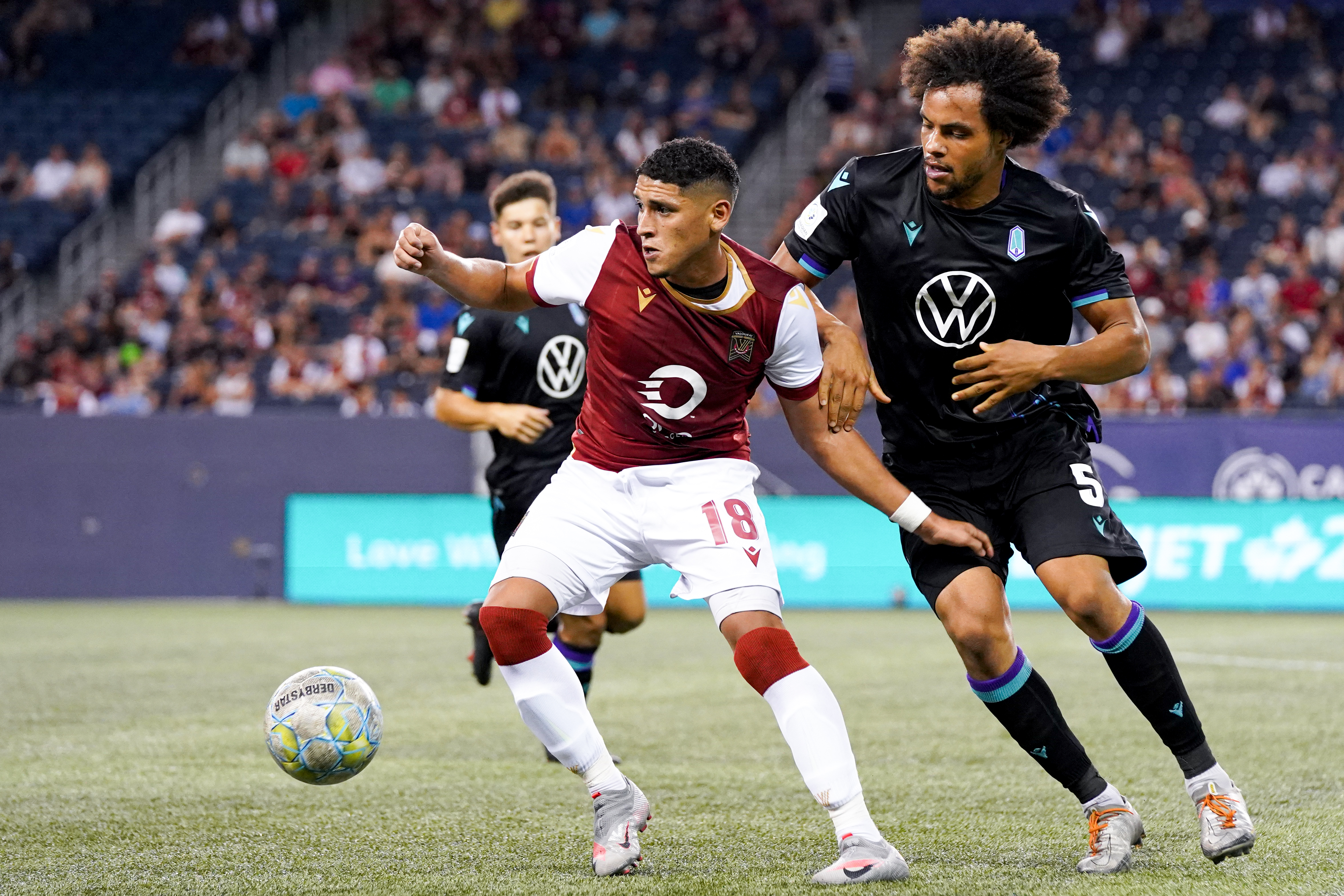 “We’ve got to find ourselves out of it. The boys are working very hard in the very limited training sessions that we have.” | Valour FC 0, Pacific FC 2
August 16, 2021

Valour FC’s road woes have now carried over and deteriorated into a home problem, too.

With the loss Valour missed out on an opportunity to move into a tie with Pacific for top spot in the CPL, but remains in third with a 6-1-6 mark.

Pacific stretches its lead atop the tables and is now 7-4-2.

Winless on a four-stop road trip with three losses and a draw, Valour also lost its final contest in the Kickoff event at IG Field and has now gone three matches without scoring a goal.

Since a 3-nil win over York United FC back on July 18th – the club’s last victory – Valour has been held scoreless in four of six matches and been outscored by a margin of 9-2. 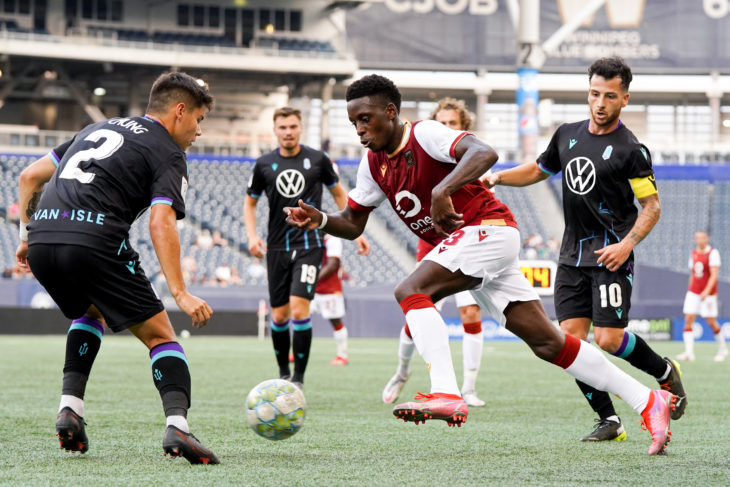 “Disappointed, really. We left them off the hook and it’s a missed opportunity for us,” said Valour FC GM and head coach Rob Gale. “It’s the final ball, little decisions here or there, keepers making key saves.
“We’ve got to turn the screw when we’re on top and were playing in their half, finding key areas. We have to turn that into chances and finish them.”

As is often the case when things go sideways, Valour’s mistakes were costly. Pacific’s first goal was a bit of brilliance, no doubt, as Manny Aparicio fed Josh Heard with a wonderful pass before Heard found an unmarked Alejandro Diaz at the back post for a 1-nil lead in the 29th minute. Aparicio then set up Terran Campbell for Pacific’s second goal, in the 73rd minute

Valour not without its chances Monday night, as the club managed 13 shots – three on goal – and had six corners to Pacific’s three and held a slight edge in possession.

Those opportunities included a chance by William Akio in the 23rd minute and a spectacular save by Callum Irving off a Austin Ricci header just before halftime.

“He made a few (key saves),” said Gale of Irving. “I think Irving was probably their man of the match tonight. He made that absolutely point-blank one, he robbed Willie at least twice… goals change games, right? And we had the momentum after the goal. At the end of the first half it was all us and you’ve got to… no excuses, we’ve got to find a way to put the ball in the net.

“We’ve got to find a way to turn good football into more goal-scoring chances and take the chances in key moments. And, again, we’ve got to eliminate basic errors in the goals that we’ve conceded.”

Valour will be in the nation’s capital on Saturday for a Canadian Championship match against Atlético Ottawa and then return to regular CPL action next Tuesday.

“I just felt if we had of got a goal in the first half today we would have kept on. But, we’ve got to recover and go again. There’s no two ways about it.”

-The club announced Monday that Section 111 at IG Field will be named ‘The Destroyer’ section after Desiree Scott, the veteran member of Canada’s Olympic gold medallist national women’s team and proud product of Winnipeg.