Vic the Lion was born on Winnipeg’s Valour Road, just like the street’s three heroes – Corporal Leo Clarke, Sergeant-Major Frederick William Hall, and Lieutenant Robert Shankland. He grew up dreaming of the day he could cheer on Winnipeg’s very own professional soccer team, especially after hearing tales of the Winnipeg Fury and hoped one day he could lace up his cleats for his hometown squad. 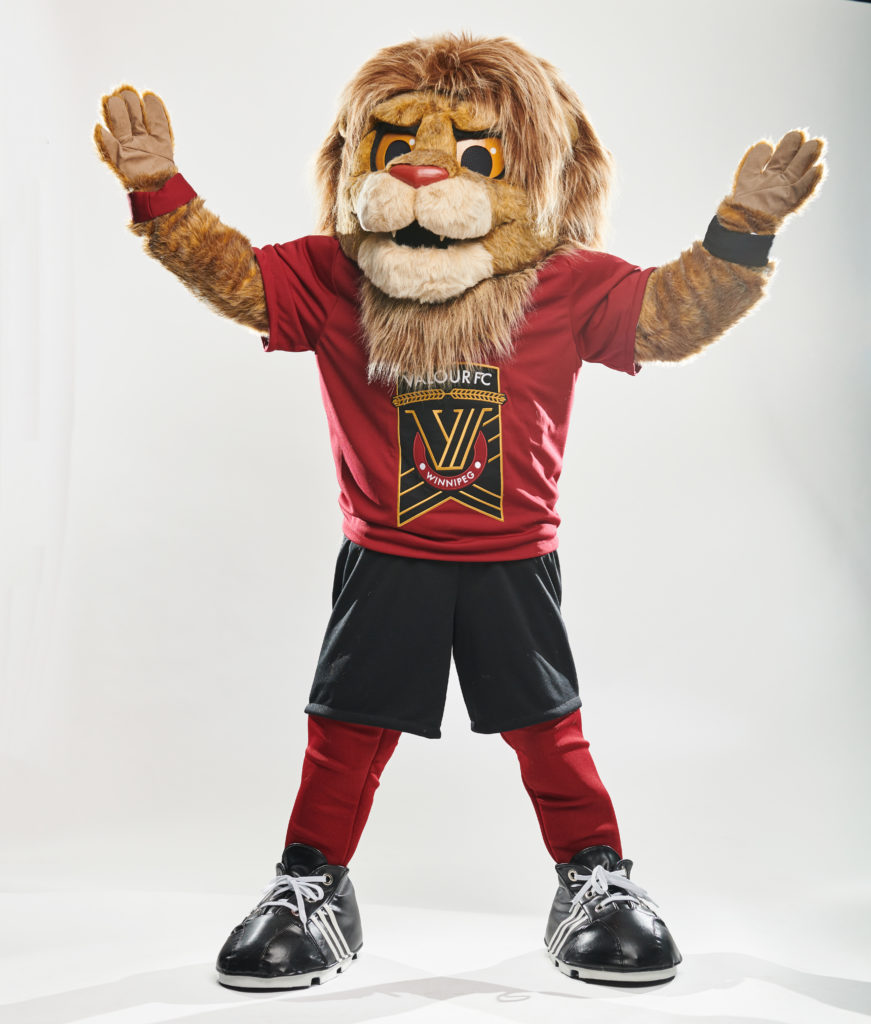 The Victoria Cross, created in 1856 and named in honour of the British Victoria Cross, is the highest award within the Canadian honours system, taking precedence over all other orders, decorations, and medals. It is awarded by either the Canadian monarch to any member of the Canadian Forces or allies serving under or with Canadian military command for extraordinary valour and devotion to duty while facing hostile forces.

The Victoria Cross is adorned with a crowned lion, standing guard.

Representing strength, courage and leadership, more than any other animal, lions embody the team’s very name – valour. It is for this reason Vic the mascot is a lion, and his name is an abbreviation of “Victoria Cross”.