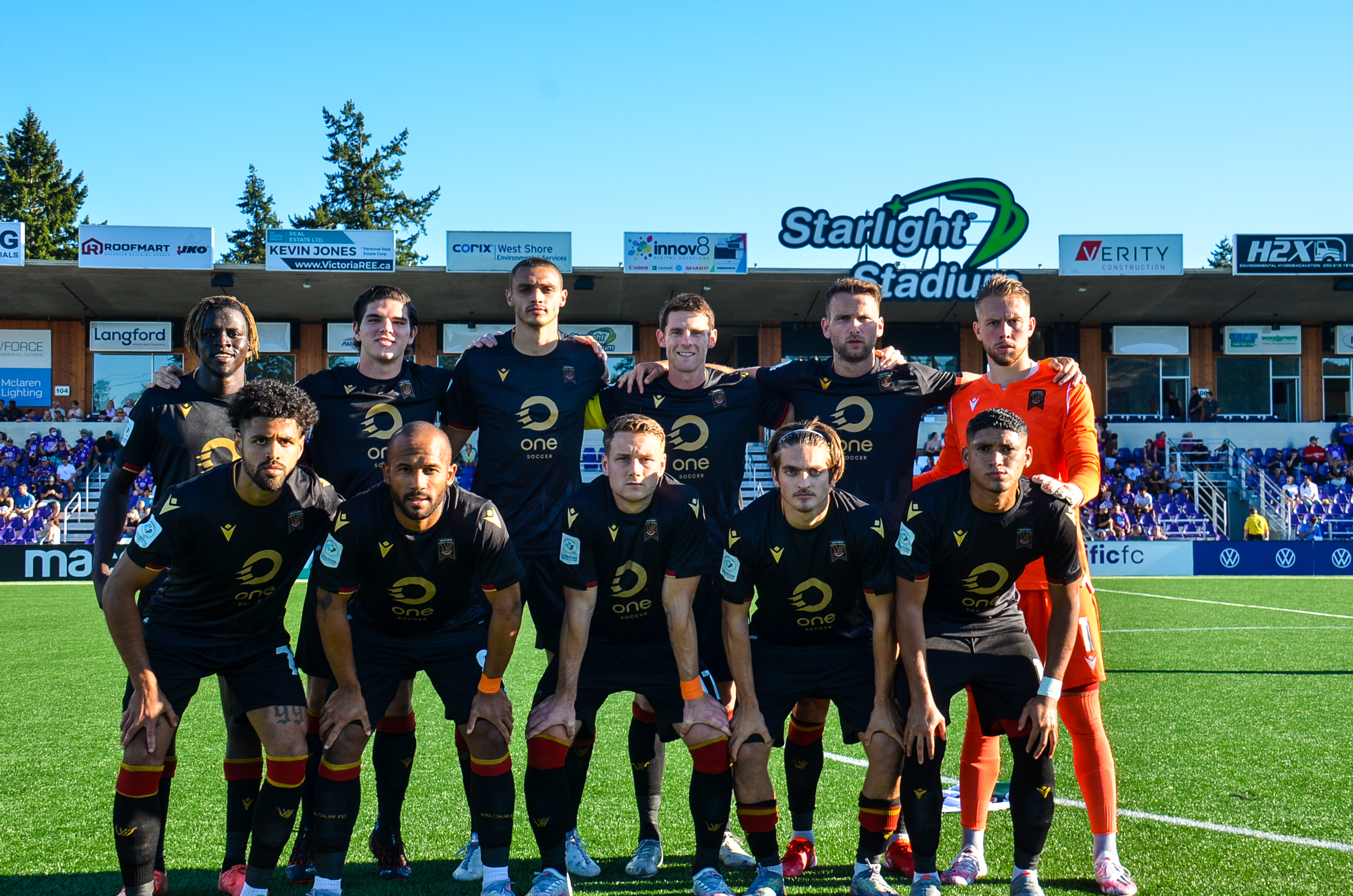 “That’s football sometimes. We have to learn from it and take it into our next match going forward.” | Valour FC 1, Pacific FC 2
August 4, 2021

This one is going to sting for a bit.

Valour FC’s losing streak stretched to three Wednesday night after a crushing 2-1 defeat to Pacific FC at Starlight Stadium in Langford, B.C. and, in the process, the side has now surrendered top spot in the Canadian Premier League.

Valour now falls to 6-0-4 and has been leap-frogged by Pacific, which improves to 6-2-2 with its third straight victory and has 20 points to Valour’s 18. Valour’s four-match road trip continues Sunday in Calgary against Cavalry FC.

Now, what will make this one particularly hurtful is how the result got away from them in such a messy manner.

Tied 1-1 in the second half, Valour went up a man in the 75th minute Pacific goalkeeper Callum Irving was red carded for a hand ball outside of the box, giving the visitors an extra man for the final 19 minutes, including extra time.

Yet, even playing a man down it was Pacific which found some magic as Marco Bustos – the Winnipegger and former Valour star – slipped in behind the defence to head home the winner in the 87th minute.

“It was a terrible goal to give away, especially at that stage and we should have seen it out,” said Valour FC GM and head coach Rob Gale afterward. “We’d been disciplined all game it was just a bit of naiveté.

“It’s sloppy. You can’t give away that easy an goal when we’re up the field and should just see out the game for a deserved point.

“We gave the game away.”

Valour opened the scoring against the flow of play in the 41st minute, as centre back Rocco Romeo – playing just his second match of the season after being loaned by Toronto FC – flicked a header on a perfect corner from Sean Rea past Irving to give the visitors a 1-nil lead.

Pacific, pushed back in the second and after a series of chances spread out over a 10-minute stretch, found the equalizer as Lukas MacNaughton found some space – with an injured Brett Levis being tended to on the sidelines – to beat Jonathan Sirois with a shot just inside the post.

What happened after that, with Valour tied and a man up but falling asleep defensively at a critical moment, will keep Gale & Co up all night.

“I thought we played a fairly good game, honestly,” said Romeo. “Going in 1-nil at halftime we knew what the directive was: secure the three points or, worst comes to worst, secure the point on the road. It’s unacceptable to concede two goals in the second half.

“That’s football sometimes. We have to learn from it and take it into our next match going forward.”

-Romeo on his first goal and joining Valour:

“It’s an honour to score for this club. The club welcomed me with open arms and working with Rob again is a pleasure. I’m really enjoying my time here at Valour. I’m a big guy so it’s kind of my duty to get my head on any set piece offensively or defensively.

“The CPL is a challenging league. It’s not a league to be taken lightly or a league that should be overlooked by anyone. Me coming down from MLS it’s good to get my games in also.”