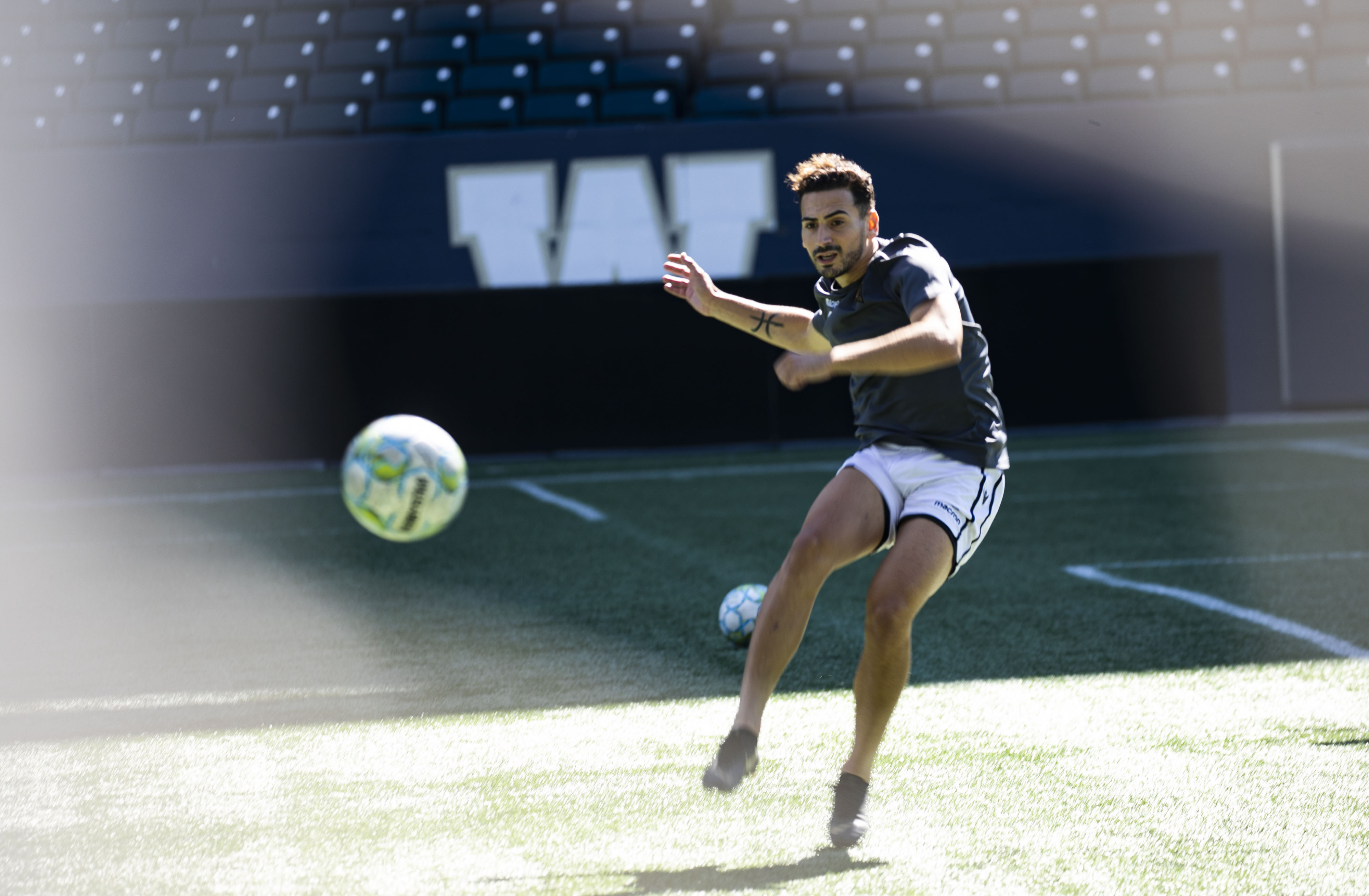 Valour FC re-signed Masta Kacher this week. Here are 5 Things To Know about the 24-year-old forward:

Kacher was born in Azazga, Algeria and he and his family moved to Montreal when he was six years old. His uncle was the first of his family to move to Canada and his family followed. Many of his relatives are teachers, and they chose Canada for opportunity, for this country’s health care and the education their children could get here.

He has dual Canadian-Algerian citizenship.

Kacher began as a member of Montreal Impact Academy, signing in 2011 just a year after it had been established. 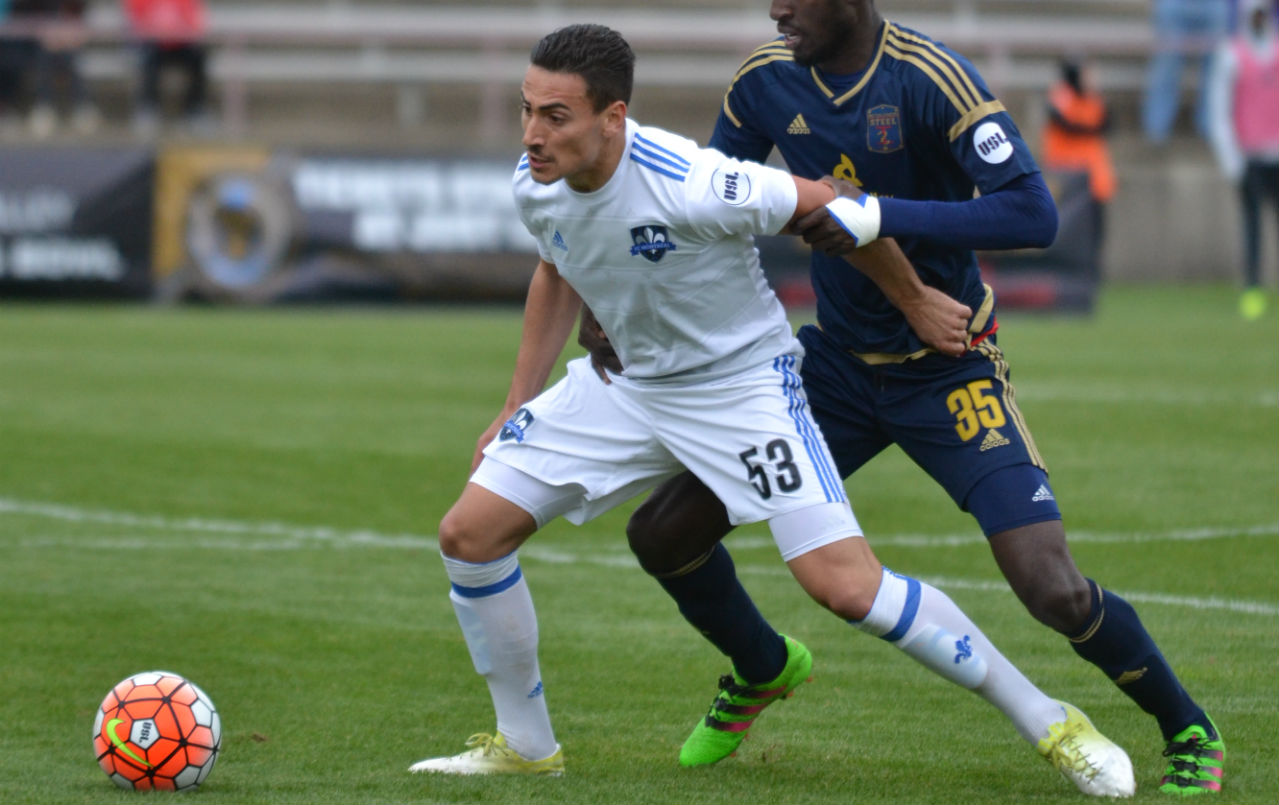 He made his professional debut for FC Montreal in the USL in 2015 and scored four goals in 36 appearances across 2015-16.

He signed with the Colorado Switchbacks in 2017 and scored eight goals in 32 matches. He was the only player in the entire United Soccer League to start every game during the 2017 season. He was featured on the USL Team of the Week four times and a goal against Real Monarchs was a USL Goal of the Year Finalist.

Kacher was then acquired by the Monarchs in February of 2018 and scored four times in 37 appearances for that club before a midseason trade to Saint Louis FC in 2019. He scored once in six matches for Saint Louis.

Valour FC officially signed Kacher on April 3, 2020 – about a month after the Canadian Premier League had cancelled training camp and postponed its 2020 season. He met his new teammates during the club’s Zoom calls and then arrived in Winnipeg during the summer when restrictions had eased. 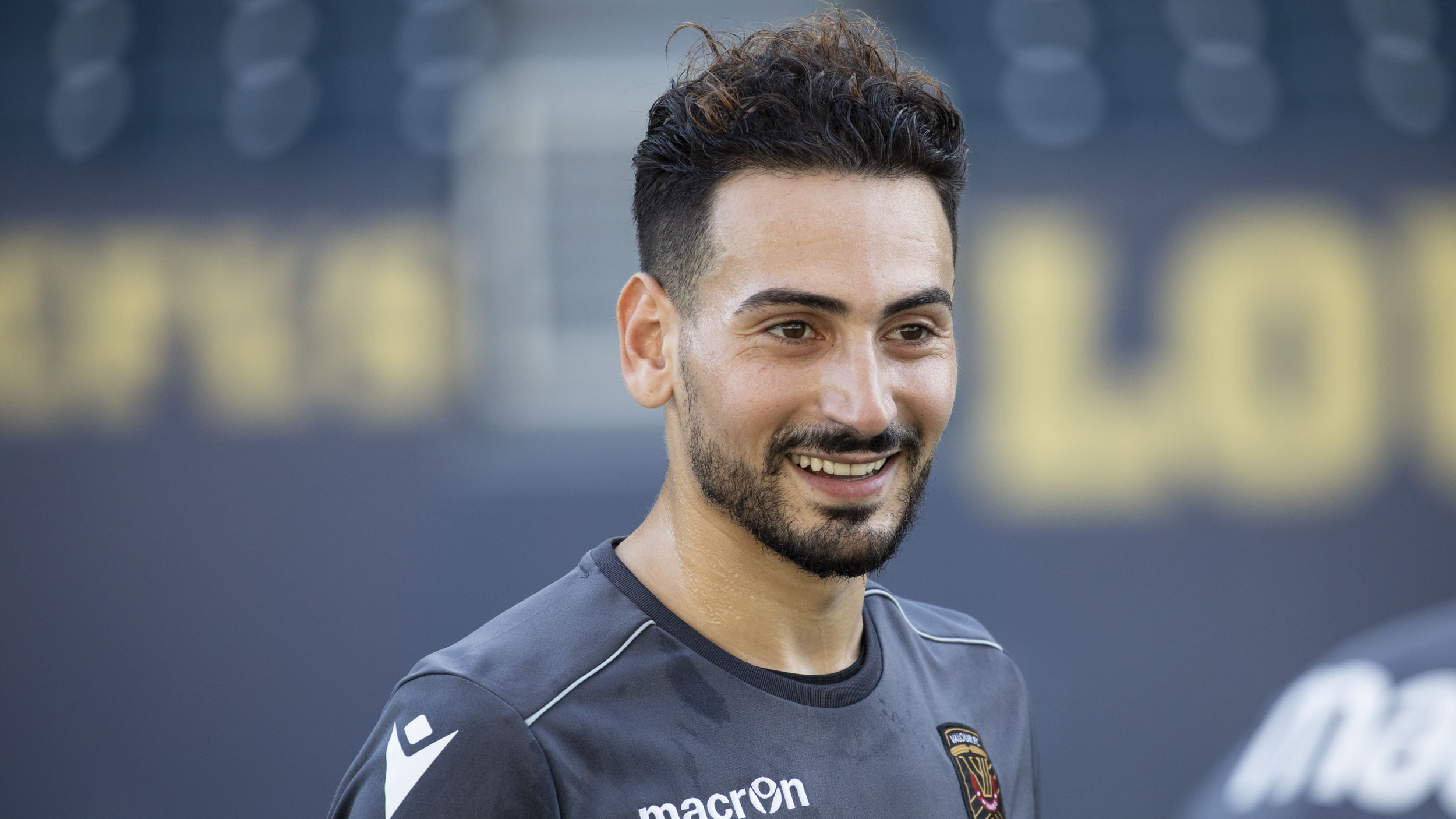 The club had tried to sign him in 2019, but his commitments to the USL kept that deal from happening. Kacher did his homework on Valour and the CPL, watching games on OneSoccer in its inaugural season and then asking one of his good friend – former Valour FC midfielder Louis Beland-Goyette, now of the HFX Wanderers – for intel on Winnipeg and the set up here.

Kacher officially re-signed with Valour on October 9, 2020. He made six appearances in the club’s seven matches at the CPL’s Island Games, scoring one of the most memorable goals of the tournament.