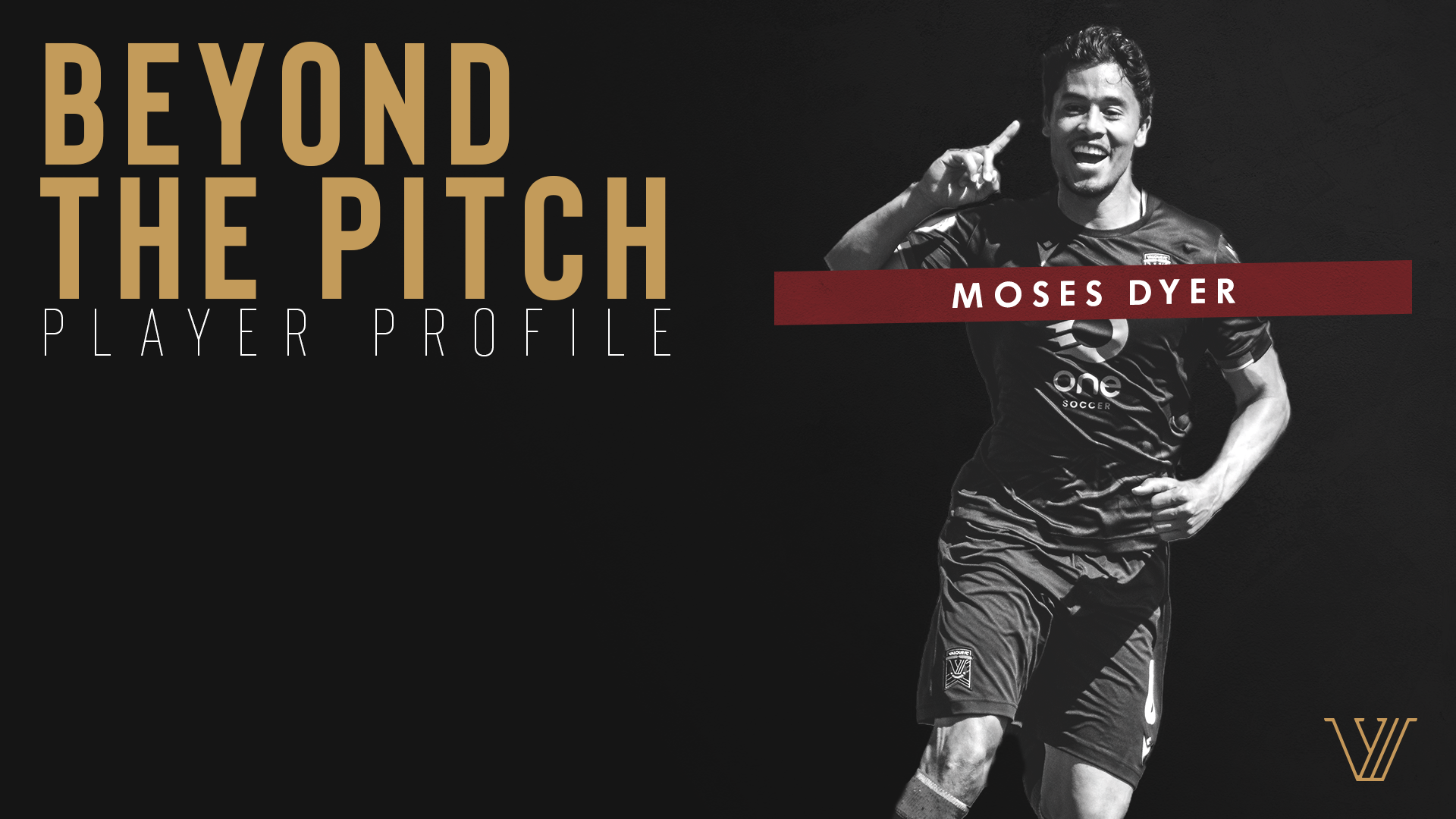 Moses Dyer remembers his days in demolition and a gig that was so physically draining he could barely lift his arms when his shift ended at three or four in the morning.

He remembers lifting heavy bags of soil onto trolleys during a summer job at Plant Barn. There was also the job he had as a 17-year-old working at a brewery, one hour bleeding into the next as he packed box after box after box with spirits.

And he certainly remembers how difficult it was for his mom Jonnina to raise seven kids on her own as the Dyer family grew up in Auckland, NZ.

“My mom… she’s my superhero,” said Dyer in a recent 40-minute conversation with valourfootball.club about his life and career. “I mean, she raised seven kids on her own. And the older I get the more I respect what she did.

“I realize now that would have been some hard work because every day was a struggle growing up.”

Take a peek at Dyer’s football resumé and there is so much stands out, from making appearances for the Kiwi national team, to playing every minute for the All Whites at the 2017 FIFA U-20 World Cup. 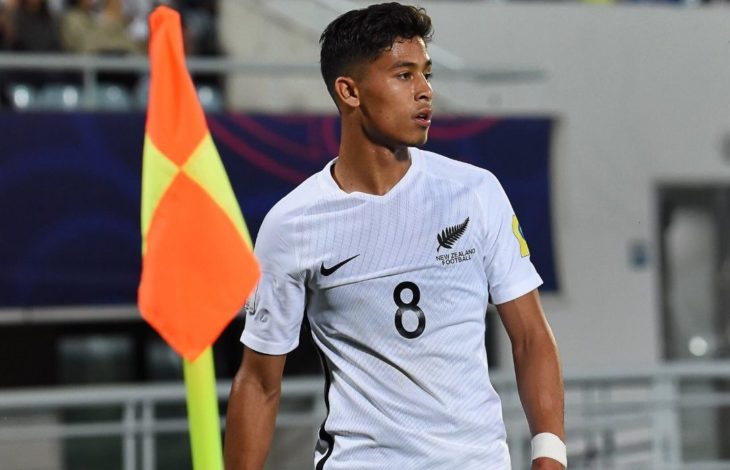 His career has taken him from trials and stops in New Zealand, Slovakia, Norway and now with Valour FC in the Canadian Premier League.

What that resumé doesn’t show is how bumpy the road was to get to where he is now.

“There were five boys growing up, so you end up becoming quite tough,” he said with a chuckle. “We were always fighting, but the good thing about it is because there were so many of us we were always outside playing games. It was always sports, whether it was rugby, football, tennis… anything. That was my really my childhood – being outdoors playing any type of sport.

“My mom, she couldn’t work because she was always with babies. My dad wasn’t really in the picture and completely gone after the last baby, one of my sisters, was one year old. There was so much going on, my mom actually home-schooled the four youngest ones (Moses was the third youngest and fifth child) for one year.

“Like I said, every day was a struggle growing up. It’s one of those stories. But, eventually as the brothers started growing up and could work it would help the family financially. I started working when I was 15. Everyone worked when they could. I had all sorts of jobs growing up as I tried to juggle school and football.”

Even through the odd jobs and the challenge of working, going to school and training, Dyer was always exceptionally talented. He was identified as one of New Zealand’s best early and was to attend the prestigious Nike Academy at St. George’s Park in England. Two days before he was to leave he injured his ankle, and his spot was lost.

“The day I won the spot I was so happy,” said Dyer. “I was thinking, ‘Oh my God… I’m going to be at the Nike Academy.’ Then I had to find another job.”

That took him to demolition, and shifts that often started at 5 p.m. and ended a few hours before sunrise. It also presented him with one of his first real career crossroads.

“It was crazy. I needed to make money, but I was also in the mix of making the team for the Under-21 World Cup,” said Dyer. “That was the time when I realized I can’t keep doing this.

“One time there was training before a game and I texted the coach saying I couldn’t go, I had to work. The next day I had a game I showed up and he said, ‘You’re not on the squad.’ That was the last game of the first half of the season. He sat me down and said, ‘Moses, you’re the best player on this team. We believe in you so much, but you need to start believing in yourself and you have to start taking this seriously because this could be massive for you.’

“In my head I was NOT the best player on the team. But them believing in my talent… in the second half of the season I was playing my best football and I ended up making the World Cup team and played in every minute at that World Cup.

“That was such an important conversation for me. I had always trained and I knew that I had a talent. It’s just… I don’t want to use this as an excuse, but I never really had anybody to guide me.

“It’s hard to explain. I didn’t understand how to plan my path.” 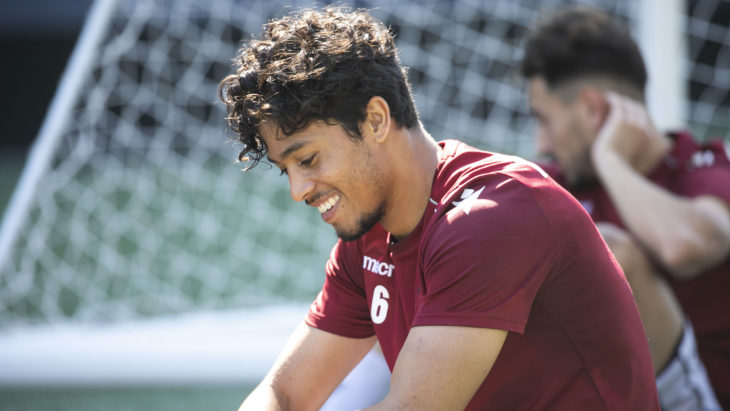 He’s understanding all that now, although it’s hardly as simple a process as a light bulb flashing on suddenly. It was while he was in Floro, Norway, playing with Floro SK that he further matured in his game and that continued last year with Valour FC and during the Island Games, where he was one of the eight players to score a goal in the team’s seven matches.

And while it might sound corny or cliché, Dyer now knows all of this – the struggles while growing up, the early career crossroads to fighting for minutes as pro – has him where he is today. He appreciates the game more. And he certainly appreciates the sacrifices his mom, and others, have made to help get him here.

“That’s so true. That’s 100 percent true,” he said. “I always say this: I couldn’t go back now to what it was like for me growing up because I appreciate it too much. I don’t want to have that struggle again.

“It’s important to remember because you can have many frustrating days, sometimes many in a row, where things are not working for you. You just have to remember exactly why you’re doing it.”