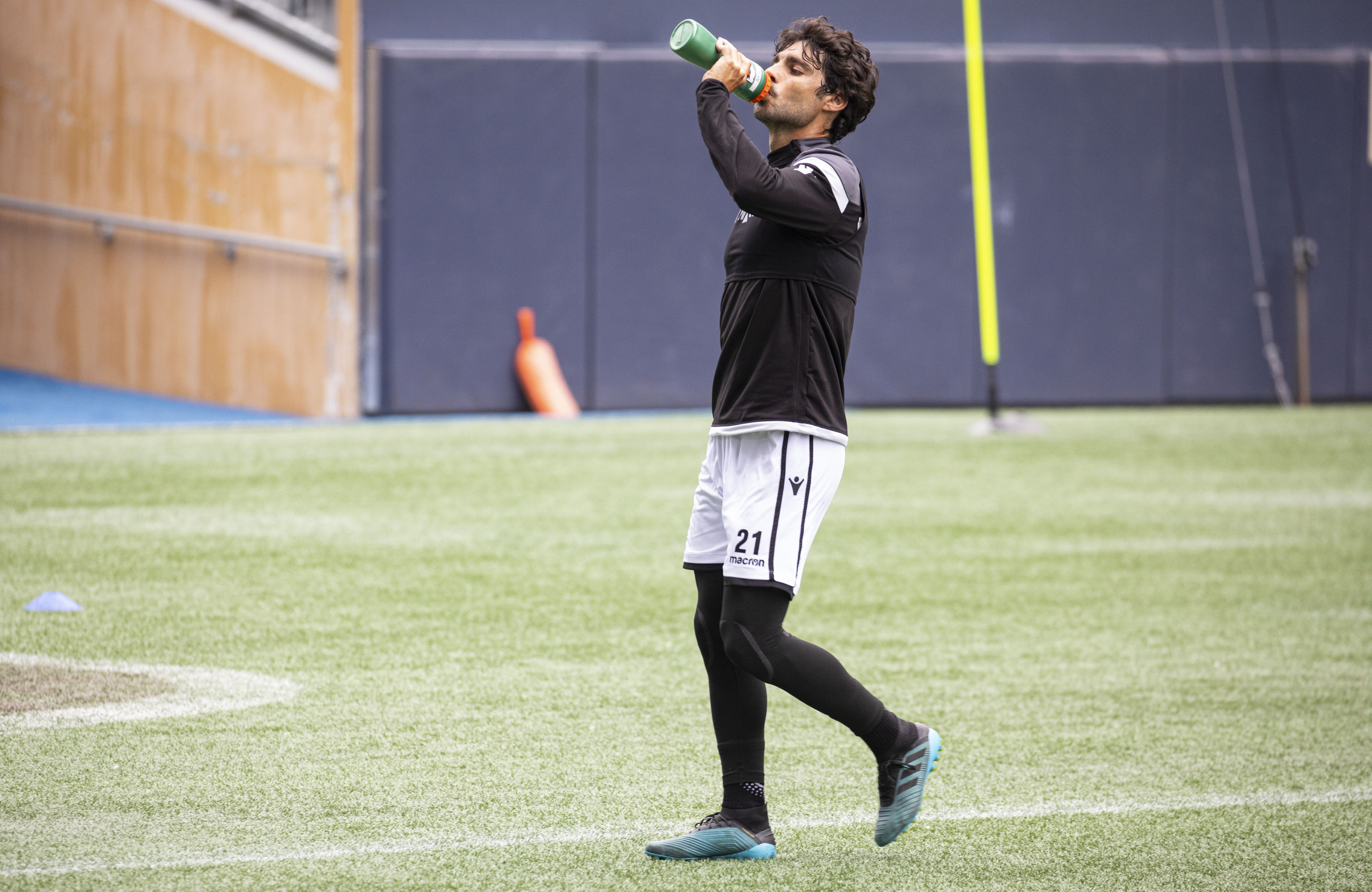 Galan brimming with optimism with return to training
June 9, 2020

It was an almost daily occurrence last summer and through the fall for José Galan: Be it in advance of a training session or on match day, the Valour FC midfielder would go through the routine of changing into his uniform and pulling on his boots before jogging down the tunnel from the locker room to the turf at IG Field.

Interesting, then, how being denied that experience because of the COVID-19 pandemic can make even the simplest of acts feel bright and new again.

“I was there for the first time on Sunday, and today was my third day,” began the amicable Spaniard after a training session at IG Field on Tuesday. “You know, I really love our locker room. I really love the stadium. It’s amazing. The first thing I said to a coach when I walked out on the field was, ‘Wow… I missed this feeling.’

“But I also miss the feeling of warming up with the music and the fans are already there cheering for you. I miss that moment when the anthem starts to play – by the way, I love the Canadian anthem – and you see the faces of the people in the stands. And I miss being so focused on the game.

“Even just being in the empty stadium over the last few days is nice, but I really miss the Valour cheers and the people in ‘The Trench’. That’s a feeling that gives me goosebumps.

“I’m happy to be back,” he added, “but at the same time I’m sad because of the uncertainty. I don’t know when the next time will be when we’re going to play with people there, in front of our supporters.” 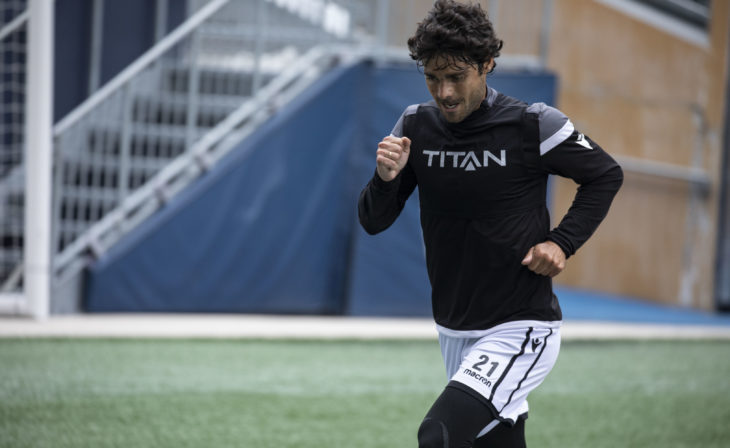 The entire sporting world is at different stages right now, some leagues/operations shutting down for the season, others already back up and running. The Canadian Premier League is contemplating different scenarios, too, but Galan won’t offer an opinion on any of that.

“It’s because right now nothing is solid,” he reasoned. “So, there’s not much I can say until there is a final decision. There are so many rumours.”

In the meantime, Galan and his Valour FC teammates are ecstatic just to have the opportunity to be back on the field again – even under the new social distancing protocols. And, big picture, the 34-year-old veteran is hopeful the CPL can survive this current hiatus and then, upon its return, continue to grow the roots that were first put down in 2019.

“It’s very unfortunate what has happened,” said Galan. “Of course, this is something that has happened all over the world and we just have to be patient.

“But, I’ve said it before, with the experience I’ve had being in 13 countries, this league – in terms of the organization, the TV through OneSoccer, the clubs… everything was amazing. The grade of professionalism was very high with the coaching and the supporters. It’s not easy to build an identity when you have a club with only a few months of life. So many people are now seeing Valour as something of their own. That’s impressive how the club was able to build something like that.

“I have such high hopes for this league. A country like Canada must have a professional league and last year was going in the right direction. I don’t think this will stop it because there are supporters all over Canada. We’ll get back and it will happen sooner or later.”

That, in short, sums up Galan perfectly. Forever the optimist, he was admittedly frustrated as the pandemic cut short Valour’s training camp and postponed the start of the season.

That outlook changed dramatically on May 15th, when he and his wife welcomed their first child, daughter Celia, into the world.

“I’m so happy to have her with us and that she is a Winnipegger,” he said. “We are so happy. It’s the best feeling ever. I cannot explain it… when I saw her for the first time it was unbelievable. The first thing I think about in the morning is her. The happiness and joy she brought is amazing.

“The only bad thing is my parents were going to come (from Spain) to see her, but with COVID it’s just been on FaceTime. But that’s OK, soon the situation will be better, right?

“That’s how we have to look at everything right now.”