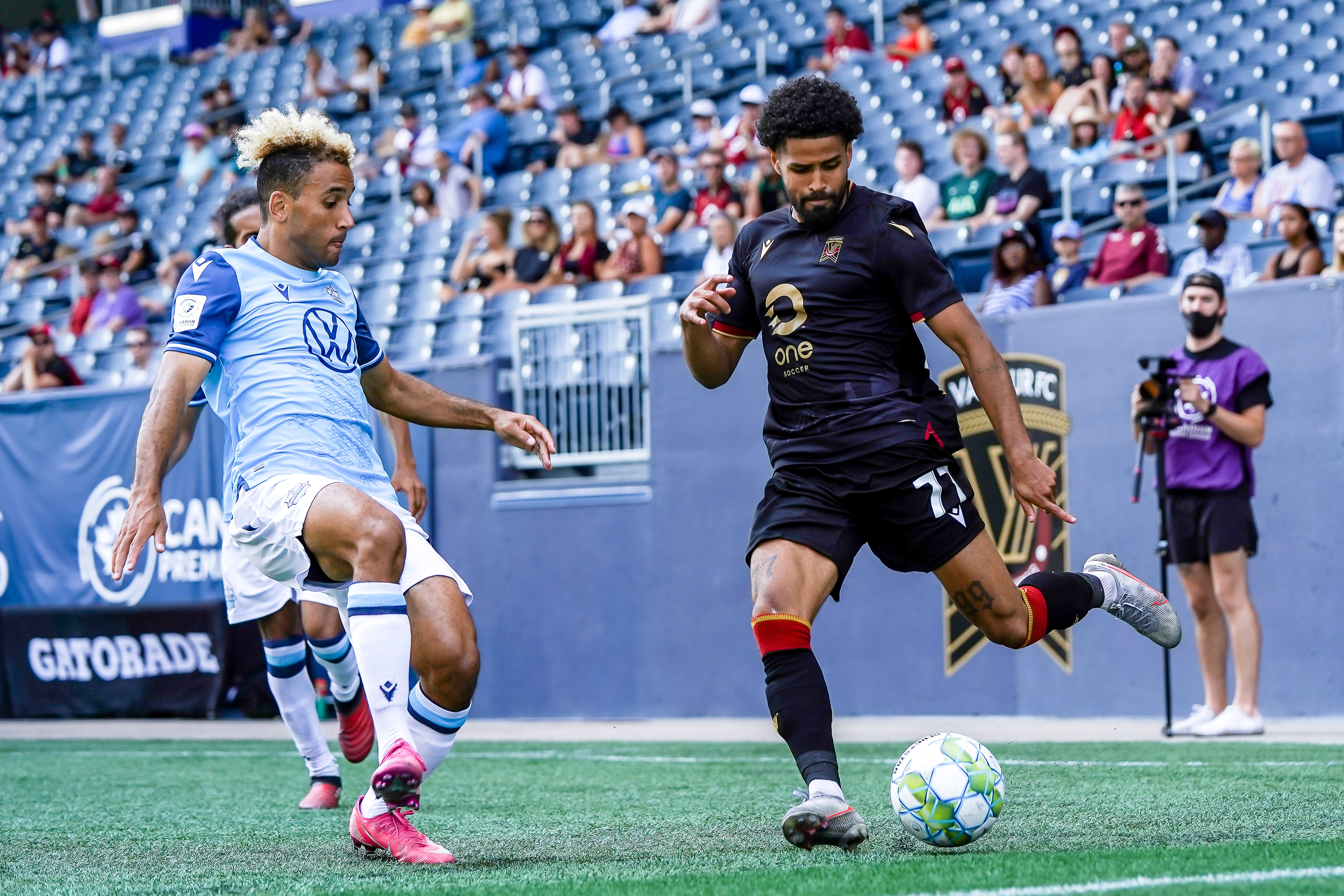 It is a game often defined by moments of inspiration. And when most of those moments for one team are authored by the goalkeeper, well, needless to say that’s likely a sign of a so-so day on the pitch.

And so it went Saturday afternoon for Valour FC in their final match of eight inside the Canadian Premier League’s Kickoff bubble at IG Field – a 1-nil loss to HFX Wanderers in which the Maritimers generated the majority of chances.

If not for Valour keeper Jonathan Sirois, who made 11 saves – many of which would be candidates for a season-in-review CPL highlight package – this one could have much uglier for the men in black.

Those 11 saves, by the way, established a new CPL record.

12 to 0 is also the biggest shots on target differential in any #CanPL match. Emphatic way to end the bubble for the Wanderers, who have had a lot thrown at them over the past few weeks and haven't always got what they deserved.

“He’s a top-class goalie, he’s been the best goalkeeper in the league,” said Valour FC GM and head coach Rob Gale in a post-match Zoom call with the media. “He’s been fantastic.

“He had a lot of long-range sighters today, a few highlight-reel ones. He’s been fantastic. He’s a great kid, great character, top man.”

Valour held the overall possession advantage at 60.8 per cent, including 65.2 per cent in the second half, but did not generate a single shot on target.

The Wanderers managed 20 total shots to Valour’s seven and also led with seven corners to four.

“We didn’t get a shot on target, so that was a disappointing fact,” said Gale. “I felt we threatened and got into the right space. The first 30 minutes we were very good… to be fair, we got fouled a lot today. A LOT. And there were a few persistent foulers and that stops your rhythm with stop-starts and then it’s hard to get going again when you’re taking a lot of fouls.

“I can’t fault the effort. We moved it well, we moved the ball side to side, we tried to open the areas… but the possession on the whole, we didn’t do enough with it clearly.”

Sirois was particularly brilliant a series of saves beginning around the 33 minute mark, with three huge stops coming on chances from Alessandro Riggi. Ultimately it was Pierre Lamothe who beat the young keeper with a brilliant shot.

“It caught me off guard, but to be frank, I didn’t see the ball that well,” said Sirois. “I had a lot of players in front of me. I saw it kinda late and that’s why I didn’t react; I didn’t give myself a chance dive. But you’ve got to give credit to Pierre. He hit a great strike and the ball came really fast.

“I played pretty solid, but there’s always room for improvement. I think I could have managed the game a bit better. I saw that our team was suffering, especially in the seven minutes after the water break and I could have managed it a bit better when I had the ball… instead of playing it short and keeping the guys under pressure maybe playing it longer and giving the guys a bit of a breather. It’s never a perfect game. There’s always room for improvement.”

Despite the setback, Valour exits the Kickoff bubble with a 6-0-2 mark – best in the CPL and four points clear of second place Pacific FC and Cavalry FC, both at 14 points with 4-2-2 records.

Valour now heads out on a four-game road trip beginning next Saturday in Edmonton and featuring stops at Pacific, at Cavalry and back to Edmonton. Their next home match doesn’t come until August 16th with a visit from Pacific.

“I think it’s going to be a slog, an absolute slog,” said Gale of the remaining schedule. “If you look at the schedule we’ve got three more of these bubbles, we’re just not in the bubble to do it. It’s eight games a month over the next three months and throw in the Canadian Championships and it’s going to be a battle game by game. It’s physically and mentally demanding on these lads.

“… We’ll build off our camaraderie and character. We’ve got good pieces coming in and great depth, which will make us a lot stronger. And then it’s everybody contributing to the cause because we’re going to need it.”