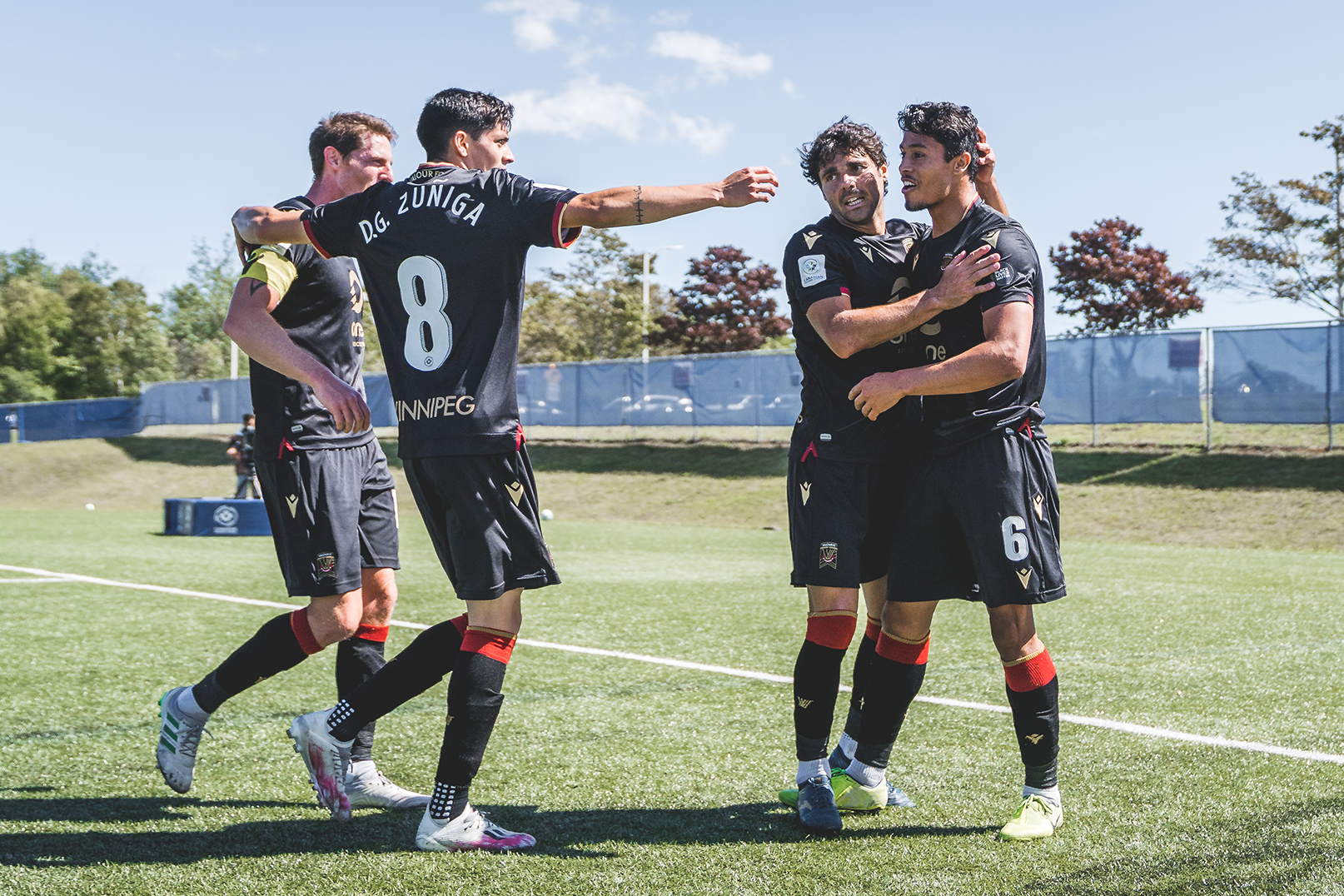 It was over in an instant, like a brilliant lightning flash across the sky.

And when the Canadian Premier League’s Island Games were completed for Moses Dyer and Valour FC, the attacking midfielder was left with one overwhelming thought:

Well, the announcement officially came on Thursday when word came the 23-year-old New Zealander will indeed be back in 2021. Interestingly, he likely would have re-signed on the spot back in September if someone had slid a contract in front of him when the troops were packing up and leaving the bubble in Charlottetown, PEI.

“The way the season finished…. everything just felt so rushed,” began Dyer in a phone conversation with valourfootball.club. “We only had seven games and when it finished it felt like it was just getting started.

“That’s why I decided straightaway I wanted to come back. The group of boys were top notch, I felt comfortable and was enjoying it and then, just like that, it finished. 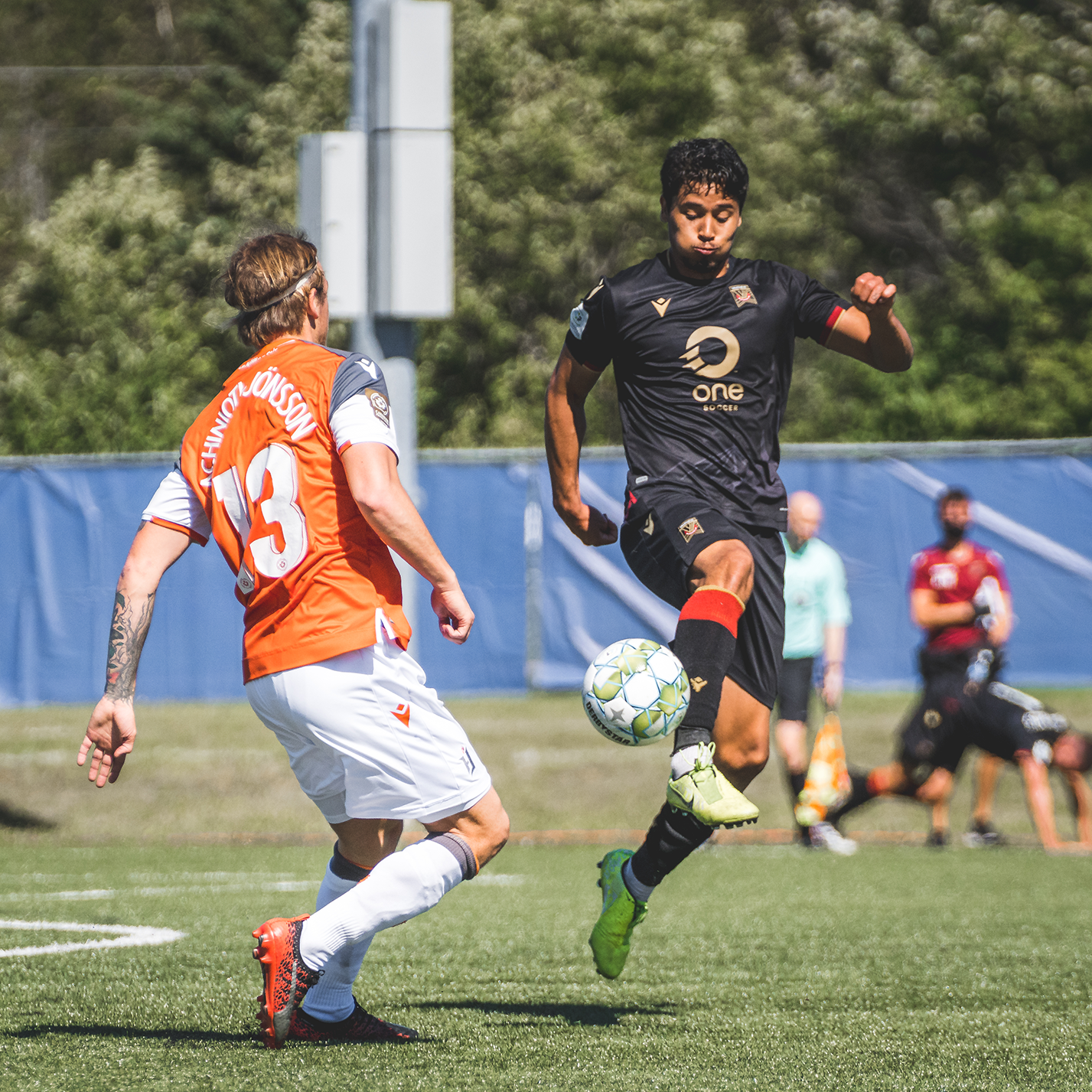 “That’s why I talked to the coach about that right after the last game.”

Dyer is currently in Oslo, Norway, after having appeared in 26 matches and scoring seven goals for Florø of the Norwegian 2nd Division in 2018-19. He’ll head back to New Zealand before Christmas and won’t come out of quarantine until the end of December.

That, plus all the uncertainty caused by the Coronavirus, has made it difficult for many CPL players to land loan agreements with other clubs before returning to Canada – hopefully – for training camps in March.

“This year… everything has been so weird with so much uncertainty,” Dyer said. “I’m used to things not being bang on, 100 per cent, but this year has been next level.

“I look back at our season… our preseason was only training. We didn’t have any games. So our first couple of games (at the tournament), you can imagine we were just getting to know each other and our fitness – and you can’t really do that in tournaments.

“But I got to know the boys well. To be honest, I haven’t had that feeling for a while. Playing in Norway the last couple of years was tough… no one is really speaking your language. Obviously they all speak English, but it just wasn’t the same. It was nice having that feeling again. 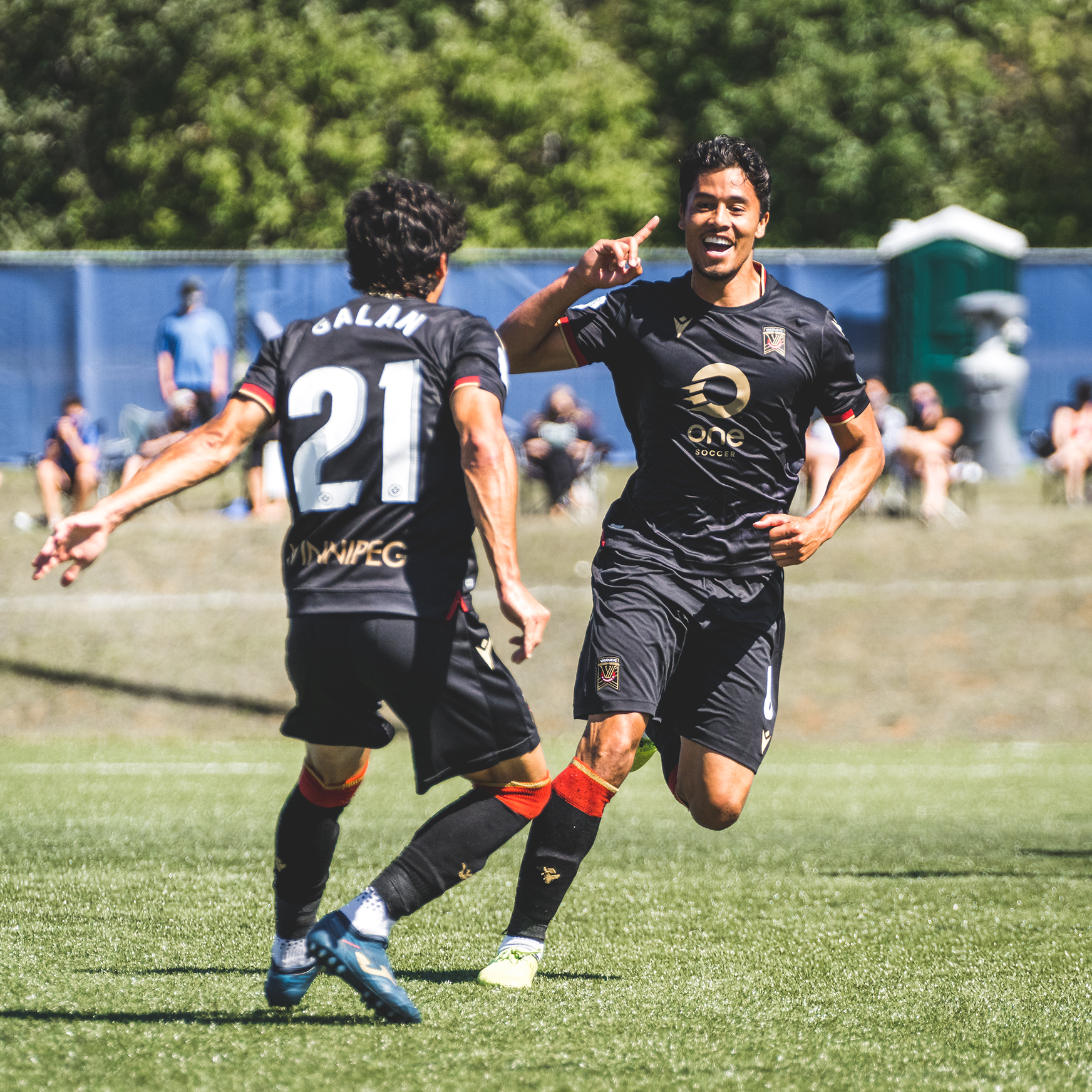 “I think next season will be special.”

Dyer was one of Valour’s eight different goal-scorers at the Island Games, and the club’s coaching staff saw enough from the former captain of New Zealand’s squad at the 2017 FIFA U-20 World Cup to want to work with him further.

“He just gets into good goal-scoring areas and with more time and a bigger snapshot that will transfer into a modern goal-scoring central midfielder,” said Valour FC GM and head coach Rob Gale. “He’s got the ability to also play on the wing, coming in off the left where he can come into those pockets we’re trying to inhabit.

“But, to me, the biggest thing was he got better as the tournament went on and he started to look fitter, physically stronger and really started to influence games. He came on against Edmonton and against Halifax and he really took those games by the scruff of the neck and showed what type of player he can be for us.

“We all felt with that improvement and what we had seen behind the scenes that we wanted to continue our investment, continue to work with him and develop his game because there’s lots more to come.”

Gale outlined the ’21 season as a big one for Dyer, what with the Tokyo Olympics on the horizon and the Auckland product still on the radar for his national side.

And, like Austin Ricci – whose return was announced earlier this offseason – the club believes Dyer has too-promising a skill set to not continue to try and develop.

“We’re invested in them and if they believe in what we’re trying to build it can be beneficial,” Gale said. “So, for me, guys like Austin, Moses, Raph Ohin, Federico Pena… let’s build them over two-three years and we’ll have the solutions we’re looking for, rather than them just jumping ship or us saying, ‘No, we’re one and done.’ I do think we have solutions inside our squad.”