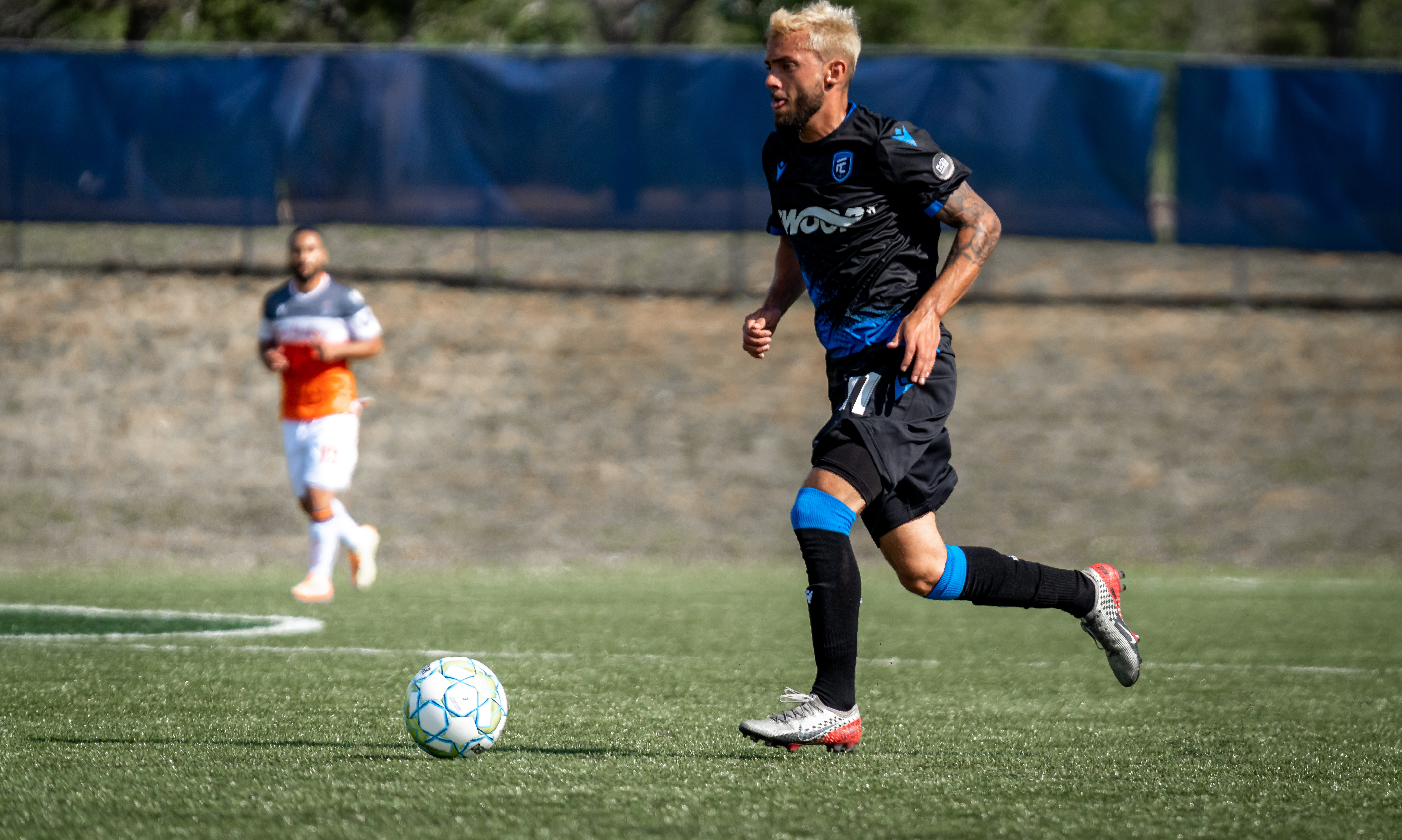 “I think we’re going to do big things this year. I feel very strongly about that.” | Alemán impressed with squad at first day of training
May 27, 2021

No one needed to rattle off the exact definition of ‘sensory overload’ to Keven Alemán – he lived absolutely all of it today in his first training session with Valour FC.

The gifted midfielder exited quarantine on Thursday, along with roommate Wiliam Akio and Andy Baquero, and trained with his new Canadian Premier League club for the first time after arriving from Toronto on May 7th.

And every step he took on and ball he played on the pitch at IG Field – heck, just breathing the fresh air and feeling the sun on his face – was simply magical.

“From the moment I woke up yesterday, the whole day, I was already thinking about, ‘Oh my God… I’m going to go train tomorrow. I can’t wait to train,’” began Alemán in a chat with valourfootball.club. “That was me and William’s thinking the whole day yesterday because we were so excited that we were going to be out.

“Today we woke up and there was even more excitement. You don’t know how great it felt just to be with the team again. I felt dead after, but it was good to be outside and breathing some fresh air and just be out with the lads. It’s the highlight of the day – it almost always is, but it’s especially so now.”

The addition of Alemán, Akio and Baquero means Valour is one step closer to having its full squad at training. Veteran defender Arnold Bouka Moutou is expected sometime next month.

Alemán said his days in quarantine all blurred together with one not differentiating much from the next. And a guy can only handle so much gaming and Netflix before he can go a bit stir crazy.

“Being inside and then getting outdoors again it just makes you appreciate everything… especially just being around people in general. You see the world in a different light,” Alemán said. “I was on PS4 a lot, on Netflix a lot and on the phone with my girlfriend a lot. That’s pretty much how my days looked.”

(Just as an aside and FYI: he’s a Call of Duty: Warzone guy, and highly recommends ‘Ozark’ and ‘Who Killed Sara?’) 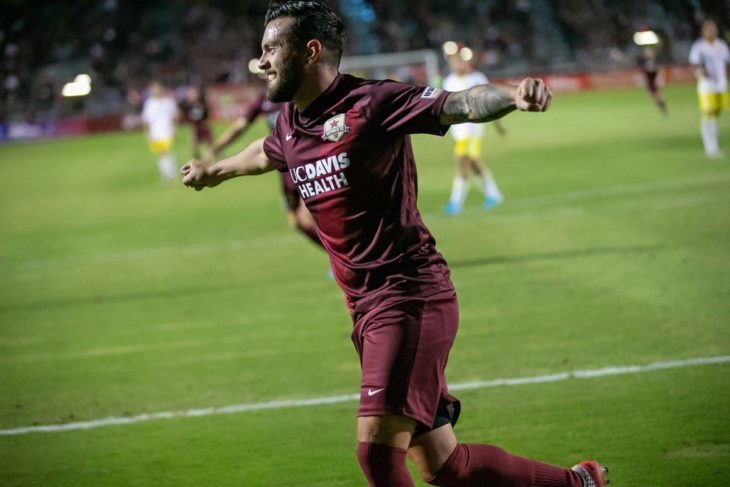 Alemán has been through the experience of joining a new team many times before, including his stint last year with FC Edmonton at the Island Games. And so when it was suggested his first training session might have felt like the first day at a new school, he chuckled and then offered this:

“Honestly, for me… I’ve gone through this so many times and been on so many different teams now it’s not nerves. I’m just excited to meet people. Everywhere you go, every team you play for, you always make friends that you leave behind.

“I was mostly excited about meeting 20 other guys that I hadn’t met before and that they’re probably going to end up being very good friends.”

Alemán figures to be an intriguing addition for a Valour squad looking for more flair in their attack this season https://canpl.ca/article/4-cplers-poised-to-break-out-with-a-new-club-in-2021. And if first impressions can be lasting, his initial take on his new squad should have Valour fans gleefully rubbing their hands together at the possibility for this year.

“Man… there’s so much talent here,” Alemán said. “Honestly, a lot of people say, ‘Oh, we’re going to win it all this year’ but I think that we WILL win it. I’m not just saying that to make the club look good. We’ve got real talent.

“From being in this league last year I don’t think I saw a team that was this strong. I think we’re going to do big things this year. I feel very strongly about that.”