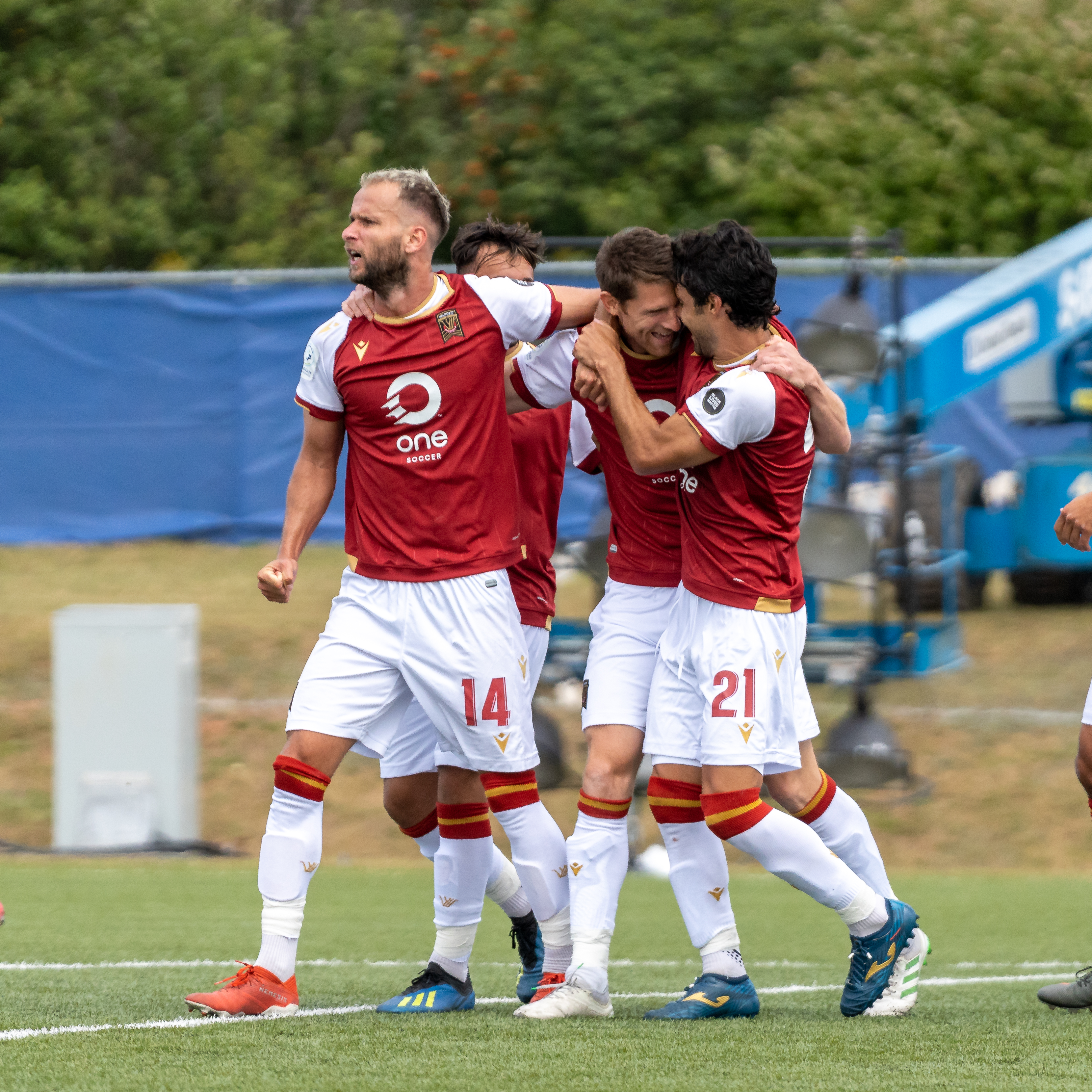 Daryl Fordyce can’t see his own finish line yet, but he knows it is approaching. After all, as the old saying goes in professional sports, ‘Father Time is undefeated.’

That said, while the veteran forward confirms that he hopes to transition to coaching one day, he does also believe he’s got some game left to give to Valour FC in 2021.

“Have you seen ‘Monty Python and the Holy Grail,’?” said Fordyce in a chat with valourfootball.club after his return to the team was confirmed today. “I’m the guy that gets his arms and legs chopped off and keeps fighting.

Fordyce, 34, pulled up lame just before last year’s Island Games tournament in PEI and wasn’t 100 percent when the event began. One of the two co-captains from last year along with Dylan Carreiro – who has since moved on – he still managed to make five appearances in the seven matches, totalling 165 minutes and scoring once, calmly finishing his own rebound off a penalty in a 2-1 win against his old club, FC Edmonton.

His skillset and experience did have him in demand over the last few months.

“I had a little bit of other interest here and there,” said Fordyce. “But I spoke with my wife and said, ‘Valour brought us back to Canada. 2020 was a write-off and so I want to repay some of that back to the club and the people that brought me here.’

“I always wanted to come back to Valour because I didn’t get to express myself at the tournament as a player. This is where I want to be. Me and my family are settled here in Winnipeg. We’ve been here all winter with no plans to leave. 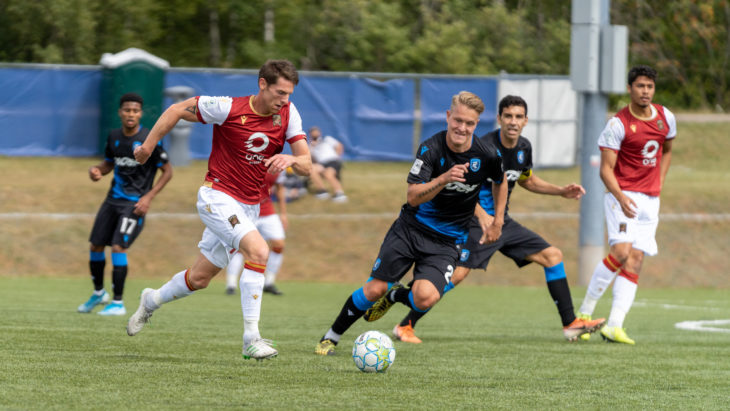 Valour FC clearly wants the next step to unfold here in Winnipeg, and then for Fordyce to remain beyond that. He earned his UEFA A coaching diploma last year and he already has the ear of the club’s coaching staff, who are also helping him ready for that switch after his playing days.

“We’ve had some discussions about that,” he said. “Rob (Gale) and Damo (Rocke) talked about starting to transition me into the coaching side of the game, which is normal at my age.

“A big factor in wanted to come back is how we had so many guys who wanted to return. That was one of the things I wanted to help try and bring to the team – a family atmosphere where we’re like brothers. We stick up for each other when we’re in the battle, but when we’re in the dressing room or not competing we’re giving each other stick, as brothers do. We can fight and argue with each other, but we know we’ve got each other’s back.

“That’s the atmosphere we did get at the Island Games,” he added. “You could see it… we shared the same hotel with all the other teams and you could see some teams were not together.”

Still, let’s be clear: while the transition to coaching is clearly in his future, a burning desire to keep playing remains aflame in Fordyce’s belly.

“I might not be the fittest guy on the pitch any more, but can I help the fittest guy be better than he is? I believe so. Transitioning into coaching is part of my plans, but I still love playing the game.”