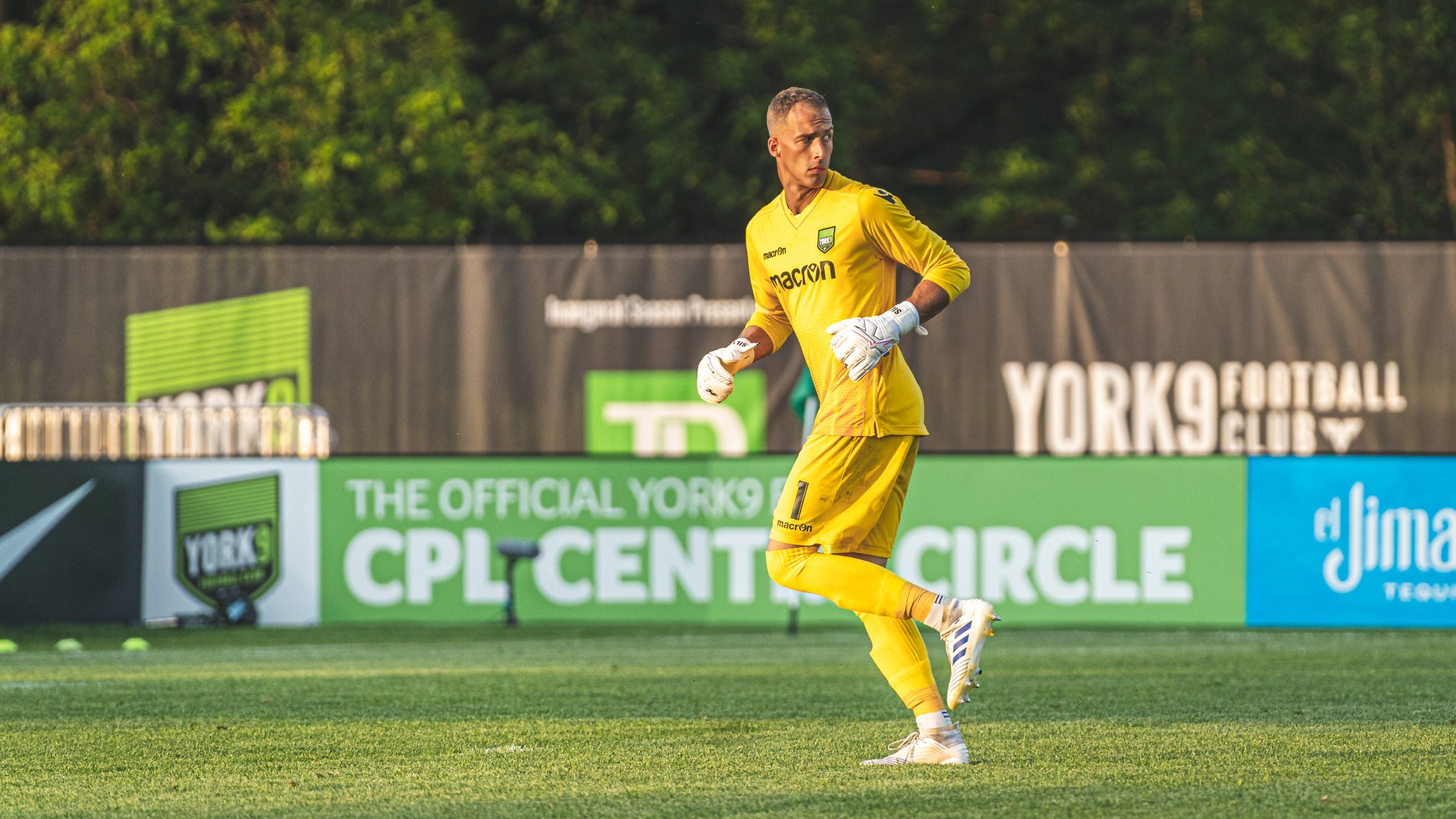 “I’m happy to be part of the Winnipeg system” | Silva looking to make Winnipeg home
June 16, 2020
by
Kellen Taniguchi

Those will soon be two common phrases coming out of new Valour FC goalkeeper Matthew Silva’s mouth. The 29-year-old has played football all around the world, you see, and after he moved back home to Ontario to play for York9 last season he made his girlfriend, Ariella, a promise: they would get a puppy if they moved again for his soccer career.

So, when Silva signed his new deal with Valour FC, he knew moving to Winnipeg would come with a price. In just over a week, the couple will begin training their new golden retriever puppy, Jude.

“We have ample time now,” said Silva. “It’s a good time to train the dog, and a good time to spend with each other and the pup. And then hopefully we can bring him over to Winnipeg and enjoy our time there with him as well.

“How much patience we’ll have, I’m not sure,” he added with a chuckle. “That might be different.”

Jude won’t be the only thing keeping Silva busy during this COVID-19 pandemic. Like everybody else, he is spending a lot more time on his cell phone and taking advantage of the extra time he has to downloaded apps to help improve his skills in the net through some “brain games.”

“There are games in there that have to do with depth perception and reaction. Those are two things that relate directly to a keeper,” said Silva. 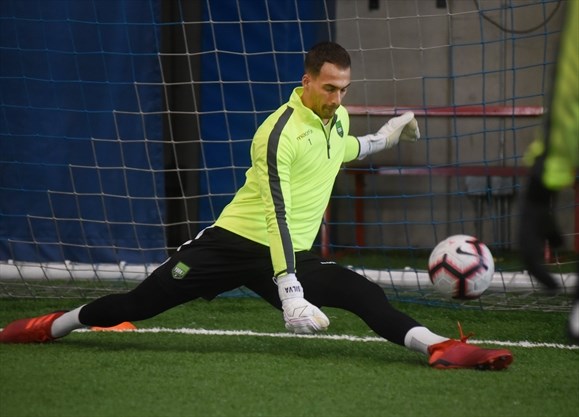 He is already taking part in the team’s virtual Zoom training sessions and met most of his teammates online from his home in Brampton, Ont. where he’s staying with his girlfriend and his parents.

The virtual meetings started before meeting the Valour squad. Silva’s recruiting phase was all done over the phone and video chats.

“It’s different,” said Silva. “But I guess on a positive note, it means that the references that they’ve gotten about me and my reputation, and possibly my game film and my agent as well have all done a good job to convince them without them actually seeing me play and train in person.”

Silva started just one match for York9 last season, a 2-1 win over Pacific FC. He broke his thumb in the preseason and the club brought in Nathan Ingham who ended up starting most matches for York9. The Canadian Premier League is new, and Silva said even though he didn’t play much, it was easier to get acquainted with his new teammates since the league is small.

“I definitely knew some players and you play every team so often that you can’t help but to get to know the guys,” said Silva.

“They’re great guys, and we’ve been doing a lot of video call sessions, whether it be tactical sessions, workout sessions, a little fun team night out if you could say through zoom, so the team bonding is there.

Opportunity is another reason Valour FC was an attractive option for the 29-year-old. Silva was the backup goalkeeper for York9 FC last season, and Valour didn’t have a designated starter with Tyson Farago and Mathias Janssens splitting games in 2019. However, fellow new goalkeeper James Pantemis will see the majority of starts for Valour this season but having a backup with the experience of Silva could go a long way.

Silva doesn’t only have CPL experience; he’s spent years playing in the United States and overseas.

He started four seasons in college for the Le Moyne Dolphins in Syracuse, NY., earning Northeast-10 Conference rookie of the year honours and three all-star nods. He also excelled in the classroom, graduating with a double major in business finance and business analytics.

From there, Silva moved to the Philippines to sign his first professional deal in 2015 with Kaya Futbol Club–Iloilo in the United Football League where he helped the team win the league title. Playing in North America and Asia wasn’t enough for Silva, as he boarded a plane to play for a couple of teams in the Division 2 Norrland league in Sweden before moving back to Canada and joining York9 for the inaugural CPL season.

Silva is excited to be back for the 2020 CPL season, and is looking forward to contributing to the soccer community in his home country.

“I’m happy to be part of the Winnipeg system and the Canadian system that’s giving Canadian kids something to play for,” said Silva.

“It’s something to look up towards. So, maybe just in the general purpose of happy to be in the system and specifically for this year in Winnipeg, for the continual growth of football in Canada.”

Valour fans, for those of you who haven’t seen Silva in action, he had these words to describe his play.

“A bit of aggression, but it’s basically out of passion for the game and for winning and honestly for care of the other players. My mentality is thinking of them first and hoping that together collectively we can all do our part and win games and ultimately make the club happy, the coaching staff happy, the fans happy, everyone happy. A little bit of all of that.”