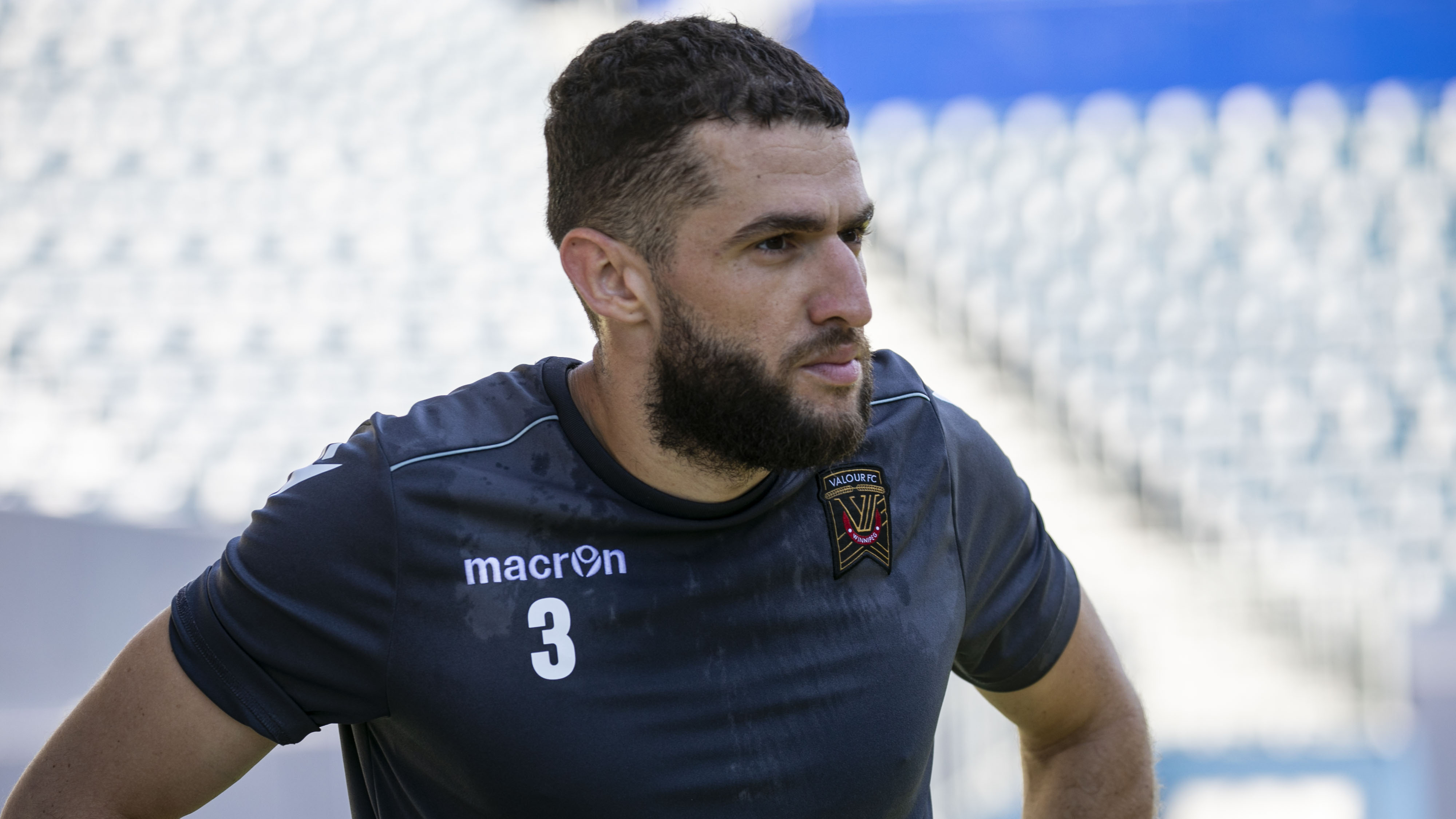 Having been through it and experienced it – ‘survived it’, might be a better term – Chakib Hocine can now understand some of the benefits.

That’s a perspective that undoubtedly comes with hindsight, the passing of time and both the mental and physical recovery from an injury.

Hocine’s 2019 soccer season featured some extreme highs and lows, all of which indirectly have led him here today to Winnipeg and Valour FC. The Canadian Premier League club officially announced the signing of the 28-year-old centre back on Monday, adding another veteran defender to its back line.

“It’s a fresh start. I’m just so focussed on this season,” said Hocine. “I feel good and I’m happy to feel good. Now I understand just how important it is to not just be healthy, but to feel healthy.

“I’m just happy even with the small things now. I’m happy to go to the stadium every day to train, to be ready to train. When you’re injured you can’t do any of that.” 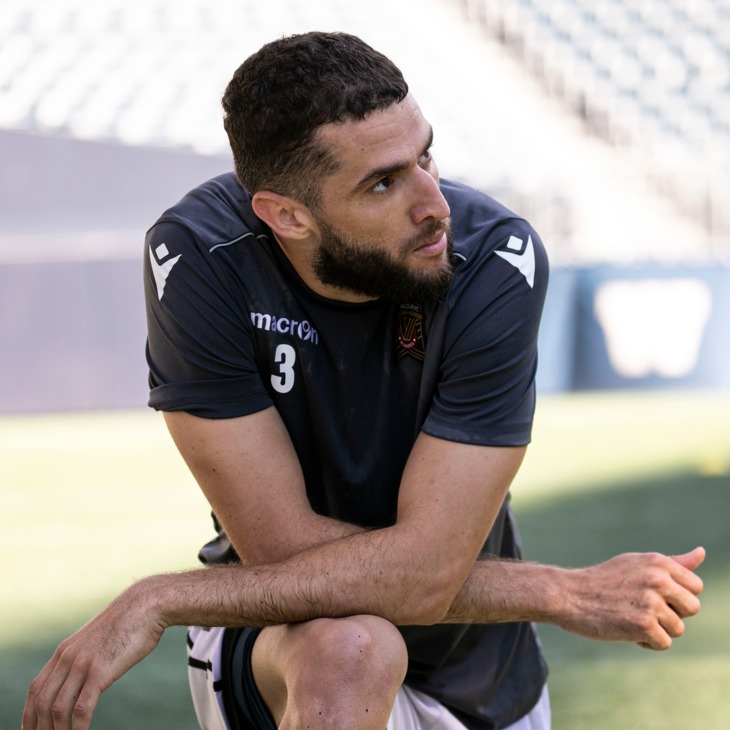 Let’s rewind to last season for some context…

A product of the Montreal Impact system – he was part of their Academy, played for the U23 side, FC Montreal and some reserve games with the MLS club – Hocine had spent most of his playing career in Quebec.

He joined the Mississippi Brilla of USL League Two in 2017, then played for Ekenas IF in Finland as the club moved from the second to first division. He had offers to stay in Finland, but last season opted to return to Canada to sign with HFX Wanderers. The Wanderers liked his leadership skill so much he was named one of their captains for their inaugural season.

But a hamstring injured lingered all year and limited him to just four matches and over the winter his contract was not renewed.

“It was hard, but off the field it helped me,” said Hocine, who moved to Canada from Algeria permanently when he was eight. “After I got injured it was tough… I was one of the leaders but I couldn’t do anything because I was injured.

But I think it also helped me a lot for the future. When you’re not playing you have time for you, you think a lot. Now I know how to manage my body better and I know about how to handle it.

“The most important thing for me now is just having the right attitude. It’s behind me now. I’m in good shape, good fitness. I feel 100 percent and ready for this season.” 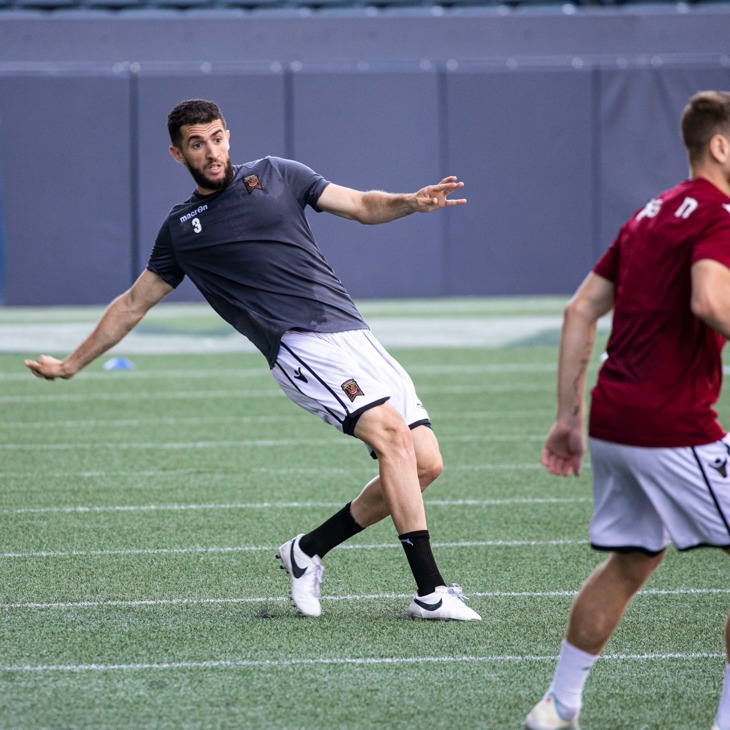 Hocine – like Austin Ricci and Shaan Hundal – was set to sign with Valour in March when the COVID-19 pandemic hit, delaying the announcement until today. He is now settled in Winnipeg with roommate Masta Kacher, a former amateur and professional level teammate during their days in Quebec now reunited with Valour.

“We were aware of him last year,” said Valour FC GM and head coach Rob Gale. “And the fact that (Wanderers head coach) Stephen Hart plucked him from Europe and made him their captain showed there was a pedigree there. It was just unfortunate with his injuries last year.

“He’s a big centre half (6-5) who has an aerial presence in both boxes and he likes to use the ball out from the back. He’s one of those defenders that can attract an opponent’s striker… he’s planking the ball forward and he should fit in well with what we’re trying to do.”

Part of what Valour FC is trying to do this year is defend considerably better than it did in 2019, when it struggled to keep goals out of their net and struggled particularly on defending set pieces.

“There’s no hiding it wasn’t good enough last year,” said Gale. “We just felt like we gave too many goals to opponents and that doesn’t help you when you want to be a front-foot attacking team.

“We’ve had a complete rebuild from goalkeeper, left back, centre backs and at the right back with the competition now with Federico (Pena), Stef (Cebara) and young Raph Garcia back there as well.”