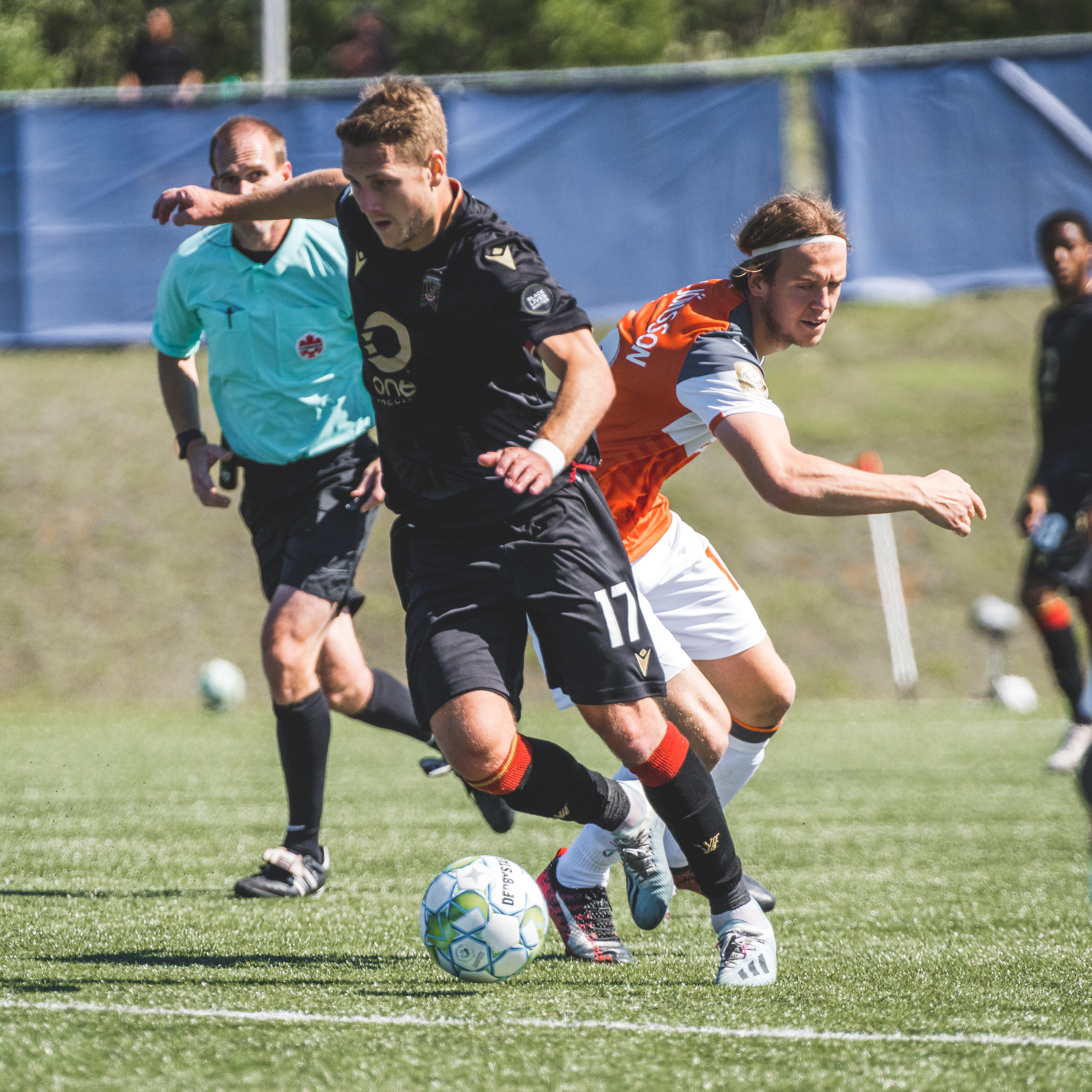 It was the smallest of sample sizes, but also just enough to leave Brett Levis wanting more days, more matches, more everything with Valour FC.

Levis and the Canadian Premier League club agreed to a contract extension today that will see the veteran midfielder return to Winnipeg for 2021. And that agreement was forged during the CPL’s Island Games experience in Prince Edward Island, but also in the days and weeks before that – pre and post-COVID – when Levis got a feel for his surroundings after initially signing last January.

“It was towards the end of our time in the bubble, right before the last game, when they brought me in and we had a good chat,” Levis explained in a conversation with valourfootball.club. “They made it very clear that they wanted me to come back and I made it clear I really enjoyed everything, even though it was really short and not a full season.

“I got along with all the players, I got along with the coaching staff and that was a big piece considering where I was coming from (Vancouver Whitecaps), where I didn’t necessarily see eye to eye with the coaching staff and there wasn’t a ton of communication. Here it’s very transparent – I know exactly what they want from me and I know they have full belief in my ability which gives me confidence.

“I’m super excited to come back. I love the team. I love what we were building and if a lot of core pieces come back we could surprise a lot of people, especially if we have more than seven games.” 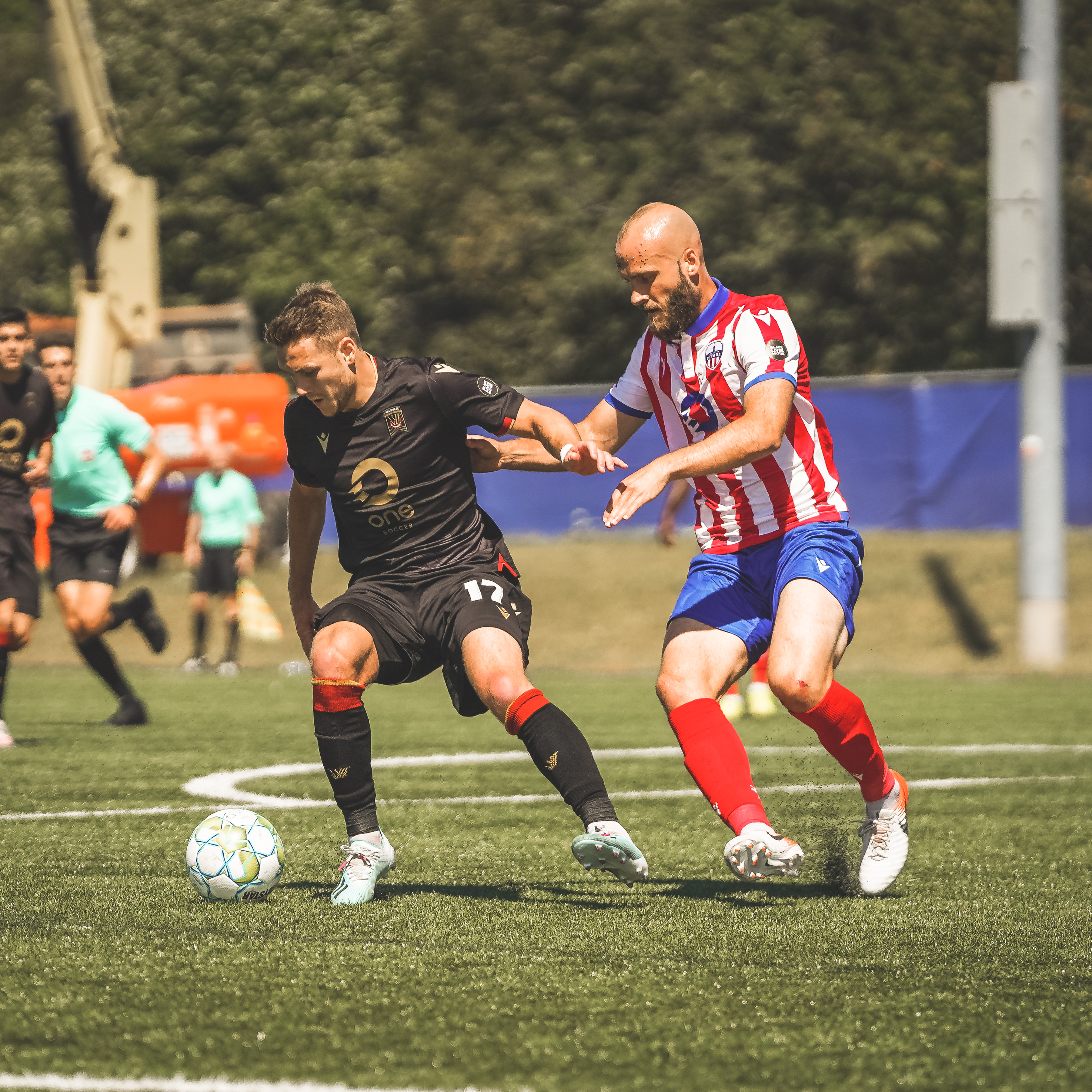 A star during his college days at the University of Saskatchewan in his hometown of Saskatoon, Levis was part of the Whitecaps system from 2014-19. He missed all of 2017 with a knee injury and made three starts and had nine appearances for the MLS club in 2019.

Still, last season he totalled just 331 minutes with the Whitecaps, a number he eclipsed – 383 — in just five matches with Valour FC at the Island Games.

“It was just nice to get a run of games again,” Levis explained. “When I was in Vancouver, I’d play, then be on the bench for a run of games and then get thrown into another game.

“Once you get a run of games you build confidence, you get to understand the personnel you are playing with. That’s exactly what happened to me. I just really enjoyed playing again.”

Levis was taking an on-line psychology course as he and his Valour teammates entered the Island Games bubble in August. In fact, he actually wrote an exam during his days in Charlottetown.

Interestingly, the whole Island Games experience also proved to be a perfect case study for team-building and bonding. It also played a huge role in Levis wanting to put pen to paper for a return to Valour FC.

“The bubble experience absolutely made us stronger,” he said. “We built bonds, because there were a lot of us who were in their first year. We got to know each other on a deeper level and built a connection. That made us stronger on the field and you could start to see it in some of the results, even those that didn’t necessarily go our way.

“There’s a lot to like. There’s the quality of players we have. More so, we have an identity. The first game ( 2-nil loss to Cavalry FC), there’s no excuse. We weren’t good enough in a number of different things, but it was our first game. After that you could tell we were building an identity. We knew exactly how we wanted to play and we executed it. At the end of the day it’s the quality of the players that drives a team and their work ethic. Everyone on the field had bought in and besides the possession numbers you also saw this fight, this effort… once you have that then the quality of players will rise to the occasion.”

Levis indicated he did have a couple of other opportunities with other teams presented to him before he recommitted. But the uncertainty caused by global pandemic, coupled with the familiarity he has with the Valour staff and his teammates, made his decision crystal clear.

“It came down to this: at the end of the day I wanted to be back,” said Levis “I told them that in our meeting: I want to come back. I want to have a full year with this team, with these players and this coaching staff and see what we can do. I want to experience that again and hopefully have more than seven games.

“I followed (the CPL) a little bit last year, but I heard it from Jose (Galan) and Raph (Ohin) and the other players who played in Winnipeg last year about how good the fan base was. Ultimately that’s the goal, to play in front of your home fans, to show them how good you are and get results for them.

“This team is fully capable of doing that and exceeding expectations. If all goes well, hopefully we can play in front of our fans next year.”