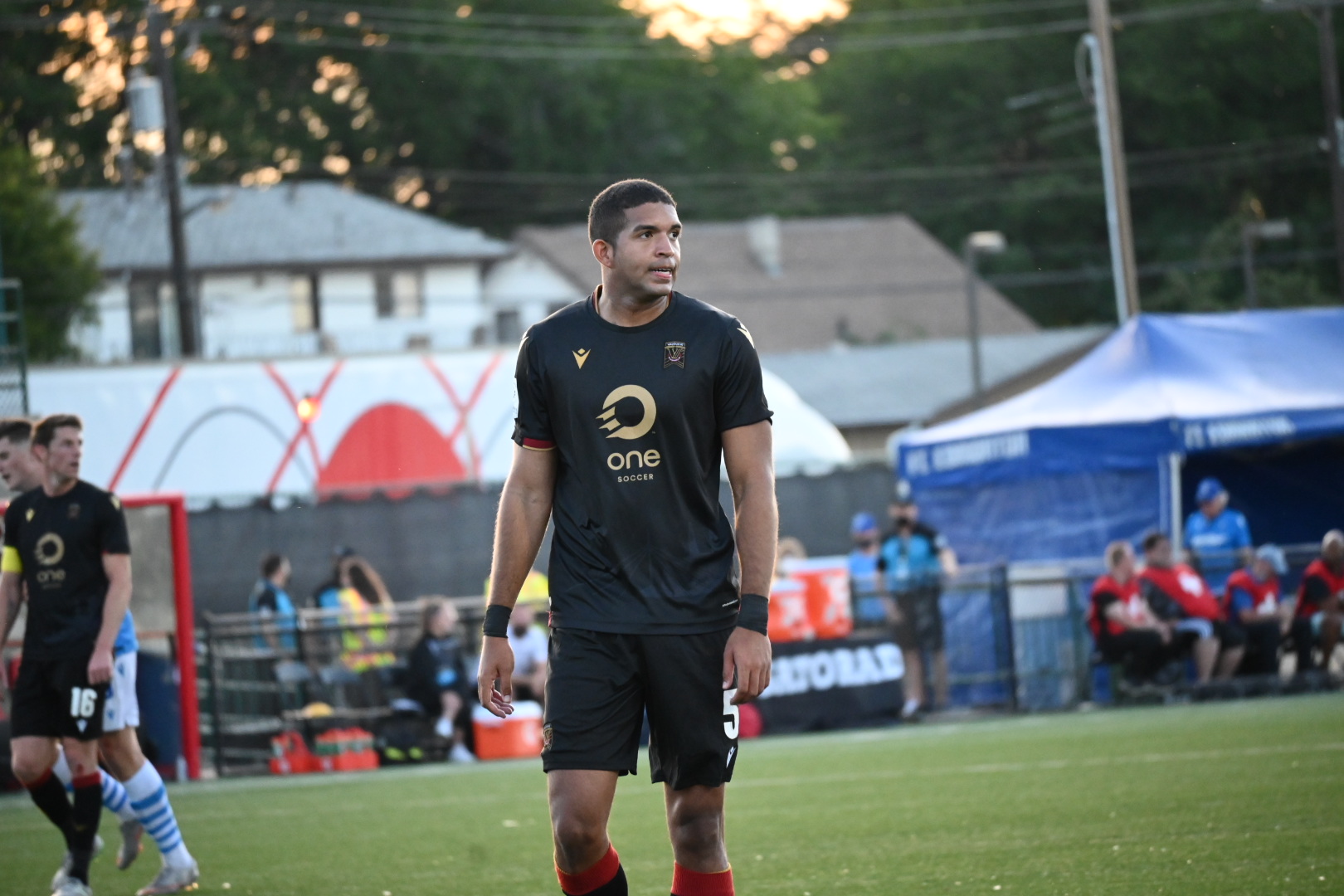 It is officially a point earned for Valour FC, but it’s one that should come with a big, fat asterisk.

The asterisk, for the record, would indicate how massive the result is for a team that carried a four-game losing streak into northern Alberta Thursday night, but instead served up one of their better efforts of the season in a nil-nil draw with FC Edmonton at Clarke Field.

As a result, Valour’s losing streak has now morphed into a winless streak, but the point – the club’s first draw of the season – now means the team has 19 points courtesy its 6-1-5 record, good for sole possession of third place in the Canadian Premier League standings behind Pacific FC and Cavalry FC.

“This shows we have the character,” said goalkeeper Matt Silva, who was brilliant in the Valour net, stopping all four shots he faced. “It takes the right type of people in the locker room to go out and get road performances. You don’t always have to win on the road – of course, you want the three points – but sometimes going away and not being in your bed with your pillow with your food is tough.

“Because we have gone now and got that point on the road hopefully gives the guys confidence that we can go and do it again. That’s our baseline on the road and when we’re home, the sky’s the limit and like the Kickoff (when the team went 6-0-2) it runs the same way.

“We can be very dangerous if we continue to have home performances like we did at the beginning of the year and also through the road performances with a point and stealing three here and there anything is possible after that.”

The nil-nil draw belies the action on the pitch, as there were a handful of potential scoring opportunities snuffed out by both sides. Valour’s best chance came in the 58th minute when Moses Dyer clanged a shot off the crossbar. 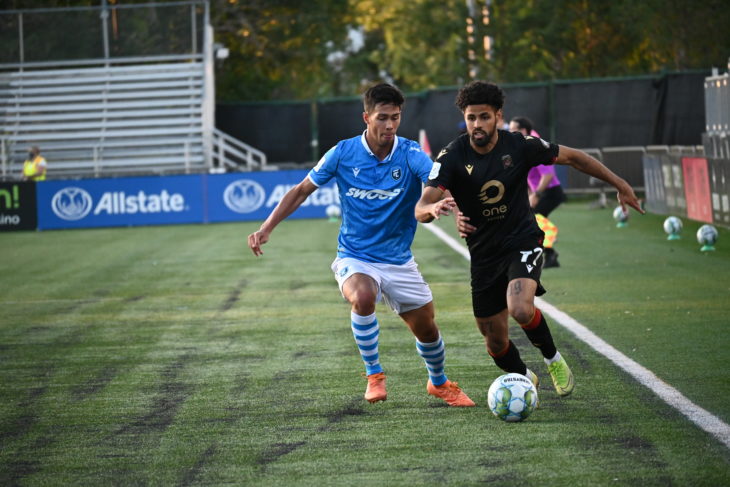 FC Edmonton, meanwhile, countered with a handful of late crosses, but Silva & Co. were brilliant in defending. All told, Edmonton had an 8:2 advantage in corners, but Valour held a substantial 58.1 possession edge.

The draw was big, too, for Silva. Making just his second start of the season, he earned his first point in the Valour net after he was in goal for a 2-1 loss to York United FC back on July 7.

“It’s a long time coming,” he said. “The guys were great back there and obviously I couldn’t have done it on my own. I think every keeper knows they’re responsible to try and make one or two saves that are going to keep their team in the game.

“The guys had countless times where they had last-ditch tackles, headers against people that were bigger than them… so obviously the clean sheet is something that the whole team gets, so I’m just proud of everybody.”

Valour now returns home to play six of its next seven at IG Field, beginning with a match this Monday vs. Pacific FC. And, again, the point against Edmonton leading into that homestand could be massive if Valour can start posting wins again.

“It’s been eight weeks outside of home for all of us,” said Valour FC GM and head coach Rob Gale. “I’ve said it before, but it’s absolutely mentally gruelling. Playing games every three-four days is physically so demanding. And games where they just lost by the odd mistake or the odd goal, it challenges the group. But they stayed together, they’re confidence has never waned, their willingness to buy-in to the game plan have never waned and, to be fair, the performances have got better.

“We’ve got a lot to build on from this. Now we want to take it forward and get back to win columns because we’re right there or thereabouts and now we need to turn the screw a little bit when we have the ball and turn that into goal-scoring.”