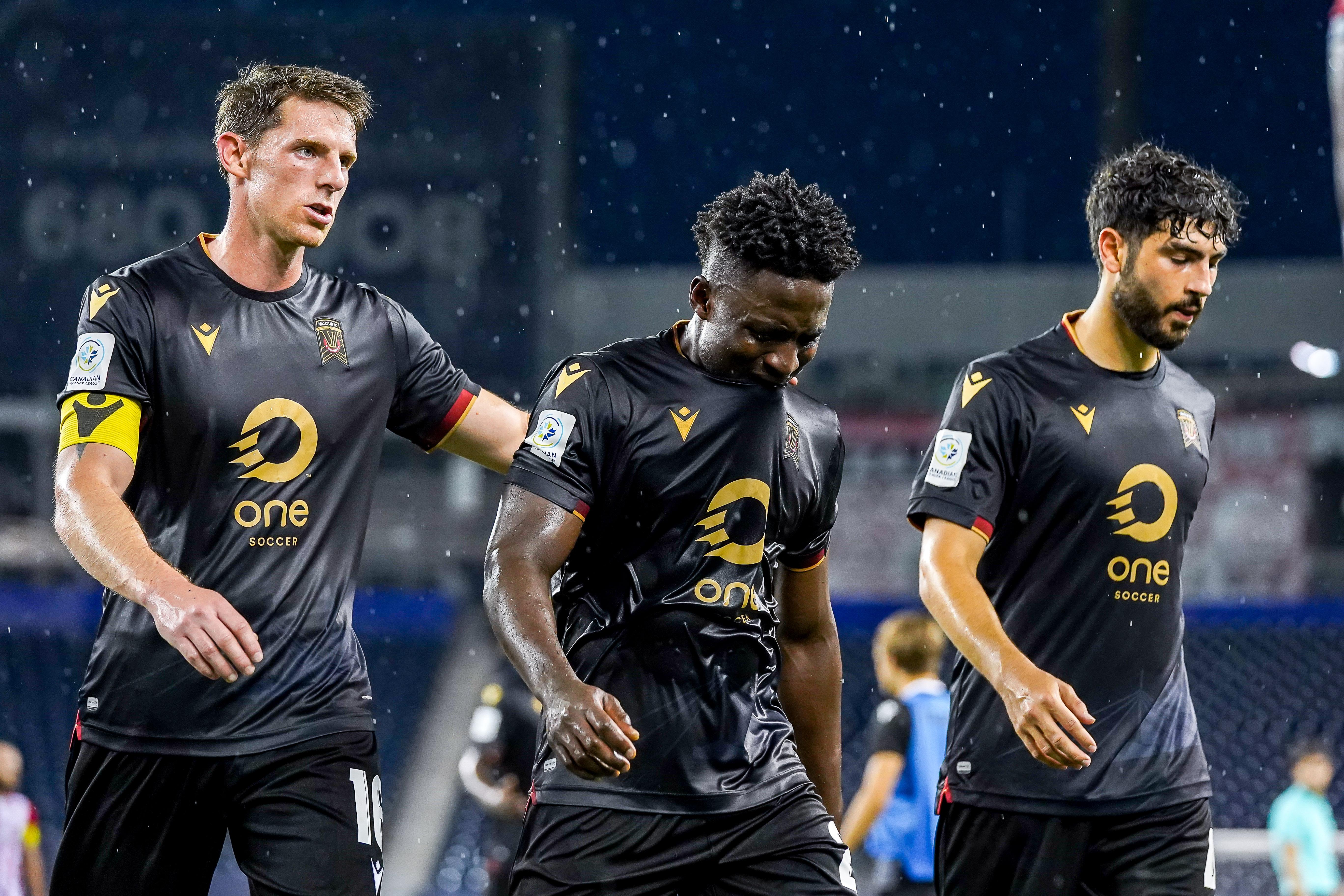 There are miles and miles of road ahead yet to be travelled in this Canadian Premier League season. Still, take a snapshot of this moment because even if it turns out to be short-lived or fleeting, it is significant for Valour FC.

Yes, get this: courtesy their third straight 2-nil victory — this one over Atlético Ottawa late Saturday night at IG Field – Winnipeg’s professional soccer club is alone atop the Canadian Premier League standings

“It’s three games into a 28-game season,” began Valour FC GM and head coach Rob Gale. “it’s not the Island Games (last year’s shortened tournament). I wish it was… we might make the playoffs.

“More for me tonight was about the process. I looked at the first two games I thought we had very good structure, good defensive shape and counter-attacked in the first game. I wasn’t happy with the Halifax game, despite the result – I felt like we didn’t execute well enough. Watched it back and we weren’t as bad as we thought and we still had a decent amount of the ball and some of the principles were there.

“Today was about the next step in that process and the ability to adapt to the opposition. It wasn’t adapting to nullify them today, it was adapting to hurt them and I was delighted with the boys that they executed it.”

Gale & Co. dipped into their bench again, tinkering with their starting lineup to get Tony Mikhael into the back line alongside Andrew Jean-Baptiste and Stefan Cebara, giving William Akio his first start up front while also moving Andy Baquero up from fullback.

It worked, as Valour managed 14 shots and – save for a Atlético goal early on a corner that was wiped out because of a foul – were full again resolute defensively.

Valour opened the scoring late in the first half, as Raphael Ohin took a brilliant pass from Stefan Cebara before blasting home his first CPL goal.

“I was very emotional. It’s been awhile,” said Ohin, “First season, second season… kept coming close but, unfortunately, I couldn’t hit the net. Today was the day. I’m excited and it’s something I’m going to remember for the rest of my life.”

Asked to elaborate further and talk about who he thought about in the moment – especially given his journey to Winnipeg from Ghana – Ohin’s emotions were on display again.

“Whenever I go on the field it’s not about me,” he said. “It’s about the city. It’s about my country, Ghana, as well. I feel like I have two cities behind me – Winnipeg and Accra, Ghana, where I was born and raised. I play for this city, I play for Ghana. I have people watching me… right now it’s about 4 a.m. back home in Ghana and people are awake watching me.

“It was very emotional. It’s special.”

Valour would add its second goal in the 82nd minute when Jared Ulloa was fouled in the box. Moses Dyer then promptly buried his second penalty-kick goal to seal the deal.

Moses Dyer scores from the penalty spot to give @ValourFootball a 2-0 win over @AtletiOttawa!

That's 3 wins out of 3 games (all 2-0 wins) for nine points to top the table, and 0 goals conceded. Valour are flying!

Valour’s growth has been obvious since the very first moments of the first game and the only people not surprised by their third victory in six days are the men inside the locker room.

“It’s the character and the attitude we have on the team right now. We have guys that really want to play, they really want to win,” said Ohin. “In the dressing room, on the field you can see the hunger, the passion… that’s something I can tell we’ve been missing for the past two years. It is different now.”