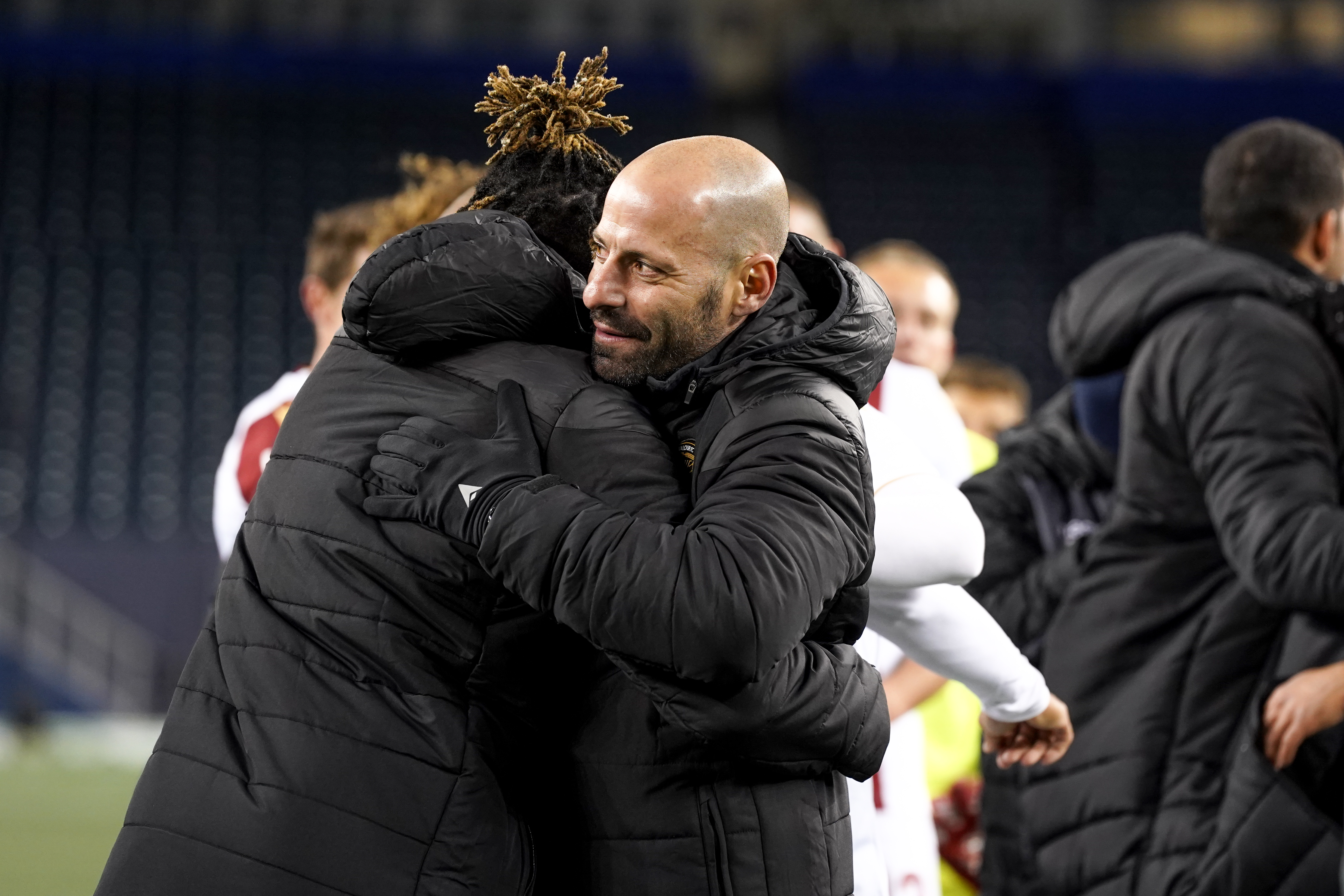 “It’s a resilient group, a group that wanted to fight until the end, a group that has quality. I look forward to seeing what the future is going to hold for us.”
November 9, 2021

It was a season that ended too soon for Valour FC. And so it wasn’t all that surprising to see new GM and head coach Phillip Dos Santos and co-captain Daryl Fordyce sitting side by side in another year-end post-mortem answering more questions about what went wrong rather than what was right.

That’s understandable given Valour FC fell just short of qualifying for the Canadian Premier League playoffs for the third straight season in the franchise’s existence.

Yet, it’s also too simplistic to summarize Valour’s 2021 campaign as just another disappointment, because wrapped around a disastrous middle chunk of the season that cost Rob Gale his gig were two encouraging stretches of dynamic play.

Valour opened the ’21 season at IG Field at the CPL’s kickoff event and exited atop the tables with a 6-0-2 mark. The team also finished with a 3-3-4 run under Dos Santos – including two wins and a draw in its final three matches – which pushed them within a whisker of grabbing the fourth and final playoff spot.

But the middle of the season – a 1-2-7 mark in which they were out-scored 16-8 – was essentially this team’s downfall. Fordyce used the term ‘roller-coaster’ to describe the ’21 season and he’s not wrong, as the peaks and valleys on this ride were as extreme in their exhilaration as they were in their discouragement.

“It was just the consistency,” said Fordyce in a media Zoom call on Tuesday. “I guess we lost just a bit of belief. The first three games (after the Kickoff event) we went away and lost them – Edmonton, Pacific and Cavalry – and from then on we just couldn’t find our feet. 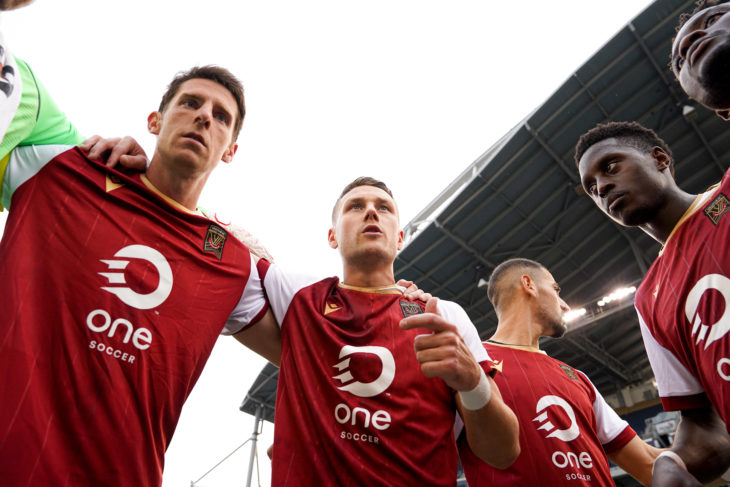 “But we could beat any team in this league and when we were on our day we were a very dangerous team. It was just conceding silly goals at certain moments in games and it was an uphill battle.

“But we have a good bunch of players. Everyone stuck at it and we made a little run toward the end. To put your finger on any one thing is very difficult because there’s so many variables in soccer.”

Dos Santos, who arrived in late September from Vancouver, hopes to have his family join him in Winnipeg soon. And he’s already started working on determining the teams strengths and areas of need.

“I always see defending as a collective thing. If there’s space for growth, I think we need to be a team that is more cohesive in the defensive side. I look at real chances that you give to the opposition and I still think that even in our good games you still end up giving up a few chances that are avoidable to the opposition.

“So, for me, it’s this: you go into an offseason and you say, ‘where are the team’s strengths and where can we improve?’ I don’t talk about positional improvement and pieces only, I’m talking about collectively finding ways of being more cohesive, more responsible with the ball.

“… It’s about playing with a bit more maturity and a little bit more responsibility. It takes work for a team to get to that point.

“It’s a resilient group, a group that wanted to fight until the end, a group that has quality. I look forward to seeing what the future is going to hold for us.” 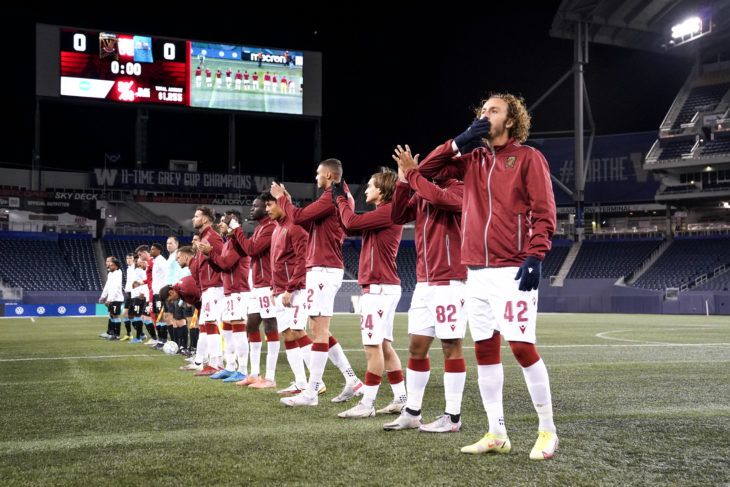 The question now for Dos Santos and Valour is simple: first they must identify who they want to return in ’22 and then determine if they can make it fit under the salary cap.

“A big part of our work has started already,” said Dos Santos. “There’s no real offseason for us because we understand how important we make sure we keep the right guys. We think there’s a very good base here. I don’t want here to be an expansion-type of offseason or a building type of offseason. I want us to be able to secure the pieces that we feel this club could identify itself with and have the right players come back. And then make sure we recruit the right players and the right players are the ones that we feel could fit well in our identify and what we want to build going forward. It takes work and we’re on it; we’ve been on it already for a while and that’s going to be the offseason.”

Valour has utilized loan agreements, particularly in the last two years, getting goalkeeper Jonathan Sirois and midfielder Sean Rea from CF Montreal this year, along with centre back Rocco Romeo from Toronto FC and defender Rodrigo Reyes from Chivas Guadalajara.

“Loans need to be a bonus for us. I don’t think we can build a team counting with players that you don’t control what the outcome could be for them. For example, I was asked yesterday about the situation with Jonathan… we don’t know. We don’t know if come January he’s going to stay with CF Montreal.

“So, you can’t count on loans. You need to build your team thinking that you’ll put together the best possible core and then loans need to be a bonus for us.”