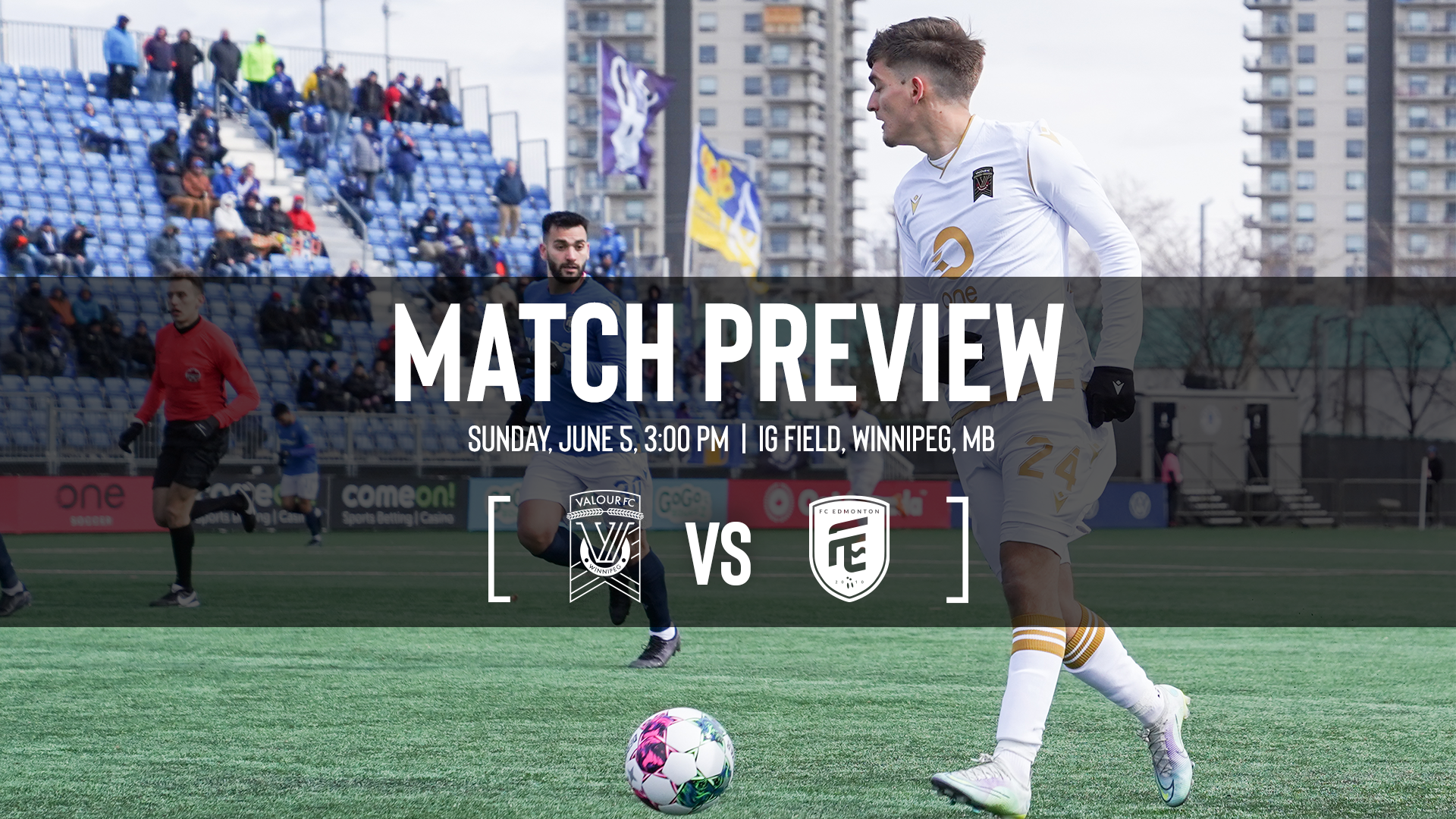 “It’s about that one goal, that one moment, that has turned to the opposition. We have to find a way of bringing it to us.”
June 3, 2022

Phillip Dos Santos was angry enough to spit nails a few nights back, especially in the wake of another late-match implosion by Valour FC.

Yet, make no mistake, Valour’s GM and head coach still has faith in his squad even after last Wednesday’s a 1-nil loss to Atlético Ottawa in which Valour surrendered the winner in the 84thminute.

Most of all he has faith in their work ethic and what is on the horizon for the crew – beginning with Sunday afternoon’s home match against FC Edmonton at IG Field.

“Everyone knows that we’re a good side that is only getting better,” said Dos Santos after training on Friday. “We’re a team that is adding quality to the roster, and so the confidence is there.

“We know we’re not far. We had the start we had and had we won on Wednesday it would have been a very different speech. There’s no panic mode at all. We know that we’re a good side that has been extremely competitive.

“It’s about that one goal, that one moment, that has turned to the opposition. We have to find a way of bringing it to us.”

The loss to Ottawa was the second in the late stages of a match – including a 2-1 loss to Cavalry in which the winner was surrendered in extra time. Couple that with the season-opening draw against Edmonton in which the equalizer was scored in extra time and Valour has left four points on the table through its 2-3-3 start.

“The day off after the (Ottawa) game was good, and important mentally for them to get a bit of a break. Sometimes the mental consumption is heavier than we think,” Dos Santos said.

“(Friday) they came in and we addressed things that we felt were a priority and what we lacked in the previous game and it’s clear in our heads what needs to get better. As coaches when you don’t know what the problem is, that’s when it can get confusing. But now we’re clear. We know what went wrong, so we just work. We highlight it, we make sure the guys see it and understand it and then we move forward. The good thing is we have a game right around the corner.”

Dos Santos wasn’t just lamenting the breakdown on the winning goal against Ottawa, but of the team’s ineffective creativity up front in the match. He’s pushing for more pace against Edmonton, a team which is winless to start the season with three draws against six defeats.

“We’re an extremely consistent team when it comes to competing – every game has been extremely tight win, lose or draw,” Dos Santos said. “This team competes extremely hard and there’s been stability in that.

“We’ve been consistent in the way we’ve defended as a team and that’s allowed us to always stay in the game and be very close. That’s a good thing because it shows maturity and progression.

-F Moses Dyer won’t be available on Sunday as he is dealing with a hamstring injury while FW Alex Riggi is day-to-day with a wonky ankle.

-D Andrew Jean-Baptiste has been green-lighted to return for the first time since late April, when he exited Valour’s 6-2 win over Ottawa.

-MF Daniel Ascanio is training with the club, but isn’t yet an option for the club.

“He’s looked good,” said Dos Santos. “He looks sharp, he looks dynamic and he has a lot of good tools, so we’re interested to see how that’s going to develop.”