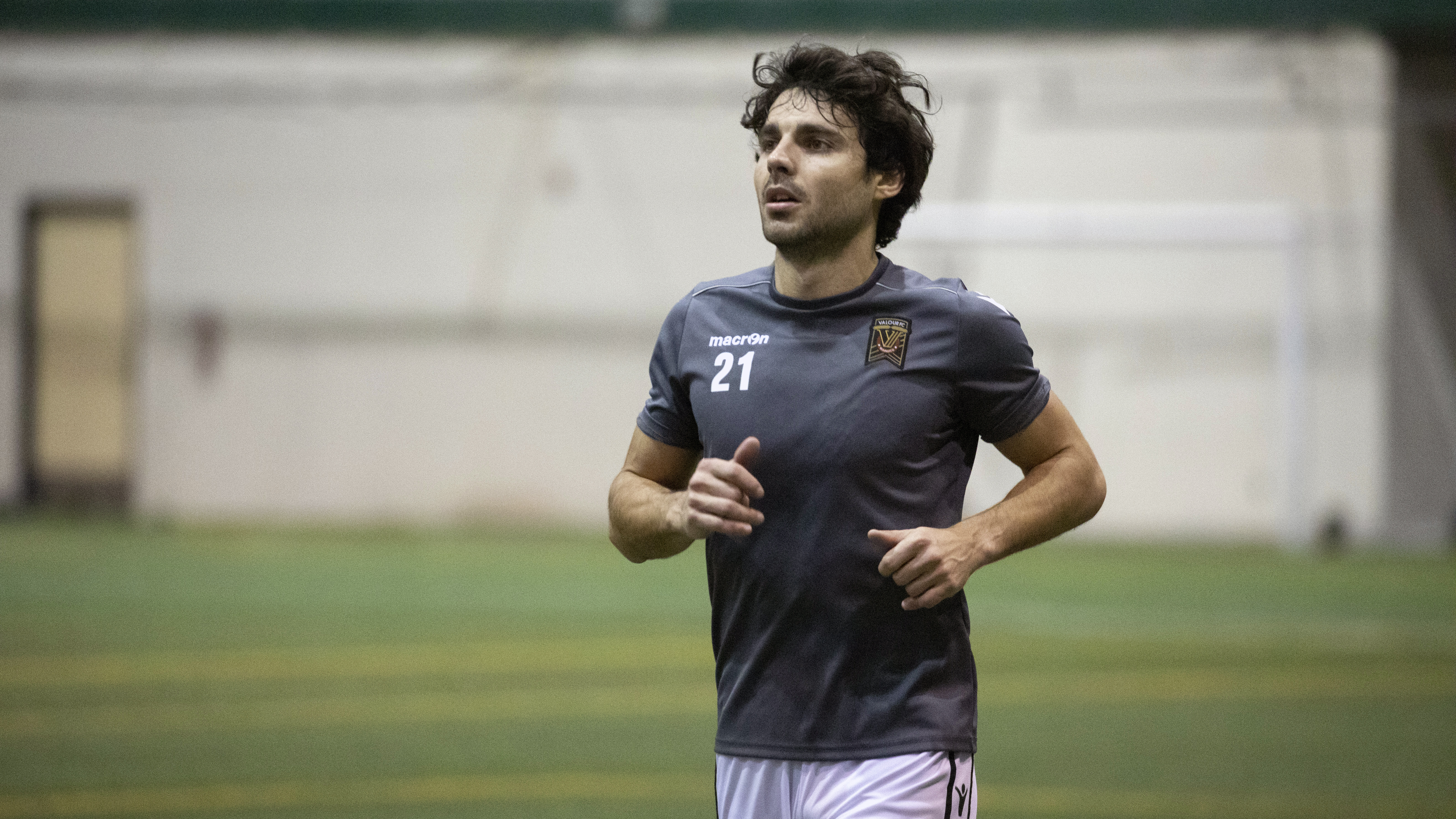 José Galán brings a presence to a young Valour FC team and it’s reflected in every sentence that comes from the veteran’s mouth.

That was evident Friday during an hour-long Instagram live chat with Valour FC fans in which the Spaniard spoke about how much he is enjoying Canada, the anticipation of the birth of the daughter he and his wife are expecting next month, his past in the game of football and much more.

“The sun in Winnipeg is here again, the temperature is getting up,” said Galán. “Of course, we don’t like to be in this situation that we cannot be training with the team, but hopefully, and I know that Canadians are doing a great job to stop this virus. I hope, and I wish we can be together as a team playing and training together as soon as possible.”

Here are some highlights of Galán’s Instagram Live (note: some answers have been abridged or edited). 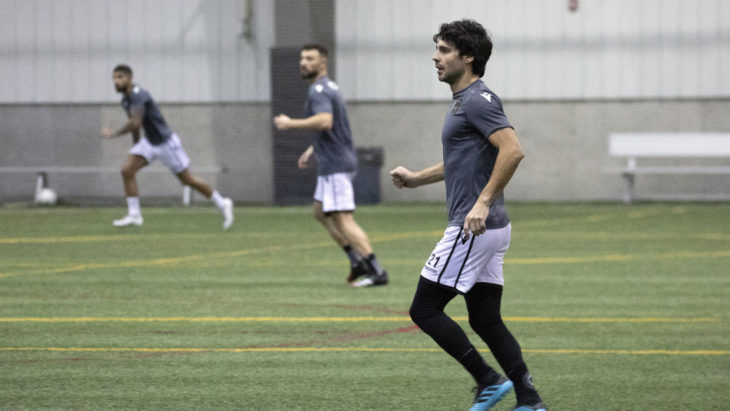 Q: Are you happy that your daughter is going to be Canadian?

Galán: We are so happy, my wife and myself. She’s going to be not only a Canadian, but a Winnipegger.

We were joking why did we come here to Winnipeg, it’s so cold, but for sure she’s going to love it as much as we do. We like to be here. It’s true that they call it ‘Friendly Manitoba’ and in these eight months we realized why. People are very warm, and they welcomed us so good. WE are so proud our baby, our daughter is going to be half Canadian, half Españian and she’s going to be a proud Winnipegger for sure.

Q: Do you have a name for the baby yet?

Galán: The name of the baby is going to be Celia, it’s the name of my wife’s grandmother and her mother. I think it’s a very nice name, I don’t know if you like it. My wife chose it of course.

Q: What’s the best goal you scored in your career?

Galán: This question is tricky, because I don’t score a lot of goals. I think you realize this here with Valour. Normally on free kicks, I usually score some every season.

My best goal, I have to say I don’t know why, but every time my parents came to watch one game live, I usually scored that game. So, I would say please you must come more often, because every time you come, I score. I don’t know why they bring me luck, but I have to improve on this. Over my career I didn’t score many goals. 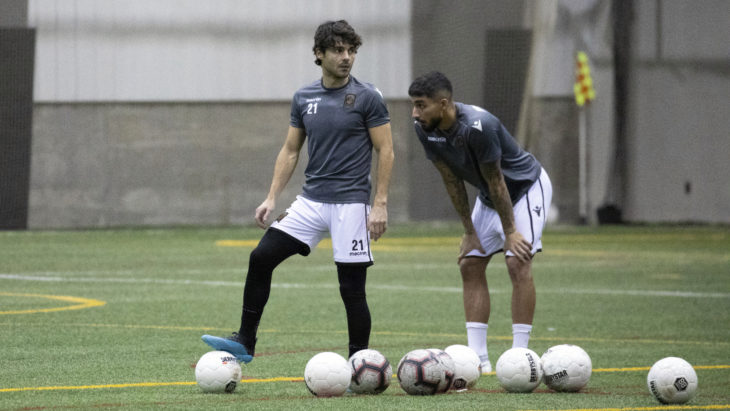 Q: Why did you start playing Football?

Galán: I started because of my brother. My brother is three years older than me and he started to play, and I started to join him when I was seven years old. In the beginning until I was 13 years old I used to play football, but also I played tennis, I did running, athletics, 1000 metres and these things.

But at a certain point I had to decide when I was being called for the provincial team – like if you are being called for Manitoba here – I was back there in Castile and León, my region in Spain and at that time, I started to feel I liked football more than any other sport, and maybe I was better at it than any other sport. So, I just focused on that, but the first reason I started was because of my brother.

Q: What stands out the most about playing football in Canada, or more specifically in Winnipeg? Compare it to all the other countries and cities you have played in.

Galán: What I can say is the best thing I found here in Canada is the professional way, even for the first year this league has been created, but all the coaches, all the people, everything in the league is so organized, it’s so professional for being the first year and I love that. Sometimes when you play, especially in Asia, maybe it’s more disorganized than here.

In this time of my career the most important thing is to feel loved or to feel valued by the people surrounding you. In this case, I feel that from my teammates and especially from all the people involved with football here in Winnipeg, in Manitoba, and from the supporters.

Galán: I think that Halifax is very good, the crowd is there, they support a lot and the people are close to the field. It’s difficult to play there actually, last year I don’t think they lost any games at home, they were very difficult to beat there specifically because of their fans. But still I prefer our fans. 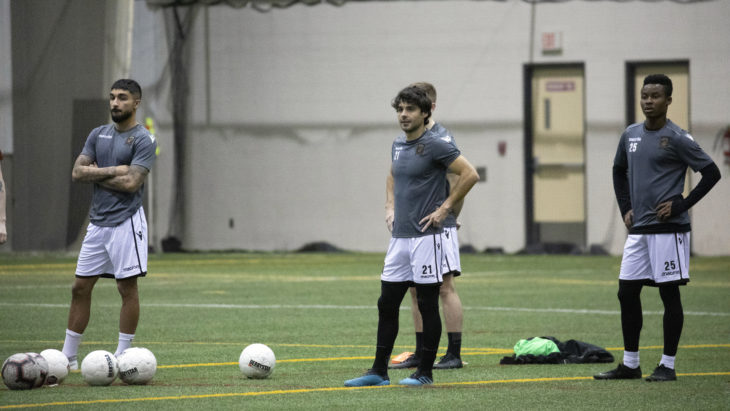 Q: How can soccer become a more popular sport here in Winnipeg?

Galán: I would love to see the atmosphere that I can see from a Jets game or from the Bombers.

We just have to remember it’s the first year for our football club, and to have sometimes 6,000, even 10,000 or 8,000 people in the stands for me is really big. I think football is getting bigger in Canada, and especially in Winnipeg. I can see in the street, I can see in the stadium where we play, I think it’s becoming bigger and bigger. The only thing that I would love is to see the possibility of watching live on public television as well.

Q: How many controllers have you broken from playing FIFA?

Galán: I’m very competitive as people on my team know. When Valour teammates would play table tennis, I hate to lose. When we play FIFA, I hate to lose in any sport to be honest. I really hate it. I prefer not even to buy a PlayStation, because I hate so much to lose in FIFA. I broke some controllers yeah, playing against my brother.

Q: Can you tell us more about Common Goal?

Galán: What we do there is try to donate part of our salary, at least one percent to the people most in need in other countries.

There are so many players involved right now in this, and I really encourage you because as players we can do a lot. I think all of the women’s national team of Canada has been a part of this movement — it’s very positive. As professional footballers I think we can set an example, or to do something with this tool called football around the world to help the people most in need, especially in those countries with less access to the things that we are lucky that we have like food.