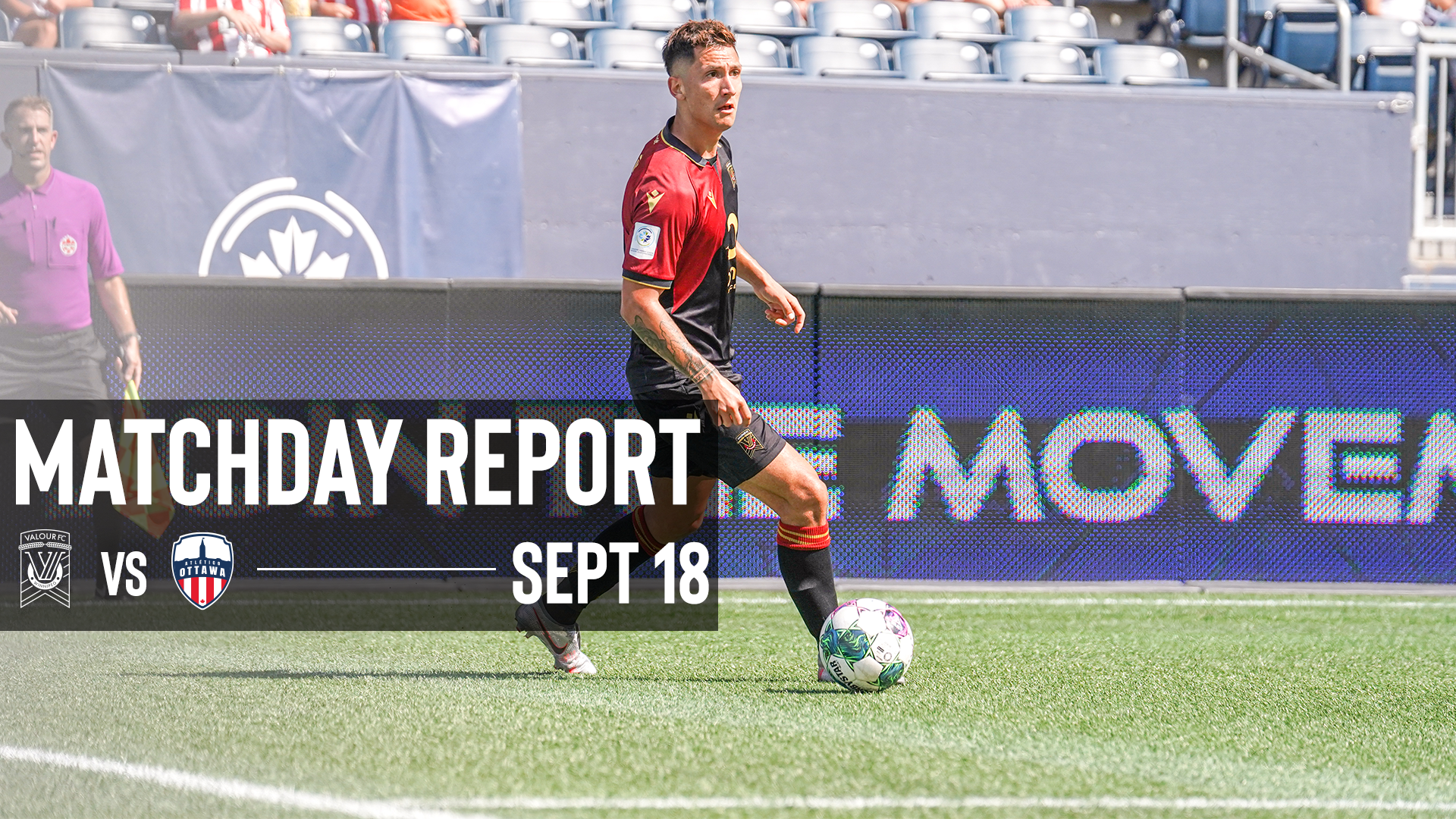 Valour FC plays its final regular-season home match at IG Field and with it comes the opportunity to not only come closer to locking down a coveted CPL playoff spot, but to further muddy the league’s standings.

A win by Valour would inch them to within two points of first place Atlético Ottawa while a loss – or not securing any points – would leave them vulnerable. The squad enters the weekend tied for the fourth and final playoff spot with Pacific FC with 36 points, although their Western rivals do have a match in hand.

“They’ve been steady and consistent all season long. Everyone was asking, ‘When are they going to start dropping points?’ But they have a way to play – they’re very hard to break down and they compact their team behind the line of the ball. The players have embraced a mentality to protect their goal, first and foremost.

“They play to their strengths, and they’ve accepted it. They don’t concede much. We’re going to need to be good when we do have the ball and be very good in their transition moments.”

#9 Walter Ponce, F: The big Chilean could earn the start on Sunday with Moses Dyler listed as ‘questionable.’ Ponce’s fitness level and his size – at 6-0 – helps him pressure opposition back lines. He has one goal in 16 appearances this season and the club could use some finish against Ottawa.

Atlético Ottawa has conceded an average of just 1.00 goals per match, second fewest in the CPL to Forge FC’s 0.96. Valour, for what it’s worth, ranks third at 1.04 goals conceded per match.

Interestingly, Ottawa has given up just 24 goals in 24 matches – with six of them coming in Valour’s 6-1 win back on April 24th.