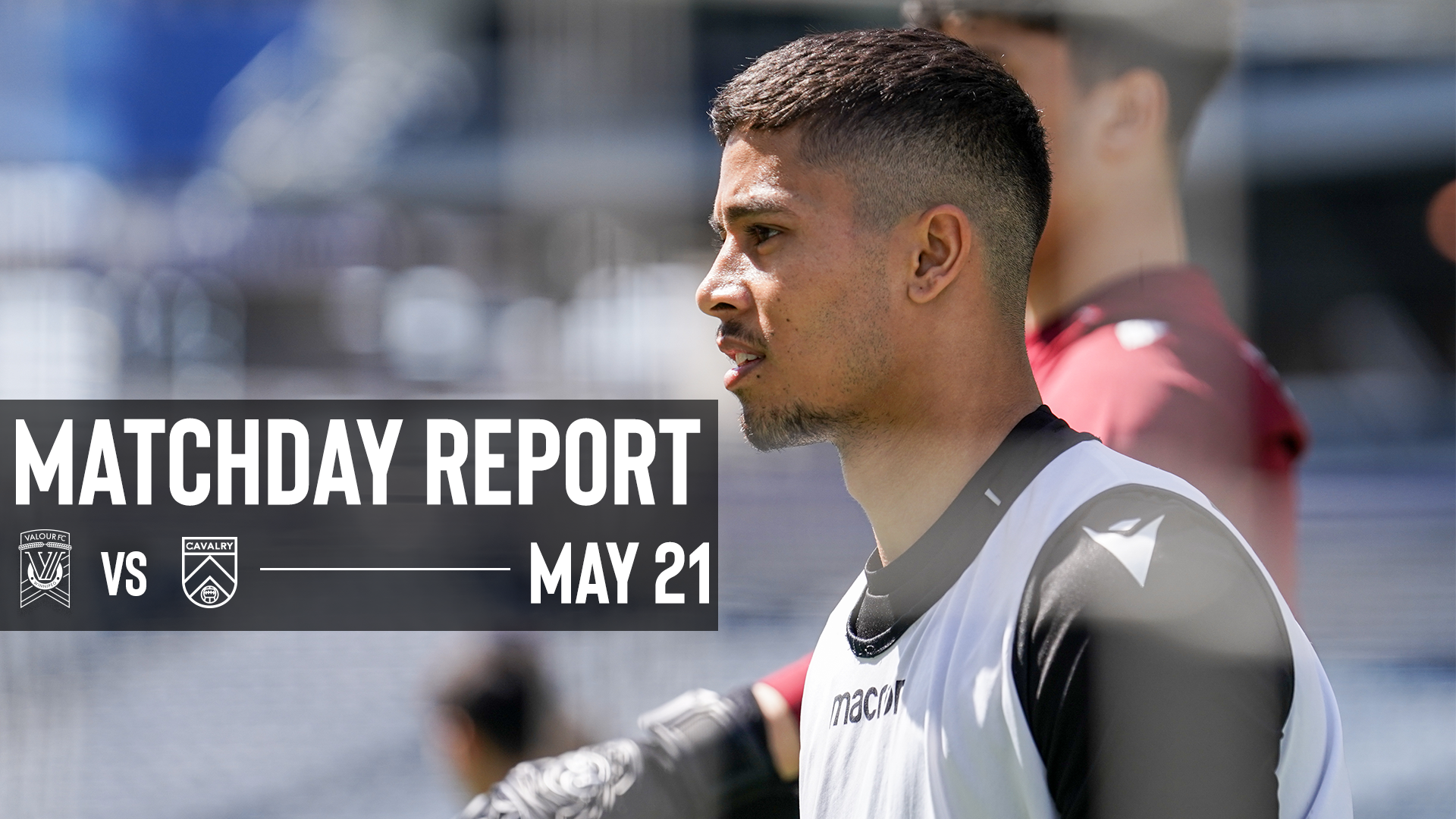 Valour FC heads out on the road for two straight matches, beginning this Saturday in Calgary and followed a week later with a visit to Pacific FC.

Valour is coming off a 1-nil home victory over York United FC last Sunday, a match in which Sean Rea scored the dramatic game-winning goal on his birthday in the 87th minute and goalkeeper Jonathan Sirois & Co. recorded their second straight clean sheet in league play.

The club welcomed one of its three international players this week with the arrival of Chilean forward Walter Ponce, but he likely won’t be considered for minutes until next week’s game in Victoria.

Valour will be home again on Wednesday June 1st vs. Atlético Ottawa, the first of three at IG Field, with matches following against FC Edmonton on June 5th and Cavalry on June 15th.

“Good team. Experienced team. They don’t make a lot of mistakes and they defend well together, and they have tools that can hurt you in transition, but also when they’re in possession.

“They’re a team that does very well on set plays. They’ve been very dangerous on that and it’s something we’re going to have to be very careful about on the weekend. We’ve been good, too, and haven’t conceded yet this year (on set pieces) so that’s a good thing. We have to make sure we don’t give them anything and don’t make mistakes.”

#7 Moses Dyer, F: Valour’s leading scorer a year ago with nine goals, Dyer is pacing the club again this season with three markers in five league matches. He’s still creating chances, which is vital, and is third in the CPL in shots with 41.

Valour GK Jonathan Sirois made a critical stop on a penalty kick in the second half of Sunday’s win over York on Osaze De Rosario to help preserve the clean sheet. It was the second penalty Sirois has stopped this year and, remarkably, the fourth he has stopped in five attempts since last season, or an 80 percent save percentage.