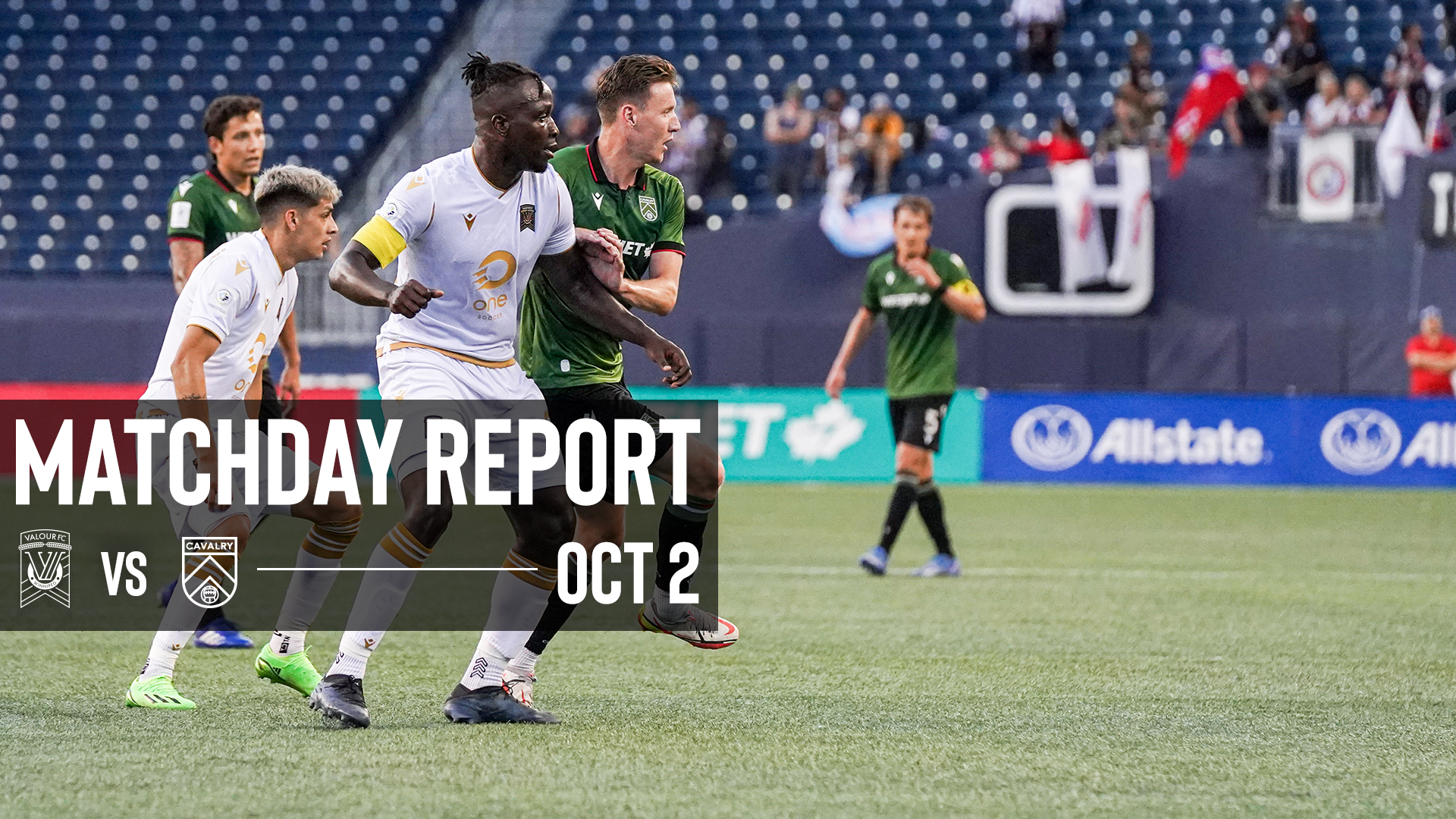 It’s must-win territory for Valour FC now, as a recent three game winless streak (two losses, one draw) has them needing a win against Cavalry on the road today or their playoff dream goes up in smoke.

Valour, currently fifth, is stuck on 37 points – four back of both Cavalry and Forge FC for the final two playoff spots.

Simply put, a loss at Spruce Meadows would eliminate Valour from the postseason and make next weekend’s regular-season finale in Edmonton meaningless.

Valour will need to tighten up defensively after surrendering three goals in their last outing, a 3-1 setback vs. York United FC in an underwhelming performance given the playoff implications.

“They’ve been very steady to their identity throughout the season. Physically, they are extremely committed. You know it’s going to be a fight. You know you’re going to need to do defend with the team very connected and compact so we can jump on second balls that they thrive for. It’s a team that we need to be very good in set plays, defending and attacking them because the game could be decided in that phase.

“They have quality footballers; guys that if you’re not tuned in you can pay the price. They’re a team that has been in the Top 4 every day since the beginning of the CPL. It’s a tough place to go. Needless to say, we’re going to have to be good.”

#16 Daryl Fordyce, MF: The veteran midfielder is chasing one more championship in his career and brings that passion to the pitch in every match he plays. The club will need that from the 35-year-old and the entire collective today to keep alive their playoff hopes.

ATCO Field has always been a tough venue for visiting squads and Cavalry has eight wins against four losses in 12 home matches so far this season.