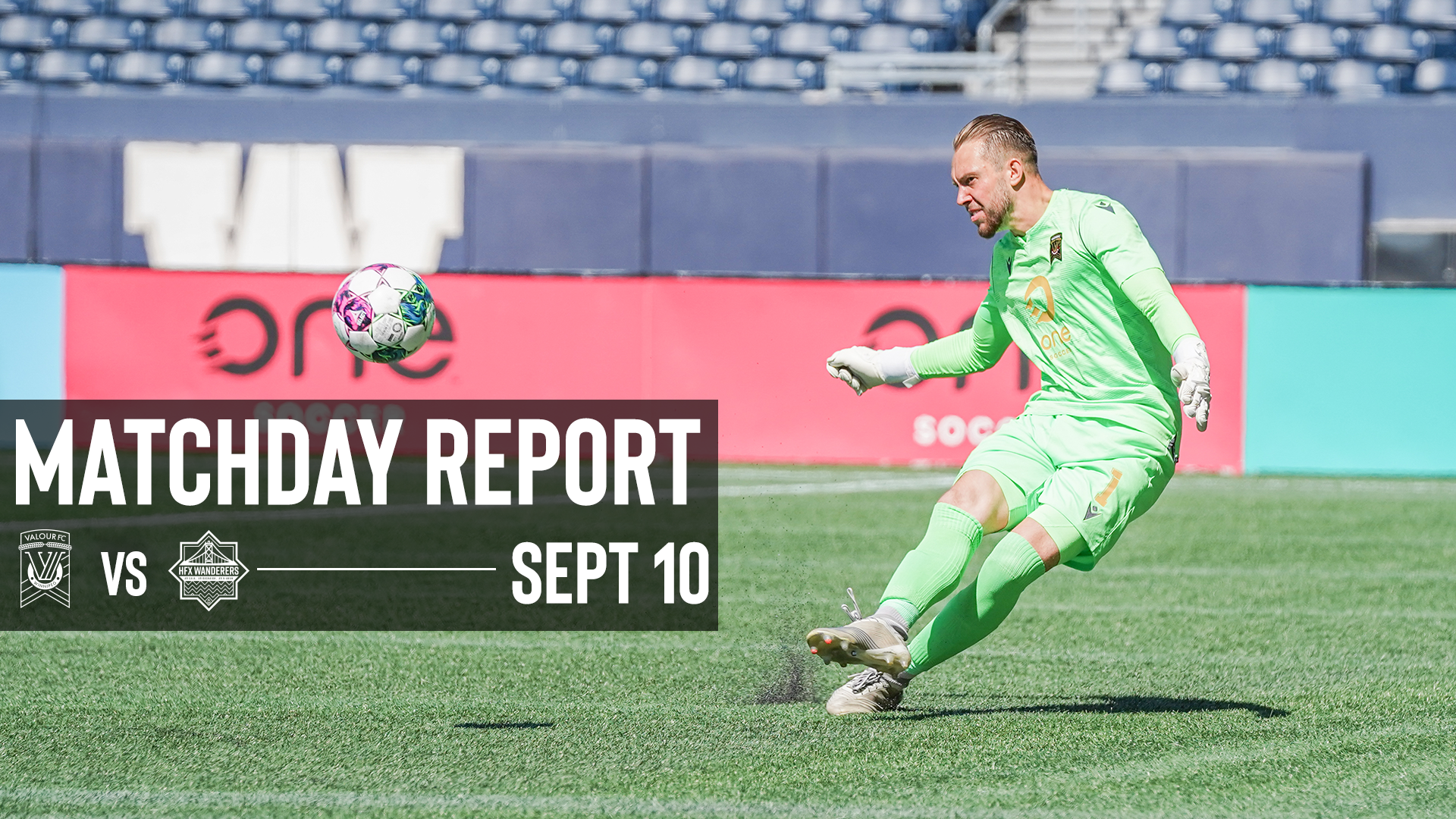 Where: The Wanderers Grounds, Halifax, N.S.

Valour FC is keen to keep its win streak rolling into the East Coast, especially with the squad in a playoff spot and the CPL schedule shrinking. Valour enters the weekend with 36 points on 10 wins and six draws against seven losses, tied with Forge FC for third overall, although Forge does have a match in hand.

With the top four squads qualifying for the postseason, Valour is looking for more than just a spot in the playoffs and are just two points out of second and four out of first overall.

Worth noting: Valour has never won at Wanderers Grounds, making it the only stadium in the CPL in which Valour hasn’t posted a win.

GM and head coach Phillip Dos Santos on the Wanderers:

“You saw how they played against us when we were there a few weeks ago. Much has changed with them. They went with a structural change (going from a 4-3-3 to a five-man back) and as weeks go by, they perfect it. I expect a team that’s going to be extremely solid, hard to break down and they’re going to close down spaces well.

“It’s natural grass there, it’s a smaller field, so we expect those difficulties. I don’t think we played a good game at all the last time we were there and they’re a team that’s going to fight. They have their quality, they like to be on the ball, they have guys who can stretch our back line.

“It’s a very high-alert game for us.”

#1 Jonathan Sirois, GK: The top goalkeeper in the CPL a year ago, Sirois had watched as Rayane Yesli was between the wordwork for Valour’s recent run before returning in Sunday’s 1-nil win over Forge FC.

Sirois has five clean sheets this season and his 42 saves ranks him fifth in the CPL.

Valour’s 5-1-1 record in its last seven games has featured five clean sheets – four by Rayane Yesli, the fifth by Jonathan Sirois – while the club has out-scored the opposition 8-2.