“Our patience paid off in the end” | Valour adds two on loan from CF Montréal
April 6, 2021

Adhering again to the old principle that you can never have too much of a good thing, Valour FC has added two more young Canadians through a loan agreement with CF Montreal of the MLS.

And now the club’s management has its collective fingers crossed the new pair provides as much impact as loanees James Pantemis and Julian Dunn did a year ago at the Canadian Premier League’s Island Games.

Coming aboard for Valour in 2021 are goalkeeper Jonathan Sirois and midfielder Sean Rea — both of whom were stuck on the CF Montreal depth chart.

“Our patience paid off in the end,” said Valour FC GM and head coach Rob Gale. “Some (CPL) teams made their moves early and if you not be in too much of a rush there’s always going to be players who have gone through MLS preseason training that are just on the outside of the squad.

“That’s when their club has a decision to make – they’re probably too good for U-23 football, but might not be guaranteed minutes at the first-team level because then they’re competing with some of their big international stars.

“You look at Montreal and goalkeeping and attacking mid are two positions that are tough to crack.”

Sirois, 19, is a product of LaSalle, Quebec who worked his way through the CF Montreal Academy and signed his first professional contract last year. He was also loaned briefely to the Vancouver Whitecaps last July following an injury to Maxime Crépeau.

“In talking to some of the national team coaches Jonathan is seen as the heir apparent to James (Pantemis) as a guy who would be in the next Olympic cycle,” Gale explained. “He’s a player who is in a similar position that James was in the last couple of years and with James ahead of him in the Montreal pecking order we reached out to see if there might be an opportunity for Jonathan to come in.

“We know we’ve got Matt and know what he can do. This is a chance for him to come in and compete for the first-team spot. In our conversations with him one of the things he wanted to let us know is he’s young in age, but he feels like he can be a leader. He doesn’t want to be seen as one of the young guys on the block; he wants to come in and be a leader in the dressing room and with the group. He’s a mature lad.”

Rea, 18, hails from La Salle, Quebec and was part of Montreal’s Academy dating back to 2014. He represented Canada at the U17 World Cup in Brazil in 2019. 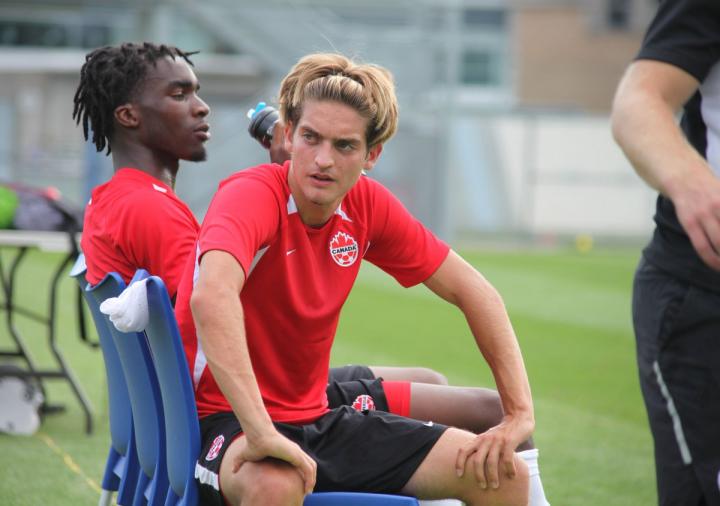 “Sean is one we followed since last year,” said Gale. “We actually thought we might be bringing him in last year for the (Island Games), but it didn’t quite turn out. Then he did really well with (former Montreal coach) Thierry Henry in training at the end of last season heading into their Concacaf Champions League game. We thought he might make the first team this year and heard he was pushing this year. Then their new manager (Wilfried Nancy) came aboard and they said, ‘He’s right there or thereabouts, but he needs guaranteed games.’

“That’s where we come in to help.”

Both Sirois and Rea instantly bolster Valour’s overall depth and also work lock-step with the CPL’s mantra to develop young, Canadian talent. That said, Gale isn’t making any promises other than the opportunity.

“But in their cases, this is better than being at Club de Foot where they’re really on the outside looking in right now. They’re on the inside and it’s a smaller squad and in a tight season where it’s guaranteed there’s going to be injuries, they’ve basically got a 50-50 chance with 22-23 players on our roster.”