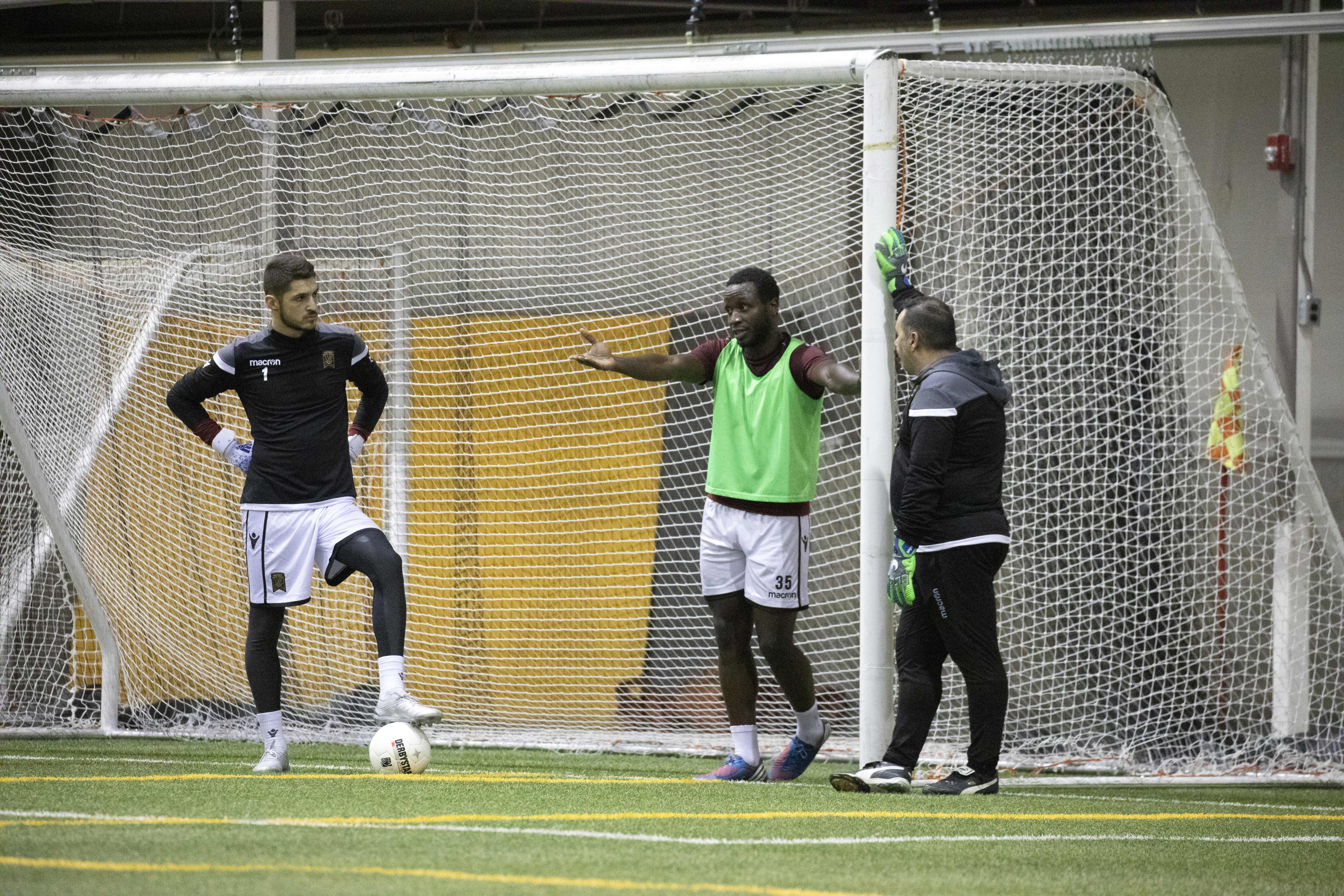 “People are so nice and welcoming.” | Jean-Baptiste getting to know Winnipeg
March 31, 2020

This isn’t how Andrew Jean-Baptiste envisioned how his introduction to Winnipeg, to Manitoba, and to the Valour Football Club would unfold.

Valour FC training sessions have been postponed and so, too, has the start of the second Canadian Premier League season. That means Jean-Baptiste, like so many of his teammates new to this city and in isolation now after just four days of training before the postponement, has been left to explore his new town on his own.

“I try to keep myself busy with a variety of things,” began the 27-year-old centre back in a chat with valourfootball.club. “I don’t want to get too complacent or sleep too much. It’s important to stay active and do the things that are important for your mind, body and soul.

“It’s got a lot of people on edge right now. It sucks, but what needs to be done needs to be done with the help of everybody in the world. It seems like some people are comparing this to a zombie apocalypse… we’re not there at all. Let’s just stay inside, be a little bit more hygienic and wash our hands more frequently.”

Jean-Baptise has been busy reading lately – he’s re-read ‘The Alchemist’ by Paulo Coelho – and is working through ’The 48 Laws of Power’, the ’33 Strategies of War’ and ‘Mastery’, all by Robert Greene.

When he doesn’t have his nose in a book, he’s likely outside with his eight year-old dog Max, a boxer-Lab, and this has proven to be the best method for him to explore his new home. He’s been to the Assiniboine Forest and the Harte Trail and to Bird’s Hill Park, among other places, all in an effort to – as he put it – keep a healthy body, mind and soul. 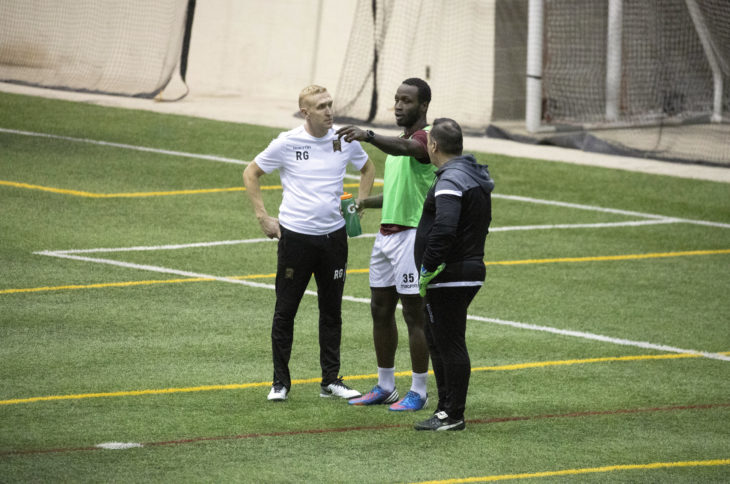 “There’s one thing I’ve noticed about the people here, and it reminds me of when I lived in Portland – People are so nice and welcoming and it’s really a breath of fresh air,” said Jean-Baptiste. “I’ll be out with the dog or running and people will give me a little nod. I don’t know if people thought I was a Bombers player, a Jets player, a Valour player or just someone working out, but there was that nod of appreciation. It felt like, ‘Yeah, keep it going.’ I really like that about here.”

It was at this point that Jean-Baptiste was reminded of why they call our province ‘Friendly Manitoba’, a fact of which he was not yet made aware. Told to take a look at our licence plates for the evidence, Jean-Baptiste added:

“I didn’t know this, but I will check it out. It’s just that so many cars have dirt all over them right now,” he said with a chuckle. “But that’s a slogan that sure fits.” Jean-Baptiste’s professional career began as a first-round draft pick of the Portland Timbers in the 2012 MLS SuperDraft and has since taken him all over the world, from Portland to Los Angeles, to New York, Sweden, Malaysia and back to Sweden before signing with Valour FC.

Those experiences make him an excellent barometer of what he sees in his Valour squad. Yes, there were only four days of training, but the first impression was all positive.

“It wasn’t just the hard work everyone was showing in the first week of camp,” said Jean-Baptiste. “First, the guys that were here last year were all very welcoming for the new guys that came in. Then when we got on the pitch no one was getting after each other in frustration or anything.

“It was only the first week but when somebody did something special we were all like, ‘Yes! It’s so nice this is a guy that is on our team.’ It’s hard to pinpoint exactly, but we were coming together and there was a real want for chemistry within our group.

“It just clicked so fast. Our group chat was very dry at the beginning. It was like, ‘Hey, Ok’ and ‘hi’ and then everything just started to come together after the first day we were all together. Our group chat changed dramatically after that, like we had known each other for years.

“Now we’re just all waiting for the chance to get back on the pitch together.”