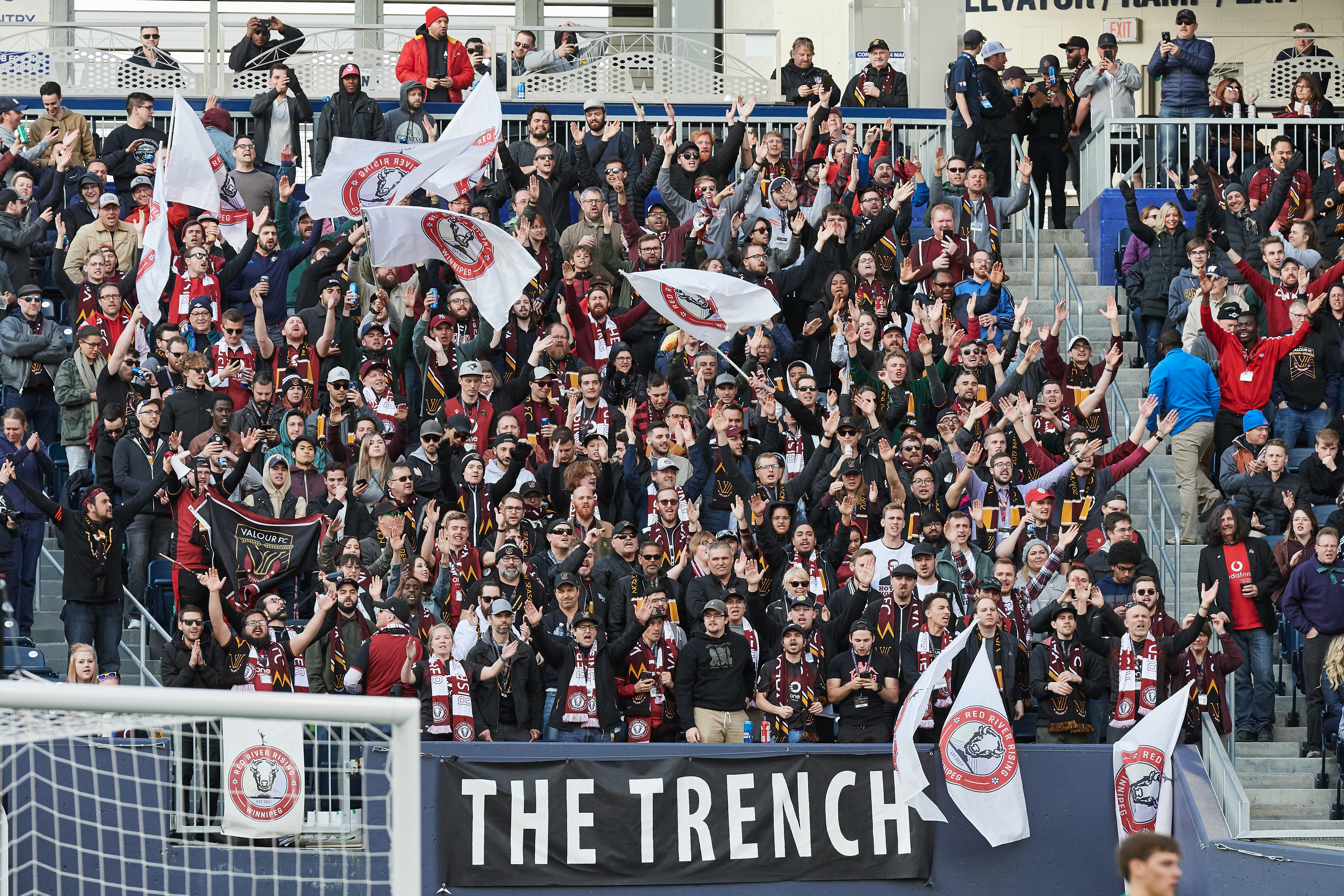 Valour FC was supposed to kick off their 2020 Canadian Premier League home opener on Saturday, but with COVID-19 delaying the season, fans will bring the IG Field atmosphere to their computer screens.

Red River Rising, Valour FC’s fan support group, is putting on a ‘Fauxpening Day’ tailgate through a Zoom call starting at 12:30 p.m. Saturday. On the agenda: a tifo competition where fans can enter to build their best sign or banner, José Galan will open baby gifts from the supporters, and everyone can join in singing Valour songs that are usually sung at games.

“We wanted to stay connected as a group and to celebrate even when we can’t enjoy the excitement of a Valour game in person,” said Nicky Cottee, a Red River Rising organizer for the event.

“We also wanted to really create an opportunity to support our sponsors like the King’s Head, and Nicolino’s, and encourage people to spend some of the money they would have in person at those places and get some takeout and we’ll celebrate and have fun the best we can.” 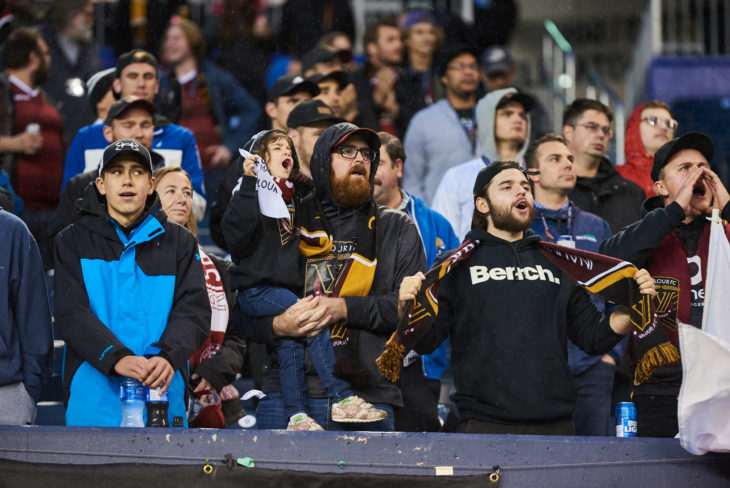 “In this context we’re encouraging people to do even smaller tifo’s like a two stick which is a small artistic banner you create at home, put on two sticks and hold it up,” said Cottee. “Any size, anything anyone wants to put forward with artwork celebrating Valour, Red River Rising, Winnipeg or all of it just as we would on game day. We’ll create that now; we’ll have fun with it and maybe we can use them when we get back in the stadium.”

Gale has had a strong relationship with Valour FC supporters since the team came to Winnipeg. Gale’s excited for the ‘Fauxpening Day’ call and is expecting a lot of energy from the fans.

“Anytime you can get them together and keep the band together and have a bit of fun, it’s going to be awesome. So, I’m looking forward to what they have in store,” he said.

The group also put together some baby gifts for Galan and his wife. The couple were supposed to have a baby shower, but the global pandemic had other plans — so, the fans are bringing the baby shower to them.

“It was a big surprise for me, they wanted to make that for our baby,” said Galan. “The fans are one of the reasons I wanted to stay… they support us so much regardless of the result, they show how loyal they are. It’s been six months and they feel like family.”

“I think we have something unique here in terms of our connection with the team,” added Cottee. “We really do feel like we’re family and a lot of us individually have developed significant rapports with certain individual players, and everybody loves José.” 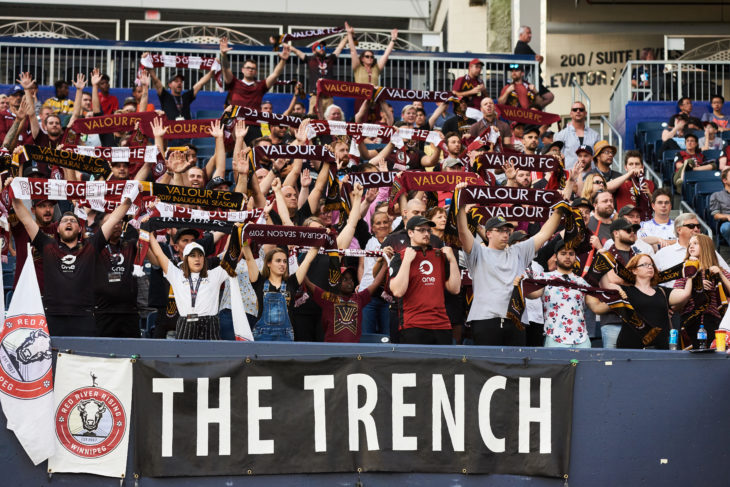 Throughout the Zoom call, there are also plans to sing some classic songs that fans sing on the march to the stadium and during the games. Whether you know the songs or not, Cottee invites all Valour supporters to sing along, and if you don’t know the words, the lyrics will be displayed on the main screen of the call — making it the perfect time to learn them.

The event is all about bringing the fans together and experiencing everything they would on a real opening day. You don’t have to be a Red River Rising member to join the virtual tailgate — if you’re a Valour fan, you’re welcome to join. There are still several spots open for the call, you just have to fill out a Google form on the support group’s website to get the invitation.

Gale knows first-hand how accepting the group is, so don’t be afraid to join the fan club now.

“My sister came over from England with my niece last year and they invited her up to the Trench and sang songs with her,” said Gale. “They’ve stayed in touch with her and made her feel a part of it even from the UK. That’s the kind of group they are, it doesn’t matter if we’re social distancing they rally around each other no matter what time of the year it is.”