The fuzzy picture that is the start of Valour FC’s 2021 Canadian Premier League season is slowly starting to come into focus.

The CPL unveiled its plans for the start of ’21 campaign on the weekend, with the schedule to feature each of the eight clubs playing eight matches in the bubble at IG Field. That includes Valour FC opening on June 27th against two-time defending CPL champion Forge FC.

And on Wednesday the next chunk of the schedule was unveiled

https://twitter.com/ValourFootball/status/1402672274180804610?s=20, with Valour FC to face Forge FC, HFX Wanderers, Atlético Ottawa and York United FC twice each over a stretch from June 27th to July 24th. After that – and with the hope travel restrictions will have loosened and COVID-19 case counts falling – there are fingers crossed across the league that teams can return to their home stadiums and their own faithful.

Interestingly, Valour FC will not face any of their Western-based rivals – FC Edmonton, Cavalry FC and Pacific FC – in any of their matches inside the bubble.

“Our understanding is the early part of the schedule is almost divisional – East-West – to minimize further cross-country travel after that,” said Valour FC GM and head coach Rob Gale. “Because we travel to each team twice, this eliminates one trip to each of those Eastern-based teams. That would help with the travel costs. 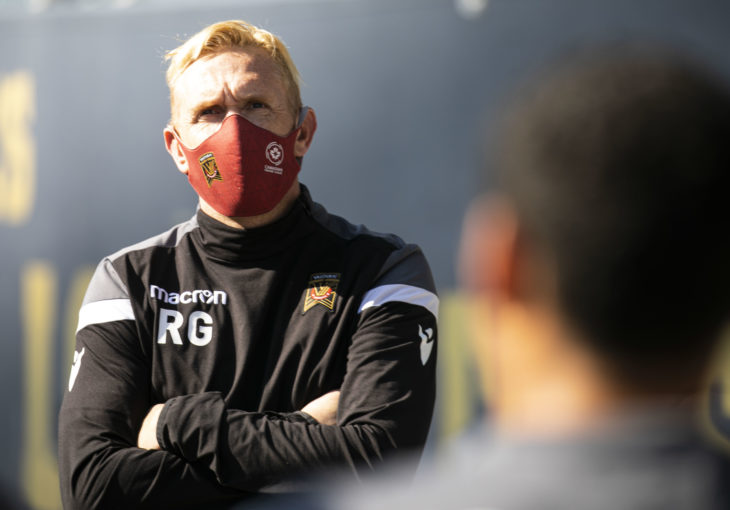 “As long as the schedule is balanced throughout, I don’t mind this to be honest. So, we play everyone in the East first… doesn’t matter. Line ‘em up and on we go.”

Valour’s first eight matches in the IG Field bubble are as follows: 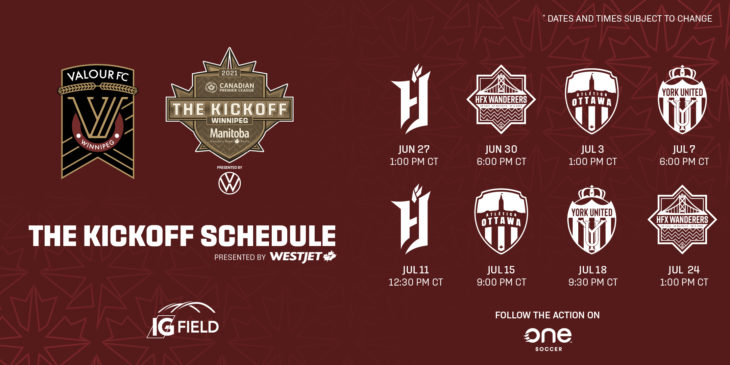 All of which, of course, just reinforces the need for a deep, deep roster. The club has first-hand experience of how important that will be, having used 22 different players over just seven matches in last year’s Island Games in PEI.

“We just need to focus on us, the quality of our squad and our ability to rotate players and try and use everybody,” said Gale. “There’s a challenge here… let’s accept it and get on with it.

“You can calculate the number of days from our last game, which was September 5th to June 27th (295 days)… it’s almost 10 full months. By the third game last year we had used almost every outfield player, everyone that was available to us.

“That’s why we’ve worked hard to add to the depth of our squad and are continuing to do that – we want to make sure there’s no dip from the first 14 players to the 15th-20th players. We want 20 strong this year.”

-Gale said Valour has signed defender Tony Mikhael, selected in the second round of the CPL’s U Sports Draft, to a contract. That deal will allow Mikhael, who plays with the Carleton Ravens, to play with Valour FC until the U Sports preseason would start in September or remain with Valour. The rule means Mikhael’s college eligibility would not be impacted by playing in the CPL.

“It’s a great new rule,” said Gale. “I think the NCAA and the MLS should pay attention to this to still have the ability to do both. In any other walk of life you can have a job and still study and that’s important. As a man who played football and studied, I’m all in favour.

“The first thing was to make sure he was a good fit with us and able to compete for minutes at this level. Plus, he’s an U-21 so he’ll compete for those minutes. We’re pleased he’s settled in and we’re ready to commit to him.”