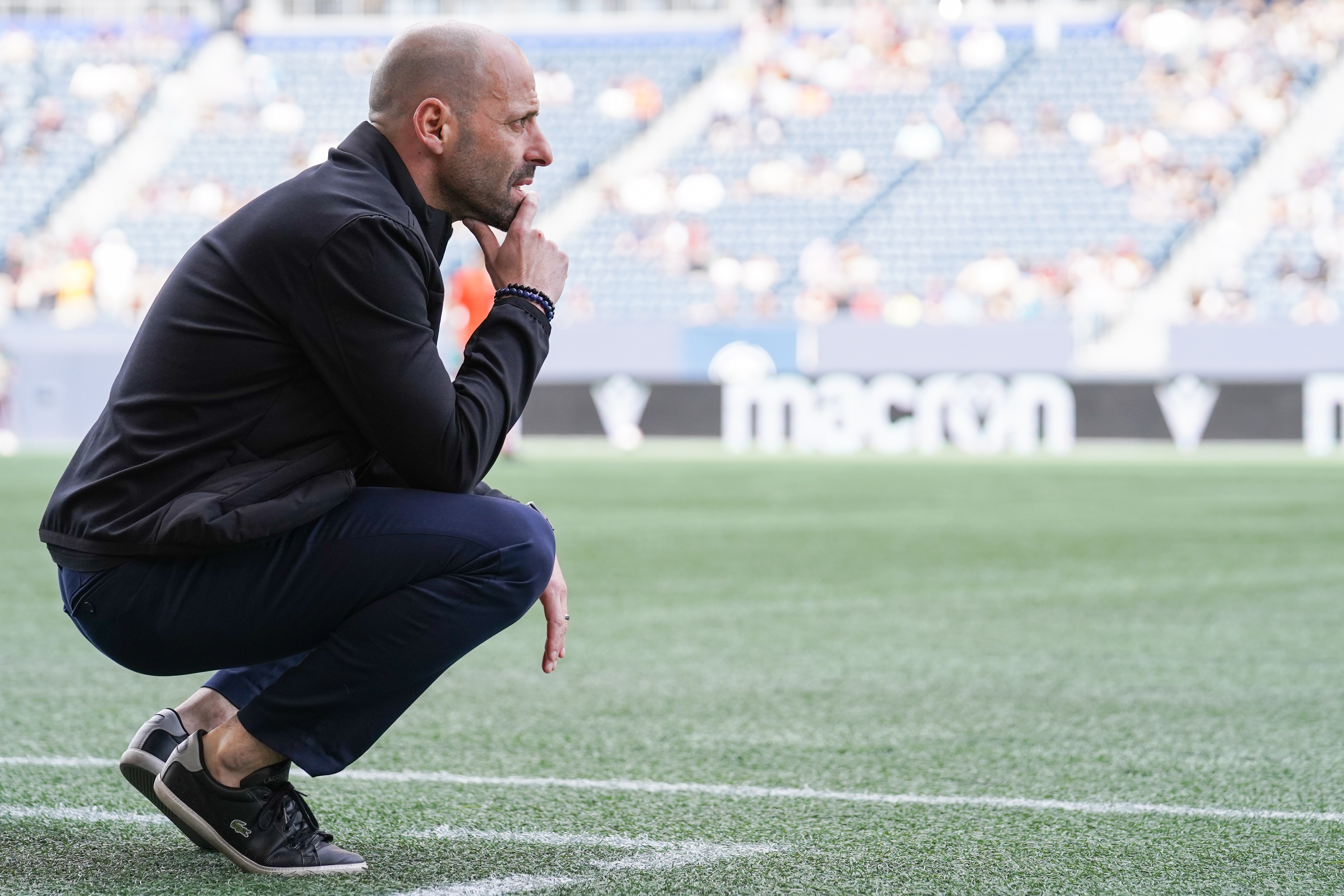 Valour FC has hit the midway point of the Canadian Premier League season and GM and head coach Phillip Dos Santos and his crew would prefer not to make a pit stop, but keep the gas pedal jammed to the floor.

“You look at our team in the last four games and getting 10 points (three wins and a draw), with three of those four games on the road… we need to keep pushing now,” said Dos Santos.

“We have established objectives and we told the guys before our last game that travel, no travel, challenges, no challenges, rain or sun, injuries or not, the objective doesn’t change. We need to keep going and get points so that we can reach that objective at the end.

“We’re going in the right direction, but we can’t sleep. We need to keep taking care of the little things, the little moments. We need to train well, still be competitive and train every day. We can’t just sit back and think everything is well now.

“We don’t want this to shift in another direction.”

Valour’s 1-1 draw against Atlético Ottawa Wednesday night in the capital came under some unusual circumstances. The match was originally scheduled for last Sunday, but a COVID-19 outbreak with Ottawa pushed the game to Wednesday and forced the team to scramble and make alternate travel plans. 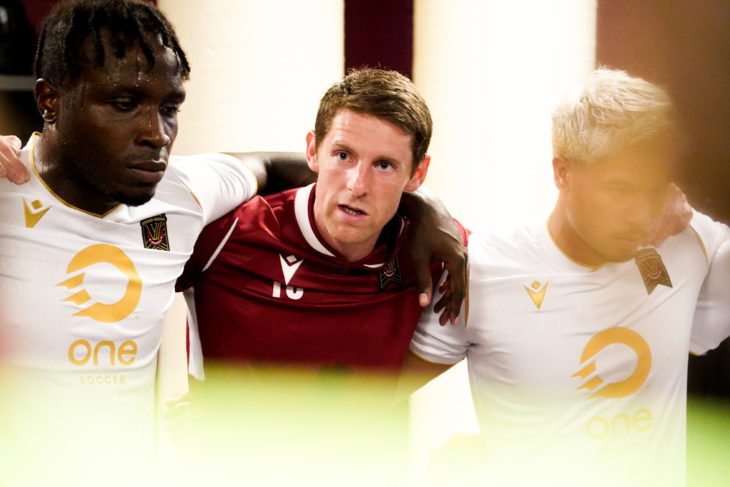 And it was what Dos Santos saw from how the squad reacted to that adversity that has him convinced they are in a good place both mentally and physically.

“The first thing for us as coaches is the spirit with which the guys play,” he said. “Their mentality has been phenomenal. There were guys at 3 a.m. (Wednesday morning) still at the airport trying to stretch at the tarmac (waiting for the last of three flights they needed to take to Ottawa to depart from Toronto).

“And you know what… their mentality, the way they cope with it, the way they stay positive no matter what, you get to know your group a lot when things are hard.

“That says a lot of the character we have in this team.”

With the club at the halfway mark of the season, we thought we’d take a look at 10 numbers that represent what’s in the rear-view mirror and what is ahead…

Valour’s record at the midpoint of the season – five wins, five draws and four losses – good for 20 points. That leaves the club in fifth place in the CPL standings, three back of fourth-place Forge FC – who they face Saturday afternoon in Hamilton. Heading into Friday night’s action, Cavalry FC is first overall with 28 points, followed by Atlético Ottawa and Pacific FC with 26 and then Forge.

Valour is currently on a four-match unbeaten streak – the best in the young franchise’s history – with three wins and a draw.

The squad will be at home for eight of those matches and on the road for six. The eight home dates include two visits from Pacific and Forge, along with matches with Cavalry, York United FC, Atlético and FC Edmonton.

The road trips will see Valour on the east coast twice to face the HFX Wanderers, with stops in Hamilton, York, Calgary and Edmonton.

Valour’s goal differential through the first half of the season.

Four teams have a positive goal differential: Forge is best at +16, followed by Cavalry at +11, then Valour at +5 and Ottawa at +1.

Valour finished +2 in this department last year, was -1 during the seven-match Island Games tournament in 2020 and a dreadful -22 in its inaugural season of 2019.

Goals by Moses Dyer this season, which leads Valour and is tied for third most in the CPL. The New Zealander is Valour’s all-time leader in goals scored with 15.

Penalty-kick goals and shots taken by Dyer this year, both ranking first in the CPL.

Assists by Valour midfielder Sean Rea so far this season, tied for first in the CPL. The 20-year-old, on loan from CF Montreal of the MLS, had four assists in 23 appearances last season. His five helpers this year has already tied Michael Petrasso’s club record, set in 2019.

Valour is averaging 1.57 goals per match – third best in the CPL and on pace for a franchise best.

Clean sheets for Valour goalkeeper Jonathan Sirois, tied for third best in the CPL so far this season. Also on loan from CF Montreal, Sirois has 13 clean sheets in his two seasons with Valour, which ranks first overall.

Minutes played by centre back Rocco Romeo through the first half of the season – the most on Valour so far this year. Interestingly, that ranks 19th in the CPL this year, serving as a representation of some of the injury issues the club had through the first part of the year and the balance and depth in the lineup.