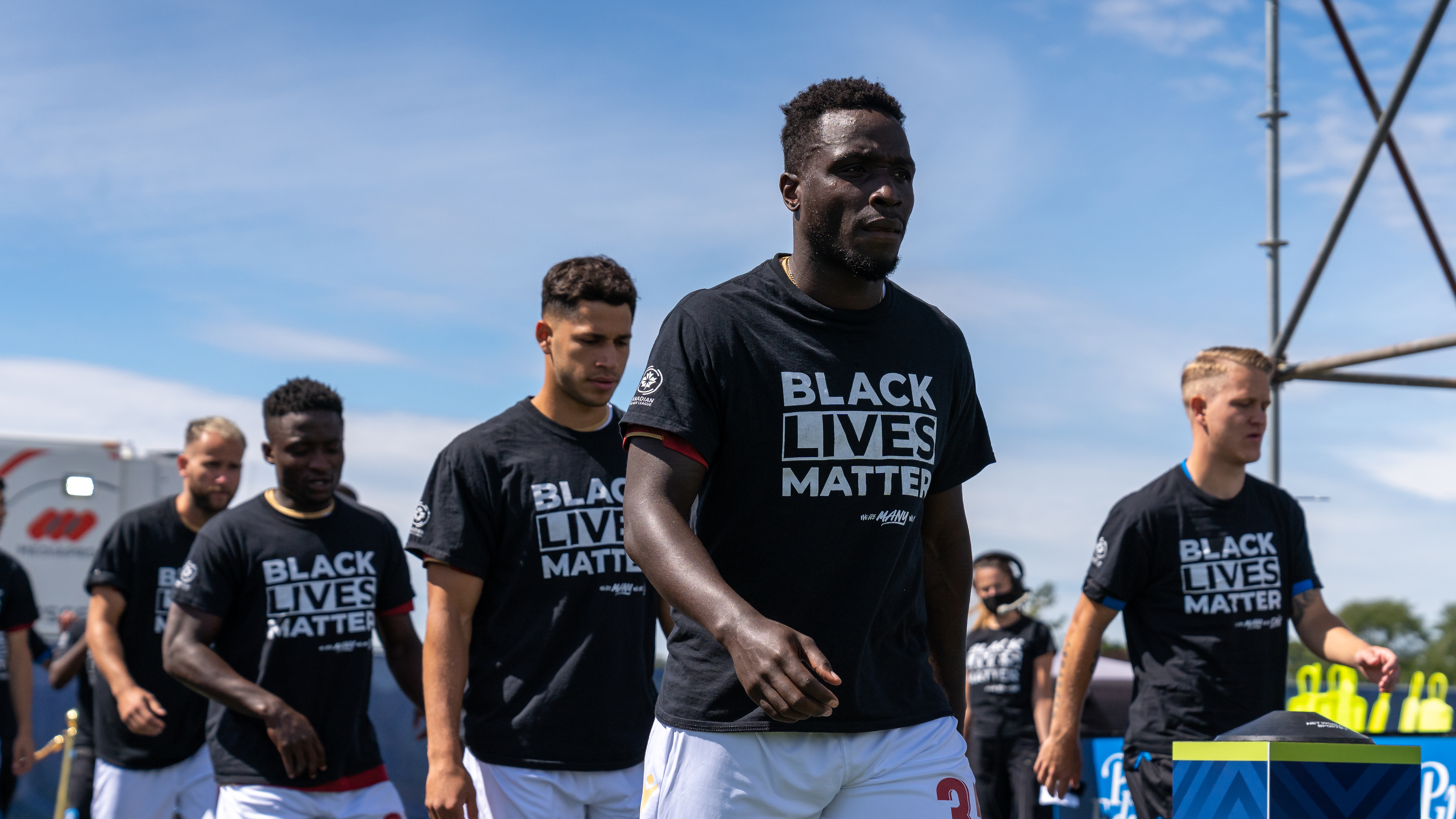 “The best place to play is where you feel wanted and where you feel like you can thrive. This is that team for me.” | Andrew Jean-Baptiste re-signs with the club
October 2, 2020

Andrew Jean-Baptiste put Winnipeg in his rear-view mirror this week, but fret not Valour FC fans — the dominant centre back is planning on a return for 2021.

Valour FC announced today the 28-year-old defender — one of the stars of the Canadian Premier League’s recently-completed Island Games — will be back in maroon, gold and black next season.

“It’s reassuring, first off, that you have a staff that wants you back,” said Jean-Baptiste this week while packing for his departure to his offseason home in New York, with a pitstop in Cincinnati to visit an aunt. “There was also the optimism we left with after the bubble tournament.

“We felt like we left a lot of stuff unfinished and we want to bring back a lot of the same guys, and maybe a few extra pieces, so that we can have a bigger fight next season.”

Jean-Baptiste played in six of Valour’s seven matches at the Island Games, missing the final contest due to injury. He played a total of 462 minutes and scored one of the club’s eight goals in the tournament on a spectacular header off a cross in a 4-nil win over Atlético Ottawa.

Perhaps even more important was what he provided that doesn’t necessarily show up on the stats sheet, including his leadership and a steadying presence along the Valour back line that was vastly improved compared to 2019.

After the tournament Valour FC GM and head coach Rob Gale said Jean-Baptiste was one of a small group of players that was drawing interest from other teams in other leagues, but American-born Haitian international also found a home here in Winnipeg.

“I’m very comfortable and settled into Winnipeg,” said Jean-Baptiste. “What is it about Winnipeg? It’s the staff. Rob, (goalkeeping coach) Patrcik (DiStefani) and (assistant coach/GM) Damian (Rocke) are all great.

“The best place to play is where you feel wanted and where you feel like you can thrive. This is that team for me. And the people here are amazing. ‘Friendly Manitoba’ – I can’t ignore that part.

“There’s a few variables in me coming back, but those for me were spot on.”

There’s also this: to a man Valour FC felt like their made-over roster – just seven players returned from ’19 – was just beginning to flash its potential when their Island Games came to a close. Valour finished with 2-2-3 record and did not advance out of the First Stage, but also tied eventual champion Forge FC in their last match and certainly left some points on the pitch during the event. 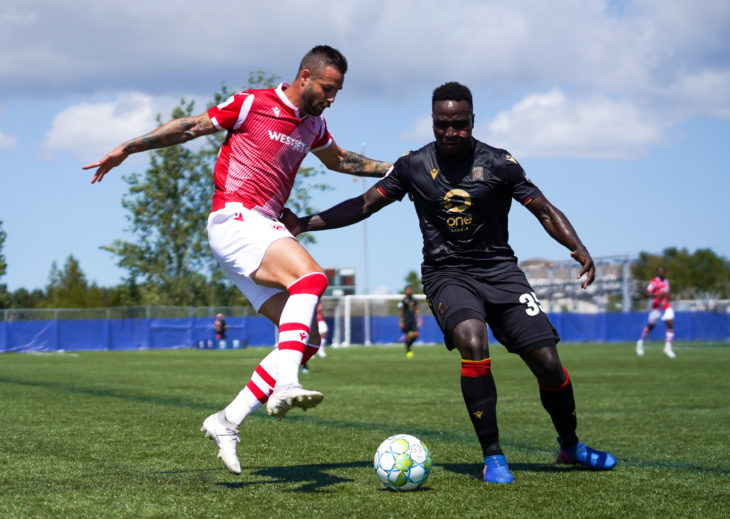 “To be honest with you, with the team we have now and how close we are we could have finished dead last and I would have said I was coming back,” said Jean-Baptiste. “It’s just because I view things differently now and I can really see what this team is capable of.

“What I took from the tournament is the results didn’t go our way at times, but the football style, the football identity the staff was trying to put on us showed. The unfortunate side of football sometimes is you don’t always have good luck.

“But I look at this team and I definitely wanted to come back to it.”