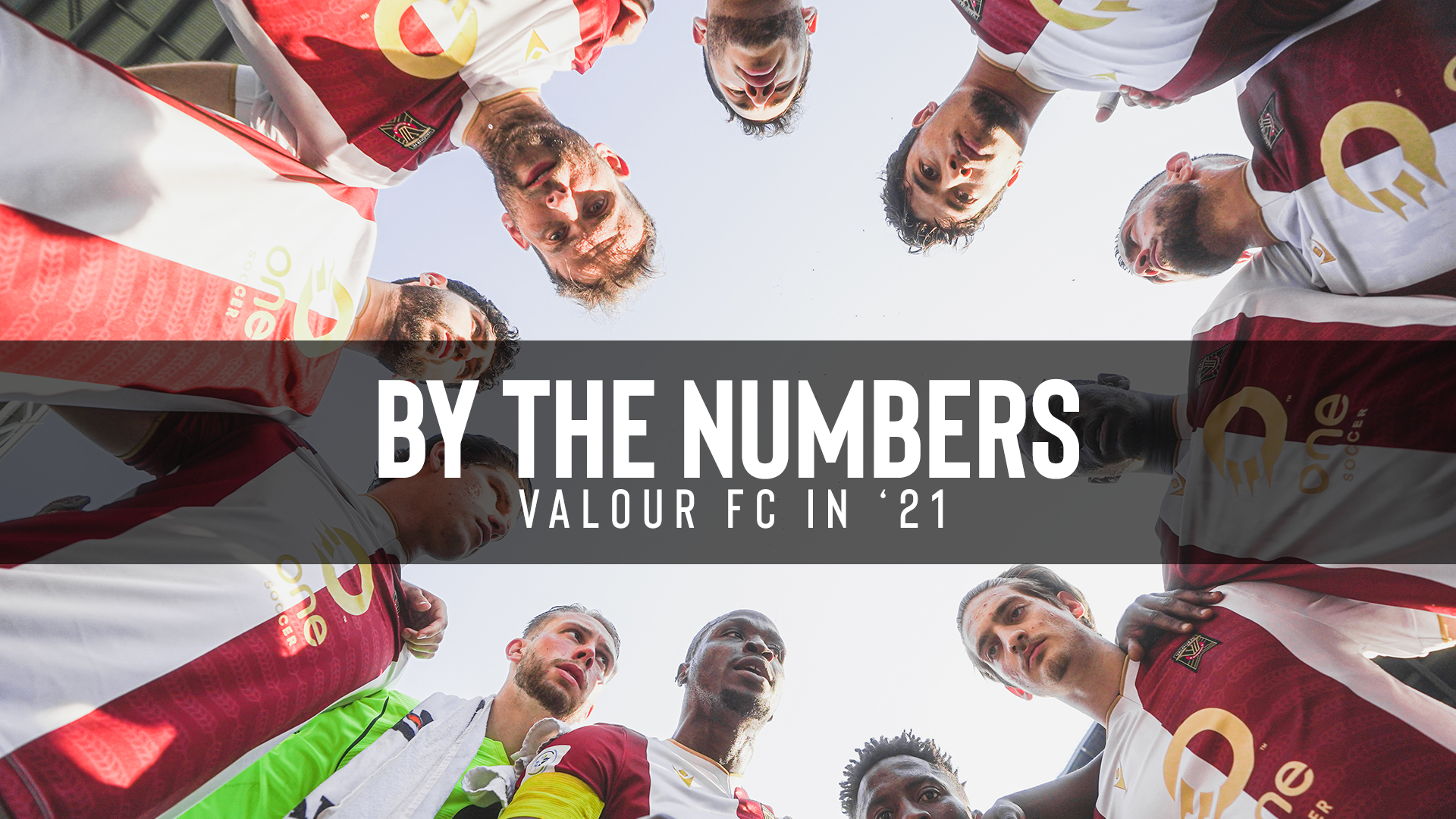 It was a Valour FC season of thrilling teases and bitter disappointments, of wonderful virtuoso performances and the occasional collective defensive lapses.

It was a season in which the first GM and head coach in franchise history, Rob Gale, lost his job and a new face in Phillip Dos Santos was parachuted in to lead.

There was a marvellous run to open the season – six wins against two defeats to stand atop the Canadian Premier League standings – before a costly midseason slump and a valiant pursuit of a playoff spot that fell just one point short.

With Valour’s 2021 campaign now fading in the rear-view mirror, here are some notable numbers that jumped out from all the wins, draws and losses…

Wins by Valour in 2021, the franchise’s third year of existence. That’s a club record, eclipsing the eight wins in 2019, and two more than York United FC, which captured the fourth and final playoff spot.

York United managed eight wins, but also had 12 draws and finished with 36 points.

Clean sheets by Valour in ’21 – second best in the CPL and the most in the franchise’s three years (eclipsing the six in 2019). Valour’s 1.29 goals conceded per match was fifth-best overall, behind Forge FC, Cavalry FC, HFX Wanderers FC and Pacific FC.

Goals scored by Valour forward/midfielder Moses Dyer, most on the club. Dyer scored four from the penalty spot and had three goals in the final two matches as Valour chased a playoff berth.

The 24-year-old New Zealander has now scored 10 goals in 33 regular-season matches for Valour.

William Akio’s goal-scoring total in the first year of professional ball for the 23-year-old product of the University of Texas Rio Grande Valley. Five of Akio’s goals came in the final six matches of the season.

The goal total of Austin Ricci in just 16 matches before he was lost for the year with an injury. He had been among the CPL leaders before the injury.

Clean sheets and saves made by Valour goalkeeper Jonathan Sirois, both leading the league heading into thefinal matches of the regular season. Both are club records.

Total tackles made by Valour’s versatile midfielder/fullback Andy Baquero, most on the squad and sixth in theCPL. The Cuban veteran also missed five matches this year due to injury, making that total all the more impressive.

Stefan Cebara was a workhorse for Valour for much of the season, racking up 2,186 minutes – most on theclub.

Minutes played by co-captain Andrew Jean-Baptiste this year before a year-ending injury. An early-season MVP candidate and dominant defender, Jean-Baptiste had also scored twice in seven matches before theinjury.

Assists by midfielder Sean Rea, leading Valour in ’21. The 19-year-old loanee from CFL Montreal missed five games, but was productive with two goals and four assists in 25 matches, including a pair of Canadian Championship contests.

Valour’s record vs. two-time defending CPL champion and powerhouse Forge FC this season after 2-nil, 1-nil and 3-1 victories this season. It’s both one of the most-impressive and most-confounding numbers of Valour’s inconsistent year.

The win-draw-loss total after the arrival of Dos Santos in September. The club lost its first two matches after his arrival and then settled in to play some of its best football down the stretch, finishing with two wins and a draw in its final three.