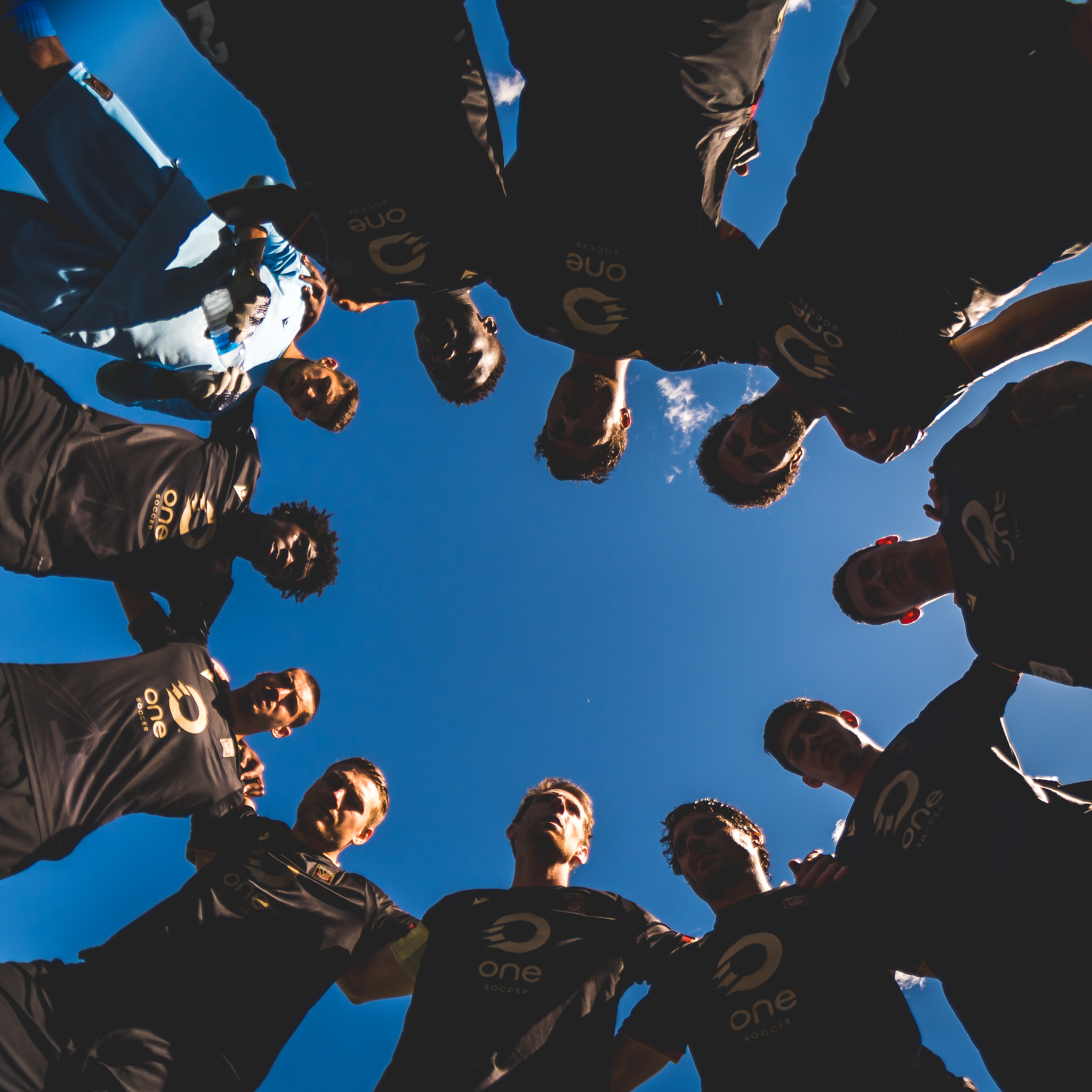 The idea certainly had merit, but there were doubts. Many, many doubts.

How could the Canadian Premier League – this country’s fledgling domestic soccer circuit just one year into its’ existence – possibly pull off playing a tournament-style schedule in a bubble in a place like Charlottetown, Prince Edward Island, where no franchise even existed?

The bigger-picture question might instead have been this: in an already-crowded pro sports landscape, how could the CPL possibly not at least give the idea a shot?

Well, the CPL’s bubble experiment – dubbed ‘The Island Games’ – proved to not only be a sporting success, but an intriguing social experiment, too.

In the end, Hamilton’s Forge FC captured its second straight North Star Shield with a 2-0 win over HFX Wanderers in the event’s finale, capping a 37-day tournament which  also saw the debut of the league’s eighth franchise, Atlético Ottawa.

The format saw each team play a seven-game round-robin in the first stage, with the top four squad advancing to the group stage. The top two teams then met in the final. 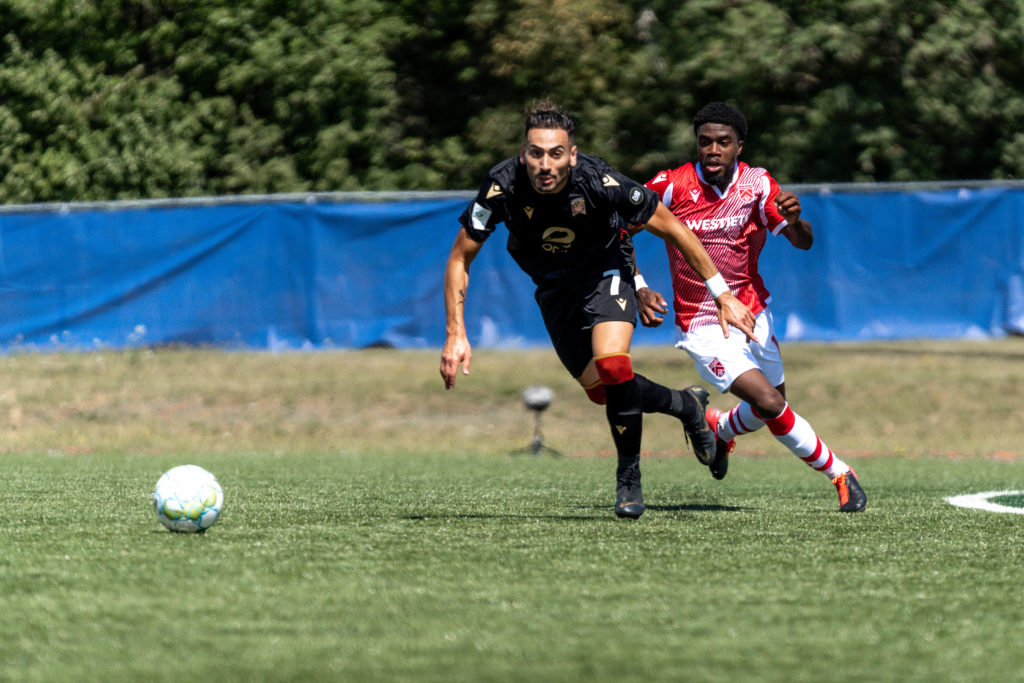 Valour FC’s handiwork at the Island Games – the third instalment in our Valour Year in Review series – was both promising and frustrating at the same time, and most certainly left fans and observers wanting more from Winnipeg’s pro squad.

Valour’s Island Games debut was a 2-nil loss to Cavalry FC, ended with a 2-2 draw against eventual champion Forge. In between there was a 4-0 blanking of Atlético and a 2-1 victory over FC Edmonton, but a 0-0 draw with York9 and a pair of 2-0 losses to Pacific and HFX in which Valour had long stretches of possession and dominating play, but couldn’t finish.

Indeed, with the tournament’s format offering so little room for error what Valour needed more than anything was a bit more runway in order to develop into a cohesive unit and take flight.

Instead a club with just seven returning players battled a rash of injuries and finished with a 2-2-3 record, missing out on a chance to advance to the group stage of the tournament.

In their finale, the draw with Forge, Valour was forced to dress some of its injured just to get to the 16-player minimum.

“I couldn’t be prouder of their effort, commitment, quality and desire,” said Valour GM and head coach Rob Gale as the tournament closed. “The group has been absolutely first class. We’re just disappointed to be leaving, really, because we’ve proven it – we can match anybody in this league.” 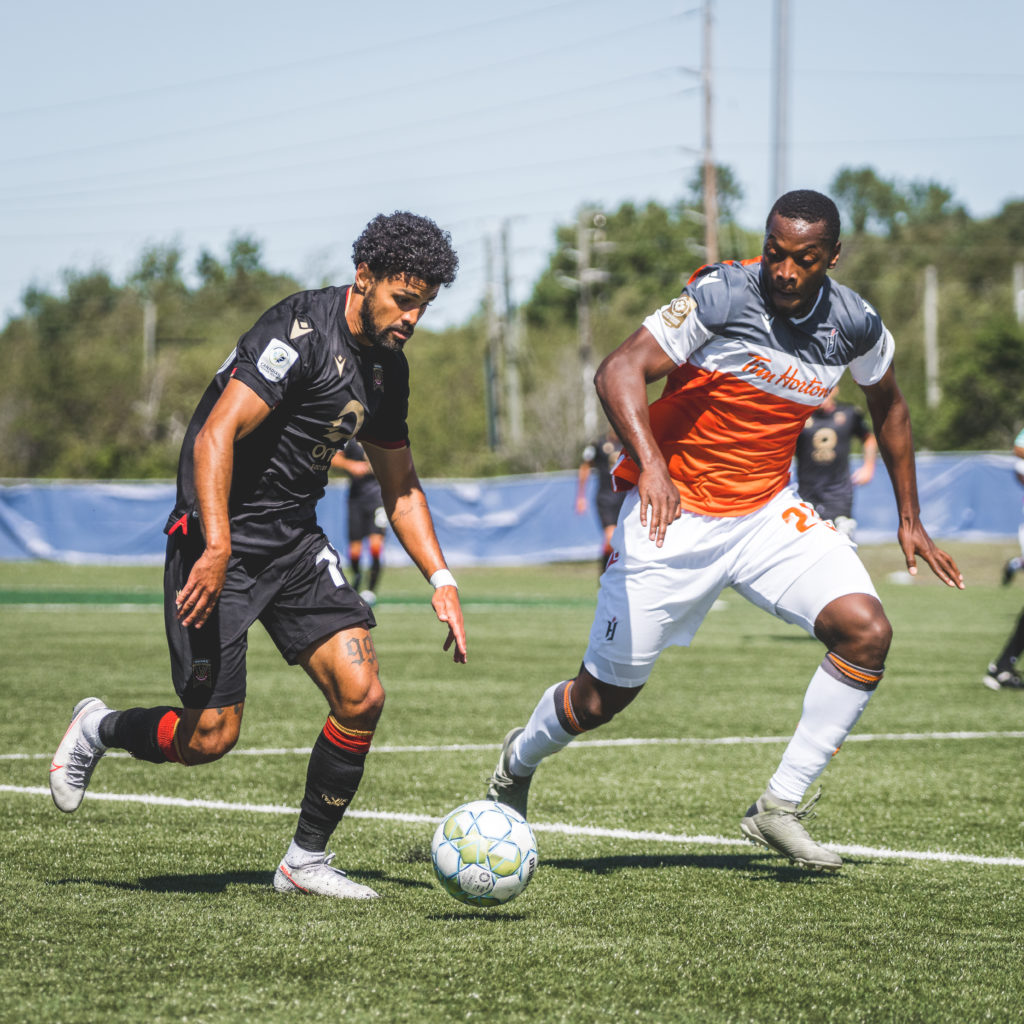 And in that Gale had many CPL observers nodding their heads.

Valour’s goal to cut down its goals-against total led to a vastly improved defence, as they posted two clean sheets and dropped their goals-conceded-per-match total from 1.86 in ’19 to 1.29 in PEI.

Goal scoring continued to be an issue, however, as Valour managed just eight markers in the seven matches – four coming in the win over Atlético. Those goals came from eight different scorers, too, making Valour the only team at the Games not to have at least one player score twice.

Countering that was the work of goalkeeper James Pantemis, on loan from the Montreal Impact as well as centre back Julian Dunn – another loanee from Toronto FC II – coupled with stellar play from Andrew Jean-Baptiste, Stefan Cebara, Brett Levis and a host of others.

There’s more: even with injuries to Raphael Garcia and Yohan LeBourhis Valour racked up 1,532 minutes played by their under-21 Canadians – highest in the CPL – and a testament to the organization’s desire to develop this country’s up-and-coming talent base. 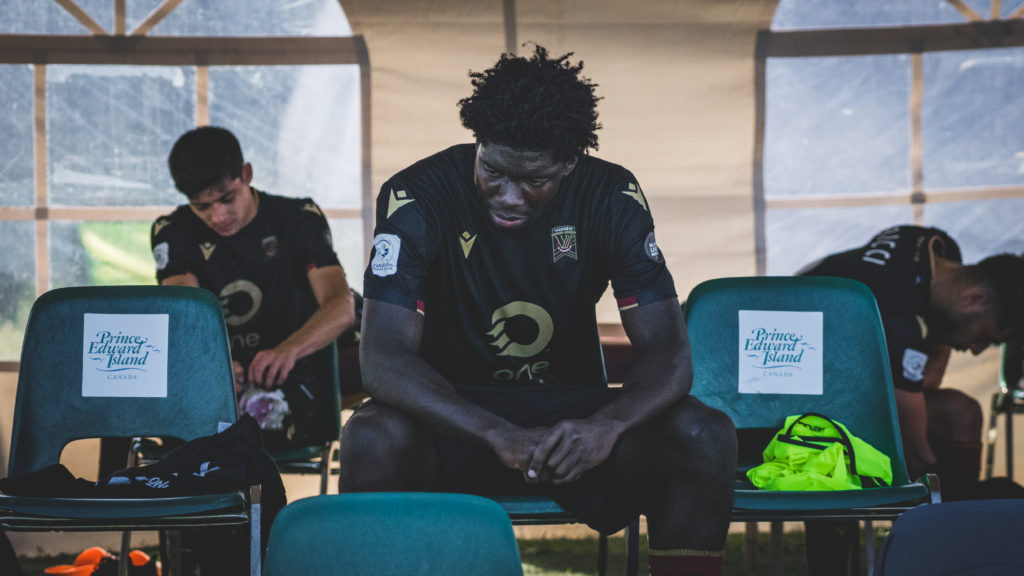 All that meant little at the conclusion of the tournament, however. And seemingly just as soon as the Island Games had started for Valour, they were over.

“Some teams gel earlier, sooner than others,” said attacker Moses Dyer as the club packed up to exit the Island Games. “You could see our team is really together and we’re building on something for next year. Something special.

“You can see the foundation. We’ve got heart. We’ve got desire and we’ve got quality.

Next: Bigger than the game