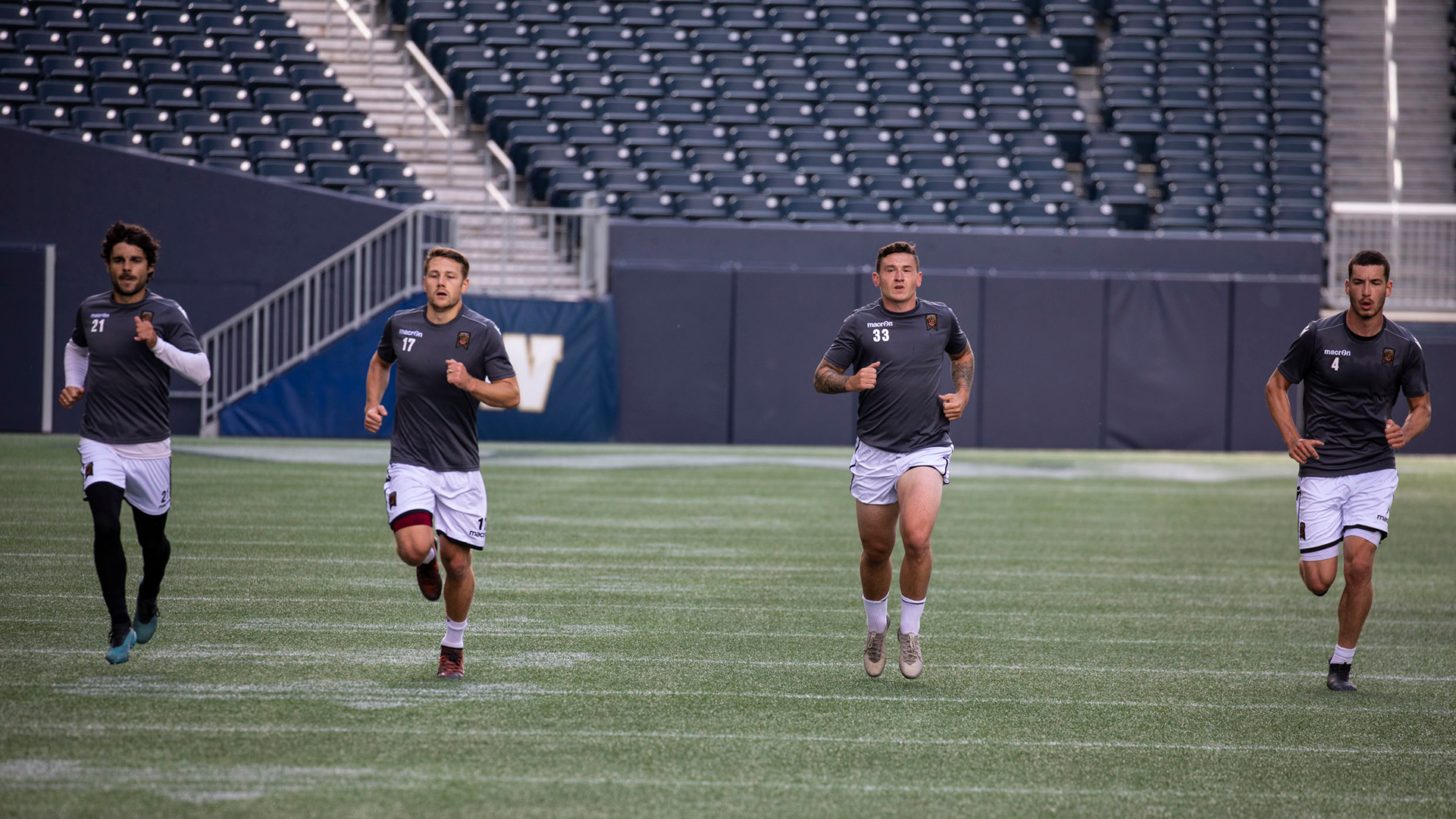 “We get to do something we love for a living and that’s pretty unbelievable.” | Phase Two begins at IG Field
June 22, 2020

It is a small and tentative step toward the completely unknown, and to a possible destination that remains a mystery.

Still, the little victories can add up, too, and Valour FC’s move into Phase 2 of training was clearly as much a mental boost as a physical one when the club got to work at IG Field Monday morning.

“It’s just so nice to be out here training in the stadium because I’m new to the team,” said Valour FC attacker Moses Dyer. “We were doing individual training before and that was exciting at first, but then it started to get a little bit old.

“Now that we’re here as a team, even if all the boys aren’t here, at least we can train together.”

The COVID-19 pandemic postponed all Canadian Premier League training camps back in March. Phase 1 of the return allowed for a maximum of four players on the pitch at one time. Valour FC coaches used a station-based approach in quadrants, focussing on aerobic capacity, quickness, speed and strength, technical and position-specific work. 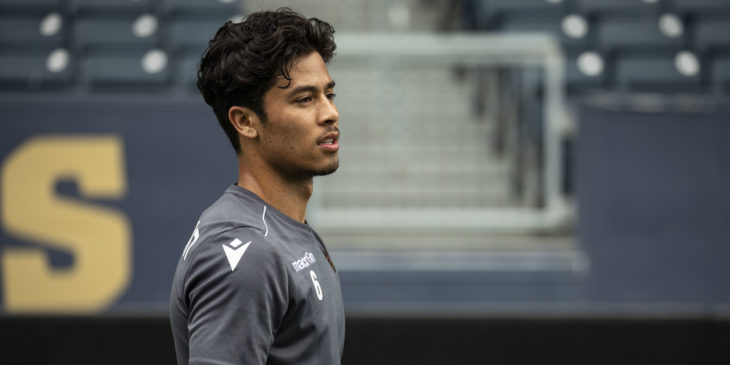 Phase 2 allows for five players in each half of the field, albeit with strict conditions that prevent tackling.

Phase two of training has begun.

We can now train in groups of ten at IG Field. #ForValour | #CanPL pic.twitter.com/O0kwHBSKaa

“(Phase 1) was excellent,” said Valour FC GM and head coach Rob Gale. “As a coach it took me back to academy training days where we get to work with an individual, work on their game and specifics which you wouldn’t normally have time to do in a preseason.

“Now, (Phase 2) is a bit of a step back in terms of realism for the players because you’ve got more numbers, but less opposition. Whereas when you’re working with the individual you could challenge that decision making with the drills and their design.

“But,” Gale added, “in the bigger sense we’ve got more numbers, we’re connecting and it’s good to have the lads, 10 of them at least, on the field at one time with more arriving.”

Four Valour players are expected to arrive in Winnipeg within the next couple of weeks and have had the option to self-isolate in their current locations or upon arrival here in Manitoba. They are goalkeeper James Pantemis, defender Amir Soto and midfielders Masta Kacher and Stefan Cebara.

“Most of us saw each other for two weeks before we left. This is almost like we’re re-introducing ourselves to some of the guys,” said defender Brett Levis after Monday’s session. “It’s just exciting for us. Phase 1 focussed on the individual, so it was a lot of fitness, a lot of running which I understand is part of the game, but all soccer players know you can only do so much of that before you just want to get on a ball and start combining with your teammates and get into the flow of it a bit more. 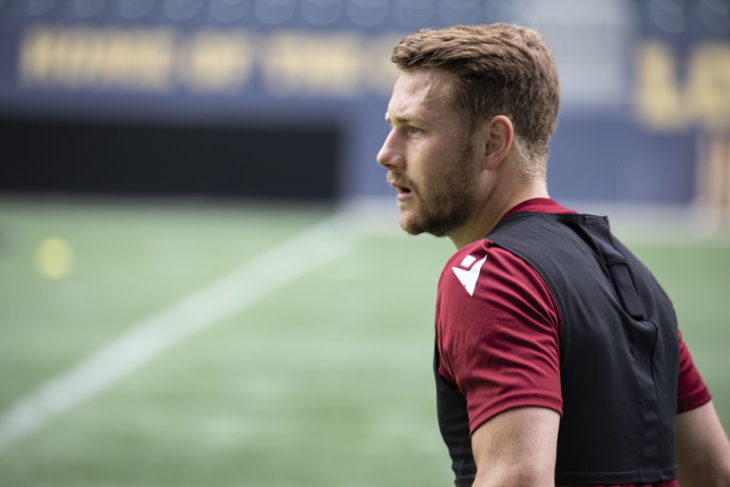 “I personally enjoy every training session. I love the game that much. That might sound cliché, but it’s just the way it is. We get to do something we love for a living and that’s pretty unbelievable.

“It’s the camaraderie and the understanding you get on the ball when you’re starting to do tactical things… like the fullback-winger relationship and things like that start to develop. You can only do so much on Zoom, but even through those Zoom calls the camaraderie we have in this locker room is amazing and I’m really looking forward to what this year has to bring.”

Granted, where this is all headed is uncertain as CPL teams contemplate playing out a season in a hub city, with either Vancouver Island or Prince Edward Island as the reported leading options.

The players, meanwhile, wait for answers but are ecstatic to be simply training again.

“We control what we can control and that’s showing up every day and putting in the work so that whenever we’re called upon – whether it’s a tournament, a season or whatever happens – that we’re ready individually and as a team collectively,” said Levis.

“This pandemic is something that no one has ever experienced before, regardless of the profession. Depending on what happens you just have to prepare.”