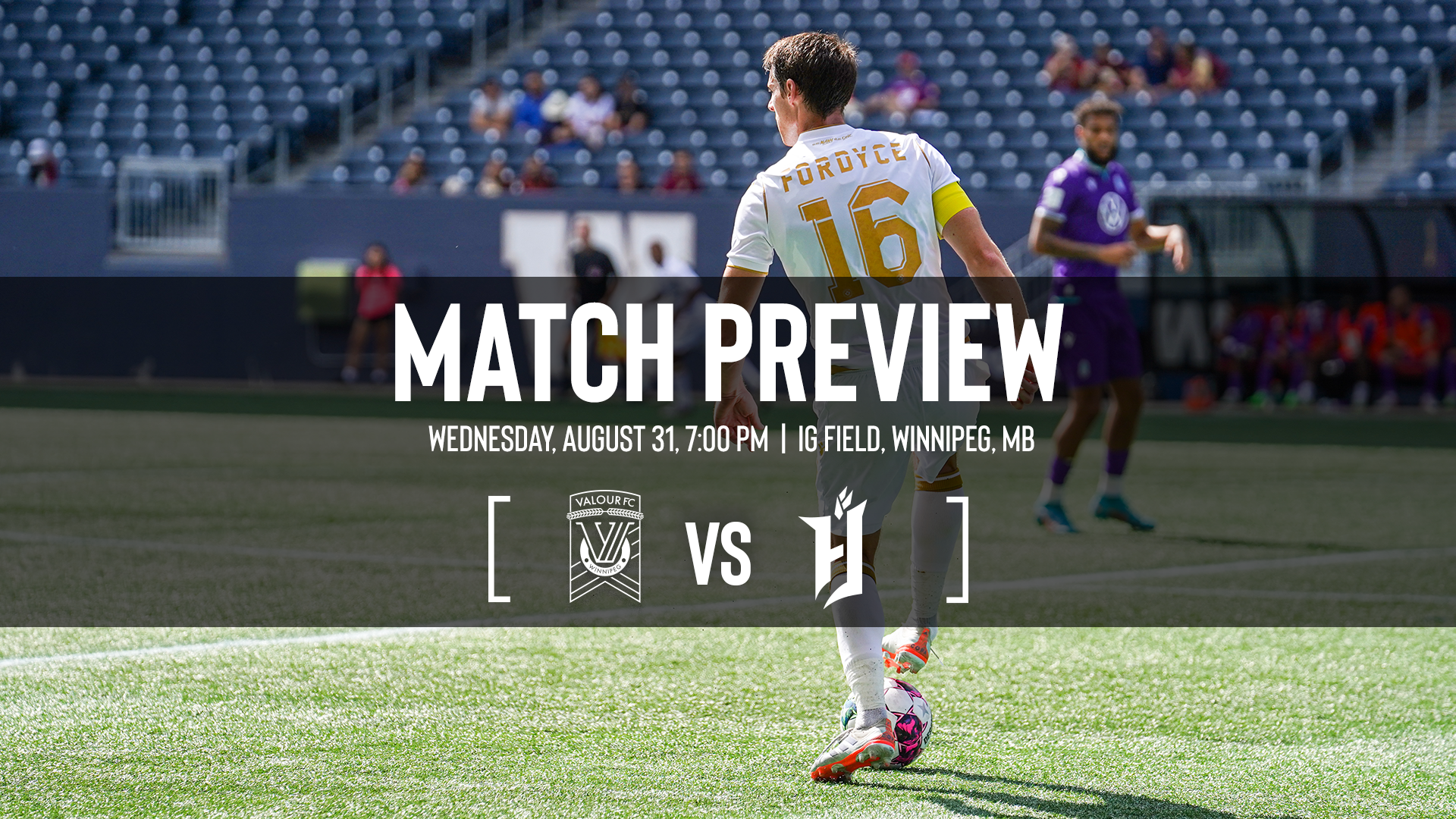 “We’re trying to finish off the season in a strong position and if we do that, we think we can clinch a spot in the playoffs.”
August 30, 2022

It would be only natural for Daryl Fordyce and the rest of the Valour FC lads to spend hours and hours studying the Canadian Premier League standings and the upcoming schedule to formulate any number of possible scenarios.

Natural, but completely unwise and no doubt unhealthy for the collective state of mind.

And so, buoyed by Sunday’s 1-nil victory over Pacific FC and with a quick turnaround to Wednesday’s home match with Forge FC at IG Field, Fordyce & Co. have instead adopted a much simpler approach.

“It’s all about us right now and it has to be,” said Fordyce, the veteran Valour midfielder and co-captain after training on Tuesday. “It’s always about consistency in this league and soccer in general. It’s difficult to win two-three games in a row. But that’s what it is for us now – trying to get another win straight off the back of the weekend’s win.

“There’s no point worrying about the teams around us and who we can’t catch if we don’t take care of our own business. That’s just how it is. We’re trying to finish off the season in a strong position and if we do that, we think we can clinch a spot in the playoffs.”

Valour enters Wednesday’s match still in fifth place in the CPL standings, five points out of a playoff spot and just nine points out of first overall. With seven matches remaining and a victory worth three points, Valour FC GM and head coach Phillip Dos Santos recently told his troops to view the rest of the regular season as tournament-style football – be the best of the five teams vying for the four playoff spots and the club should be playing extra games in October.

“We’ve approached it as an eight-game tournament. It just means that if you lose a game or two, you’re most likely out of it and that’s how tournament football works,” Fordyce said. “That’s the message he put across to us.

“The big thing is we have to start playing for each other more, because as players it’s very easy to play for yourself and overlook that what you have to do for the team is more important. In the last game against Pacific every single player played for each other perfectly.

“You could see how in control we were because we had numbers around the ball and when we were defending, we had numbers behind the ball. We were working for each other. It’s a team sport and the more you play as a team then the better you’ll be as a team.”

Wednesday’s match is the latest in what is a critical and busy stretch for the club, with three games in a week. Wednesday’s match was originally slated to be the club’s home opener back on May 1st but was rescheduled due to CPL COVID-19 protocols.

That match is then followed by Sunday’s regularly scheduled match, also against Forge, at IG Field.

“Right now things are great because when you have a quick turnaround after a game that wasn’t good for you it makes it more difficult because you don’t have a lot of time to work with the guys,” said Dos Santos. “We had a day to recover and then a day to nail some things down and work on a strategical approach, but it comes when the guys are relaxed. 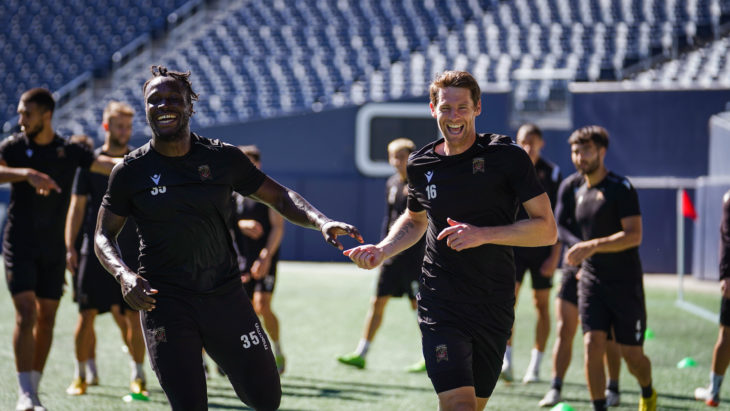 “We’re confident. We’re in a good place. The month was good for us overall – we looked at it and out of a possible 15 points we got 10 and could have gotten more if we had done what we needed to do against Edmonton and secured that result. We want to finish the month well.”

Valour FC will have veteran defender and co-captain Andrew Jean-Baptiste available for Wednesday’s game and Dos Santos hinted he could return to the lineup. That decision will come in the wake of Sunday’s stellar defensive effort that saw the club not only register a clean sheet, but not allow a shot on goalkeeper Rayane Yesli.

“There’s two ways to go about it,” said Dos Santos on whether he would return Jean-Baptiste to the starting 11 or bring him off the bench. “You could look at it that because the team came off a clean sheet you go with the same squad. Or you look at it like you’re putting in a guy who is going to have fresh legs who gives you an opportunity to freshen up a sector of the field that could need it. Having a game (Wednesday) and then another on Sunday, it’s a good problem to have for us knowing we have options who can step in and perform.

“We’ve kept everything open. There’s going to be a couple options to freshen up things, and that one is a valid one.”