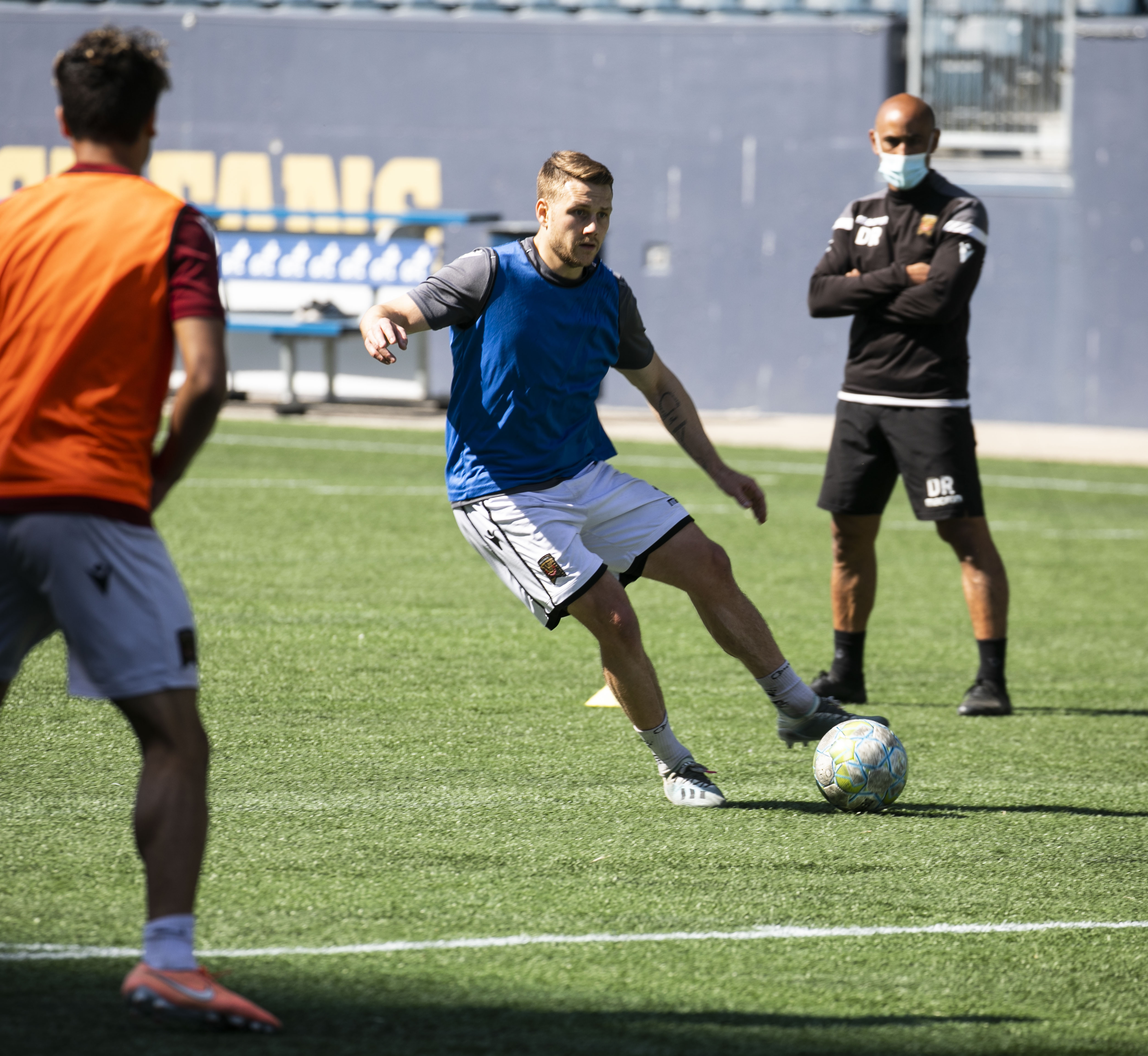 “Be grateful, but understand the hardest work starts now. The hardest part is once you’re in, staying in.” | Valour FC opens 2021 training camp
May 17, 2021

It was something Valour FC boss Rob Gale once took for granted but has come to appreciate that much more in the last year.

There was Gale on Monday running with the troops out to work on the first official day of on-field training for the Canadian Premier League club — and soaking up every nanosecond of it all in the process.

“It was great just coming out of the tunnel with all the group together out onto IG Field… like we say, what a beautiful place to come to work every day,” began Gale in a chat with valourfootball.club. “You could feel the excitement with the group. The numbers were there with players coming out of quarantine, the U Sports lads, triallists all in.

“The excitement was there for everyone to see and feel.” 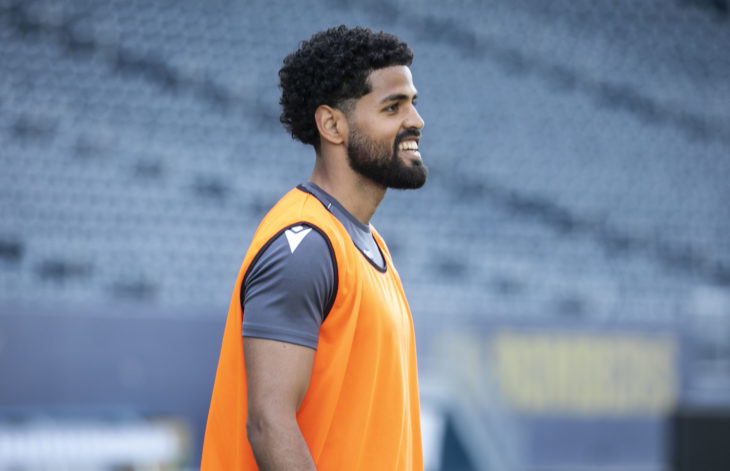 The coaches and players did gather over the weekend for some fitness testing and orientation. During that time Gale & Co. hammered home the expectations and standards for every player, while outlining the opportunity ahead.

“On Saturday we took the time to say, ‘This is who we are as a club,” Gale explained. “’This is what our values and principles are and you have to understand you’re in a privileged position. You’re representing our club, our city and our province.’

“We talked about expectations and standards and making sure they understand the reason they’re here is we know they’re good quality people. Now it’s up to them to take that next step and earn contracts if they’re on trial and if they are in and under contract, make sure you stay in – you’re in a privileged position. I get hundreds of videos each and every day from people wanting to their seat. They are in the seat, so don’t take it for granted.

“Be grateful, but understand the hardest work starts now. The hardest part is once you’re in, staying in.”

-Valour had 23 players at IG Field on Monday, although not all are fully participating yet due to a variety of knocks and ailments. Of those players, the following are under contract or on loan agreements: 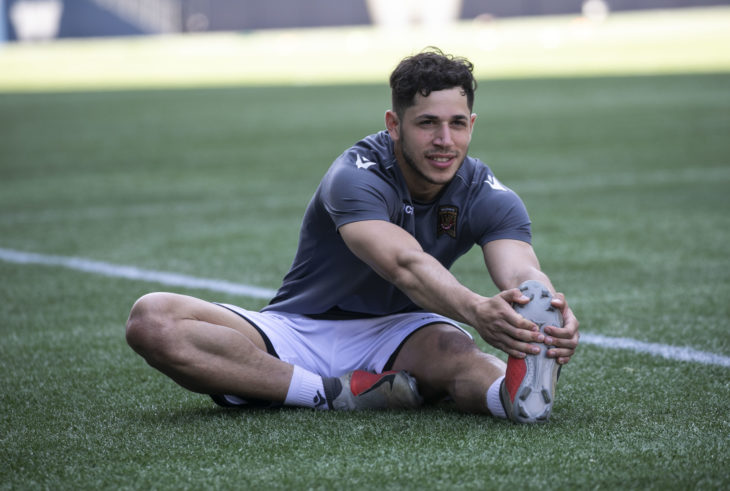 -Triallists: Georges Mukumbilwa (Winnipeg product via the Democratic Republic of Congo who was released by the Vancouver Whitecaps last November), Nickolas Baikas (University of Saskatchewan), Nico Galvis (who played in 12 games with Valour in 2019), Andy Baquero (from Cuba).

“We’ve got good competition for places and that’s what you want,” said Gale. “You want that energy and freshness from the newly signed players and for those last few spots you want people competing for them.”

-Valour announced within the last week or so that both MF Nestor Monge and F Ronny Maza would not be able to join the club due to visa issues. That means the club is on the hunt for at least one more player.

“We’re still looking,” said Gale. “We’ve lost Nestor, so we’re looking for a linchpin, someone who can connect the game for us in the middle of the field. We’re actively working on that. We’re looking at a centre back still and have had some options on that and it’s been a little bit longer getting that one over the line than we would have liked, but we feel that should be coming quite soon.”

-The CPL issued a statement on Friday https://canpl.ca/article/cpl-2021-season-update-clanachan-committed-to-june-or-early-july-start-at-single-site-full-28-game-season indicating a full 28-game season was still planned, likely for a start date of around Canada Day.

“It’s a lot easier than last year because we know it’s going to come and the bubble is happening and it’s going to be a full season,” said Gale. “Those are two important factors. No. 1, we’ve got a good idea when the bubble is starting and we know we need to prepare. So, no days, no shifts, no training sessions wasted between now and then as others have started a lot earlier than us. We need to be ready in our six-week window that we’ve prepared for. 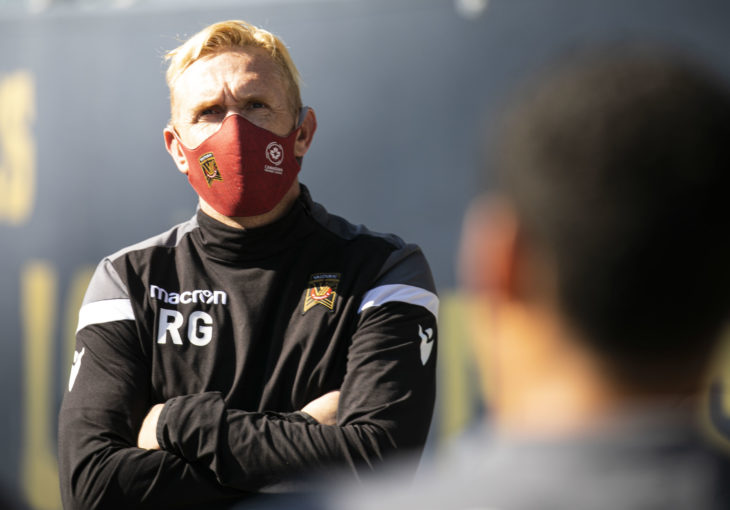 “Then, there’s the fact that it’s going to be a full season. The importance of preseason now is getting your based fitness and making sure your standard, your work ethic and the quality of each and every training session is there because this is the time we have to train and work and coach the players. During the season it’s going to be like four Island Games – eight months of games over four months of a season. It’s going to be very little coaching, but about organization and tactical work, but most of that will be done through video and light training sessions. The preseason is absolutely vital for all of those factors.”

-Valour will head into the start of the season likely without any exhibition matches which can be detrimental in both evaluating talent and getting ready for the real games.

“That’s the only down part or real challenge for us here,” Gale said. “Most of the teams are in the same boat. I think Pacific had an advantage because they were able to get a Whitecaps friendly in and more travel on the west coast. Atlético (Ottawa), obviously, went of the country (Spain, home of their parent club, Atlético Madrid) to get preseason games.

“Similar to last year that’s the great challenge – we don’t have anybody to play, there’s no competition for us. We aren’t able to travel and using travel at this stage is a considerable risk with all the variants of concern, restrictions and quarantine when you get back… it’s just not possible.

“Similar to the Island Games last year we’re going to try and hit the ground running as quickly as we can. Luckily there’s 14 returning players and it’s not as big a turnaround in the starting 11 as it was last year. Obviously there will be new ingredients blended in there and some different looks, but we’ve got a good healthy base from last year and we’ve got to get as game-ready as we can with intra-squads, small-sided games and matches, but we don’t have any university opposition or professional clubs close to us where we would be able to get meaningful matches in.”