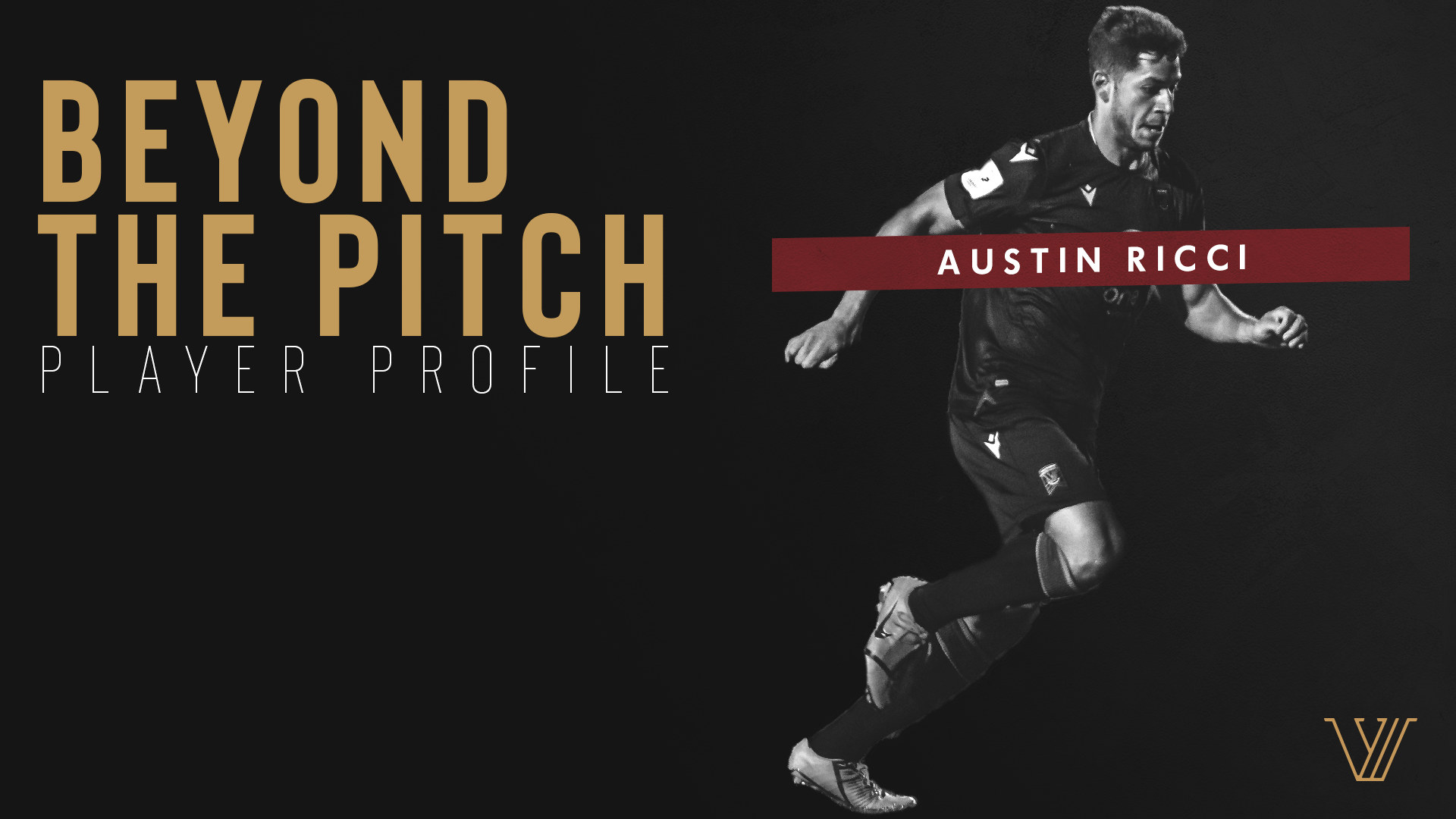 It’s a number Austin Ricci doesn’t like at all, and is vowing to change ASAP.

But first, this: take a glance at the Valour FC forward’s stat line from the 2020 Island Games and there are some impressive numbers that speak of his impact in the short tournament in Prince Edward Island this summer.

He appeared in six matches, played 365 minutes in total and finished with eight shots – tied for second on the squad behind Fraser Aird’s nine – while drawing two penalties.

And there was also this stat: zero goals scored. 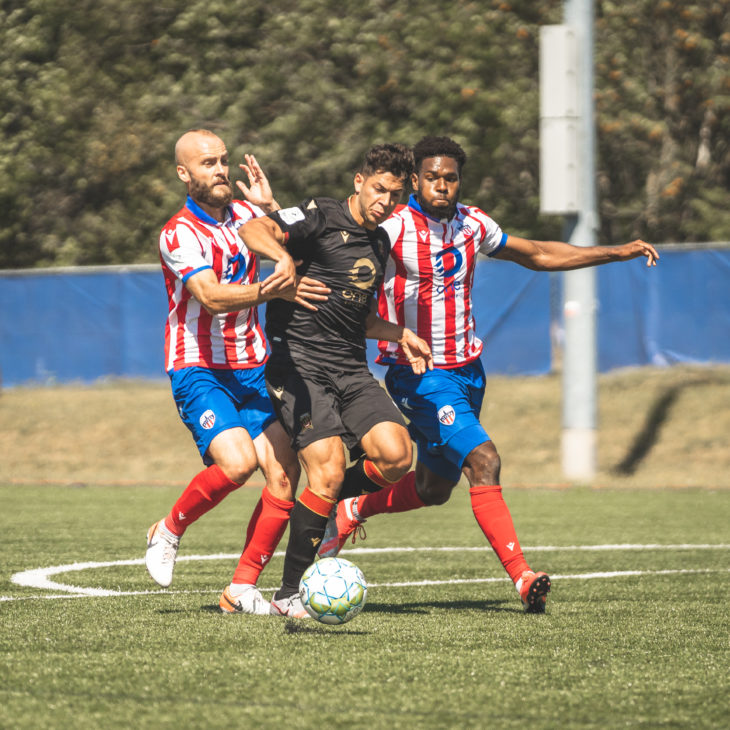 Yet, speak to the 24-year-old product of Richmond Hill, Ont. for any length of time and an understated confidence oozes from his every sentence. It’s not a boastful tone by any means, but a belief in himself and his training and a sense that, yes, the goals will come – just as they did at every level before his Canadian Premier League debut with York9 FC in 2019 before joining Valour this past year.

“I’ve scored goals my whole life,” Ricci began in a recent chat with valourfootball.club. “Scoring… it’s just the best feeling. It’s doing your job. That’s your goal in every game: to score goals. And if you can’t score you can’t win.

“So, when you do score, there’s a sense of satisfaction, that you’ve helped massively to potentially impact the game in your team’s favour. It’s scoring for more than just yourself… you know that the other 10 players on the field and everyone on the bench is getting a boost from that.”

Soccer has been Ricci’s passion for as long as he can remember. Little wonder. His father Angelo played. So did his mother Ornella and his brother Christopher.

“Italian background, Italian parents… of course we’re big soccer fans,” Ricci said with a laugh. “We were born into that lifestyle. I’ve been in love with the sport for as long as I can remember.”

A member of Ontario provincial teams growing up, Ricci was also the MVP of his high school team for three straight seasons. He parlayed that success into a scholarship at Oakland University in Rochester, Michigan, where he scored 22 goals in 71 matches from 2014-17 – including eight in 17 matches as a senior, a year in which he was named a Horizon League First Team All-Star.

He made 28 appearances with the Michigan Bucks of the Premier Development League in 2017-18, again finding the back of the net regularly with 17 goals. And, after scoring five goals in eight matches with Vaughan Azzuri of League1 Ontario, he signed his first professional contract with York9 in December of 2018, appearing in nine matches the following year in the CPL’s inaugural season.

Now, while he’s yet to score in 15 CPL matches, Valour management is intrigued by his skillset – including a booming shot and a dedication to fitness and training that rivals any player in the league.

He’s also got the kind of motor and physical presence that consistently makes the defenders he is pressing uncomfortable. 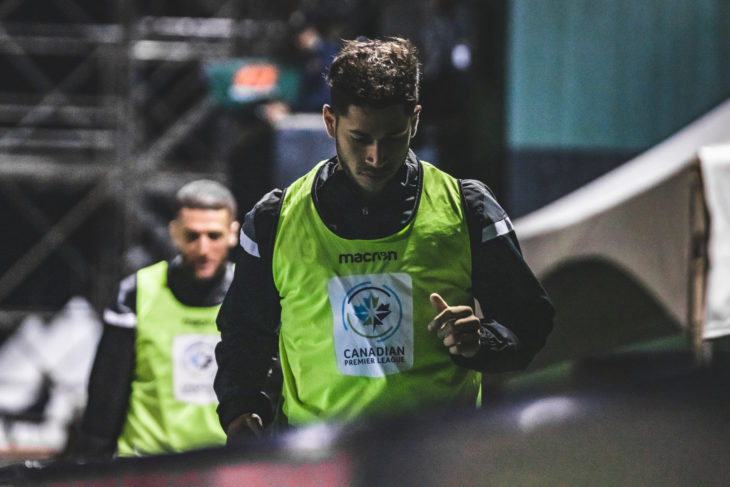 Now it’s a matter of harnessing all of that.

“I have nothing but good things to say about (Valour coaches) Rob (Gale) Damian (Rocke), Patrick (DiStefani) and the staff because they’ve shown belief in me,” said Ricci. “They’ve shown that they care and when you know that your coaches have belief in you and want to work with you, it’s a good feeling.

“It helps make you more at ease with everything and helps you go from knowing they believe in you to giving them a reason to prove they made a good decision in believing in you and playing you.

“And all of that is huge, especially where you string a game or two together where you don’t score. But any positive impact you have towards helping your team score or getting a win is huge. An assist, a goal… it’s like an avalanche effect when that first one goes in they all start to come. Everyone’s been in situations like that in in the past and I have before. If that first one had gone in I believe there would have been multiple goals going in.

“That’s what I’m aiming for next year.”

Ricci holds a business management degree from Oakland University, an accomplishment he is both proud of and hopes to put to good use soon.

But right now his short-term goal is clear: it’s about squeezing as much as possible out of his game, about finding his goal-scoring touch again and helping Valour pile up wins in 2021.

“Confidence is a funny thing sometimes,” said Ricci. “I believe in myself. It’s not that I’ve ever lacked confidence, it’s just that I hold myself to a high standard. Anything short of excellence or not doing well, I’m just not satisfied in all aspects of my life. I know myself and what I’m capable of and if I don’t produce to that level then I may be unhappy, but it also drives me to work harder to get to the level or produce in the following game.

“In some situations it could be negative, where people are too hard on themselves or start questioning themselves. Ultimately that could mean a drop in their confidence or they start over-thinking things. You’ve got to be realistic, but also use it as fuel to help push you.

“My goal is to head into next year in top shape, in top form, with high confidence and have a breakout season. I want to perform extremely well. I want to produce in every game that I play, whether that’s a goal or an assist. I want to be impactful in every game.”