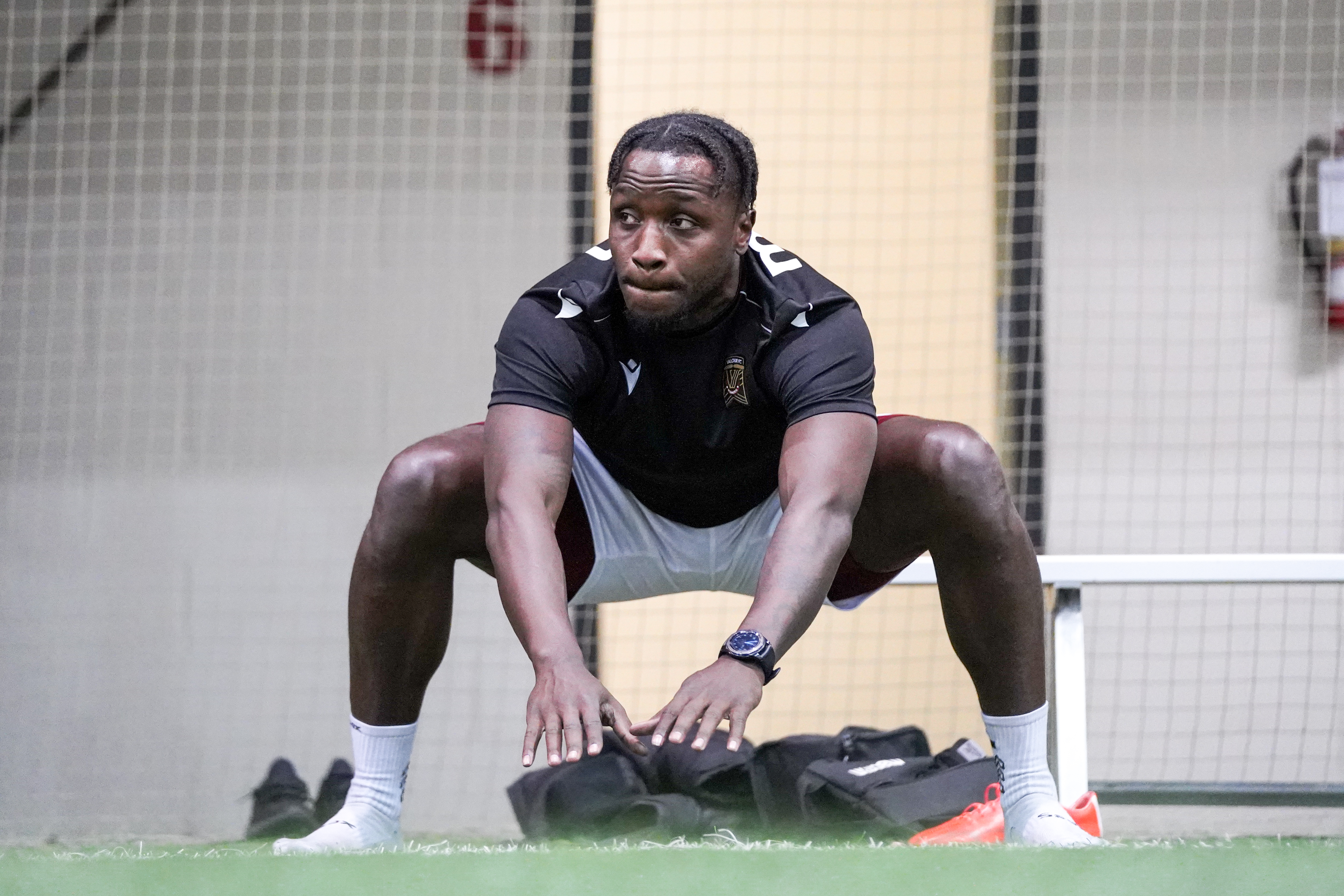 There is joy and there is excitement in Andrew Jean-Baptiste’s voice and in his mannerisms, even as he does his best to contain it.

It was obvious near the end of  Valour FC’s training session at WSF South Tuesday morning, as the dominant centre back and the squad’s co-captain headed or rifled home crosses.

And it was still there as the 29-year-old veteran attempted to put into words what simple moments like that – moments he perhaps once took for granted – now mean so much as he attempts to return from offseason knee surgery.

“For me, it’s a blessing to even be back on the pitch,” began Jean-Baptiste in a chat with valourfootball.club. “A lot of players go through these types of injuries – many overcome it and become major players and others, their careers are stunted by it. So just being here on the field with my teammates… that opportunity feels amazing.

“For the longest of times I wasn’t even allowed to touch the ball. I’m over here coaching kids in the morning with Damian (Rocke, assistant coach) and sometimes Phil (Dos Santos, GM and head coach) and Jay (Bhindi, assistant coach) would stop by and I’d get caught with the ball on my foot and they’d be saying ‘Ummm… what are you doing?’ So, to be able to come out here and hit a few passes and shots and everybody can see that I’m out here doing this is good. It’s a blessing.”

Just to recap here for some context, it was last July during a 3-nil win over York United FC that Jean-Baptiste tore the ACL in his left knee. The injury was devastating not only because it ended his season and took arguably Valour’s best player out of the lineup for the rest of the campaign, but because of the long road to recovery.

That road can be riddled with potholes and, as a result, Jean-Baptiste has learned to ‘trust the process’ – a term he uses repeatedly as part of his physical and mental approach to rehab.
“It’s hard. It takes a lot of patience and trusting the process to know your time is going to come,” he said. “You can’t rush these things and, I’ll tell you, there’s moments I wanted to. I was hitting double, triple sessions a day and when the athletic trainer found out I was doing that I was in trouble, and I had to bring it back down and remind myself there is a procedure for this.”

Valour’s medical staff is said to be pleased with Jean-Baptiste’s work in his rehab and he said Tuesday he’s where he ‘needs to be’ in that process. It’s unlikely he’ll be cleared to play for the April 10th Canadian Premier League season opener in Edmonton or any of the early matches on the schedule.

But there is progress.

“I don’t want to put a date or that kind of expectation on this,” he said “I mean, I originally did have that – I had looked at the day of my surgery and marked (his return) on the calendar. But they’ve told me it doesn’t work that way, as some people take a year to fully recover, some are ready in seven months. You can’t put it on a calendar like that, so I took it off of my calendar and replaced it with a message — ‘2022 is yours, but it starts now.’ The docs and the physio say I’m doing well and that’s the positive approach I have to take when I step back on the field.” 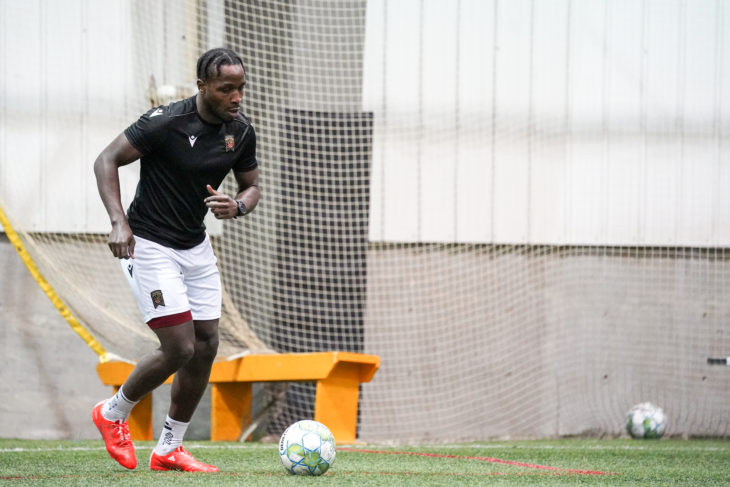 Again though, the signs at every Valour training session are all encouraging. Asked what it might be like to pull on his kit again and run out of the tunnel for a match, Jean-Baptiste grinned.

“It’s going to be un-believe-able,” he said. “I’ve worn the uniform only about 10 times in the last year and only five-six of them were for games, the other times were for photo shoots.