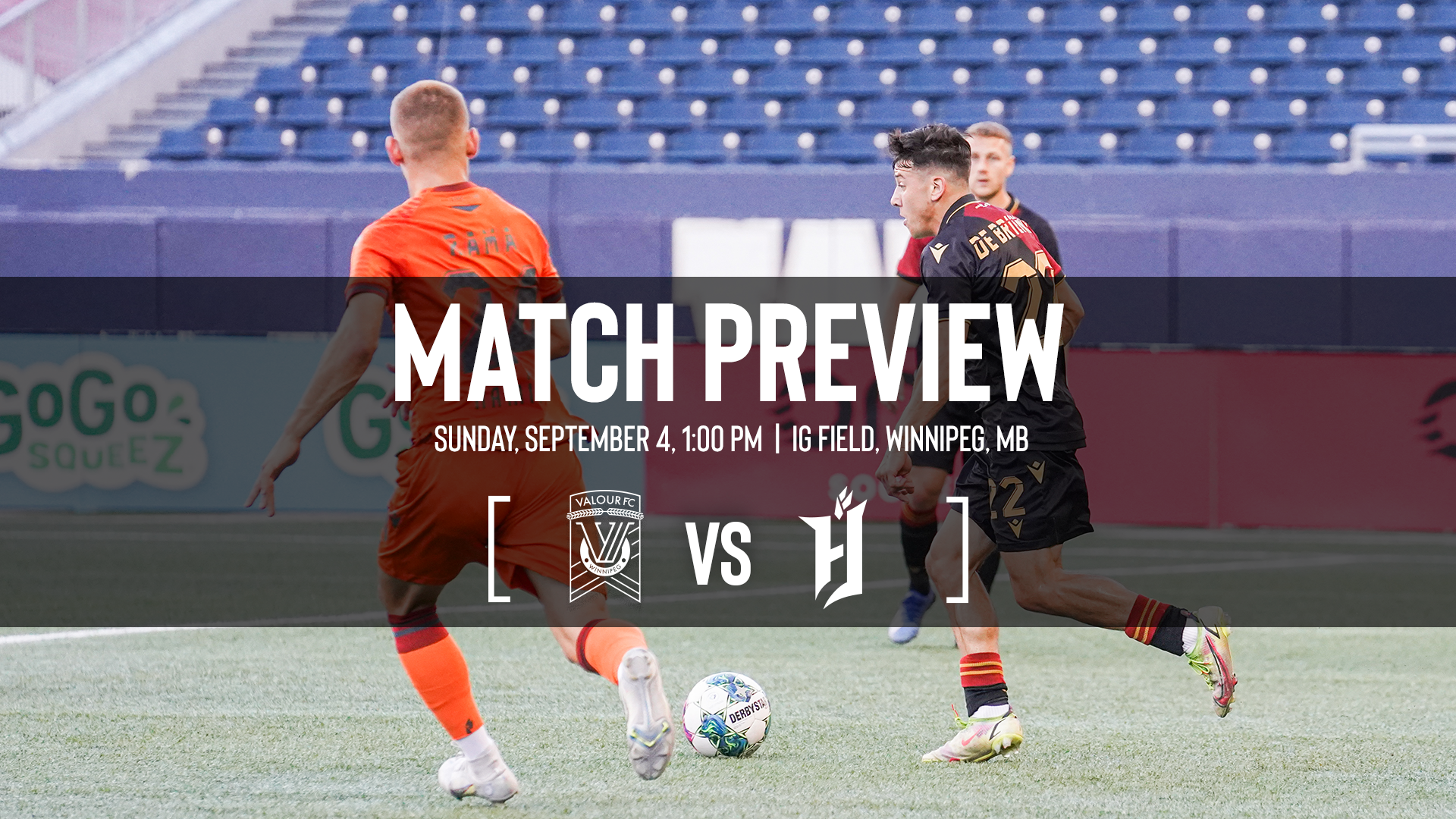 “He knows how I am. I give to Caesar what belongs to Caesar, and I want to give him credit for that because he’s a kid that works very hard.”
September 2, 2022

It was just a few nights ago and there was Matteo de Brienne – not long removed from scoring a goal-of-the-year candidate in a critical Valour FC win – plopping down in a chair in front of cameras for post-match interviews.

He grinned and he smiled as he politely answered questions, making sure to thank his teammates and coaches first and doing his best to deflect the attention from himself.

And in his address came his infectious enthusiasm that has endeared him to everyone under the Valour FC umbrella.

Now, the scene represented so much more than just a flash moment to bask in the spotlight for the 20-year-old Ottawa product, for his road to this point would hardly be represented by an arrow pointing straight upward.

“Matteo is a guy that for a long part of the season wasn’t in my plans,” explained Valour FC GM and head coach Phillip Dos Santos. “Many times he was told that it wasn’t enough, that this was no longer the competition he was used to and that in the pro game there’s other components you need to better and need to grow in.

“But he never quit, and he never stopped working. Sometimes as a coach you get a lucky hand because he was given an opportunity when (Moses) Dyer was suspended and (Walter) Poncé got an injury and credit to him he grabbed it. 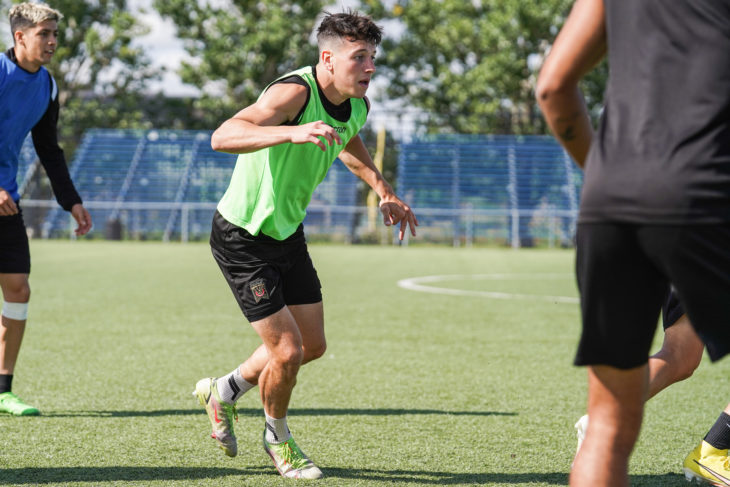 “He knows how I am. I give to Caesar what belongs to Caesar, and I want to give him credit for that because he’s a kid that works very hard. I’m a Christian and I believe that there are spiritual laws and for people who work and are honest and do things the right way there will be rewards. He’s getting those rewards.”

Valour FC signed de Brienne in January, opting to get his name on a contract prior to the 2022 CPL-U Sports Draft for which he was eligible. First identified by Atlético Ottawa in 2020, de Brienne travelled with the club to the CPL’s Island Games but did not see any minutes.

He then spent time with FC Manitoba last year before joining Carleton University, where he scored six goals in 10 appearances and was named to the U Sports All-Rookie Team.

He arrived in Winnipeg in February with so much raw talent and promise, but the transition from college wasn’t easy.

“From the start it was a bit of a bumpy ride, I would say, for me,” de Brienne said. “I tried to work as hard as I could day in, day out, but there were some players who were way above me. I didn’t let up and tied to work as hard as I could, and fortunately enough coach gave me that opportunity and I managed capitalize against Pacific (scoring in his first start, back on July 30th).

“I’ve been training. I’m just trying to be as calm as I can be, trying to be a team player and from there it’s build to me getting more and more opportunities. I’m thankful for that.

“(The mental battle) had a lot of effect at the beginning, but I’m not one to quit. The fact that I had all this information… I’ve got four coaches telling me exactly what they want from me and that really helped me. I’ve got all my teammates there, all my coaches telling me what I need to do better, and I just tried to put it in day in, day out and as soon as I managed to do that it’s been good.” 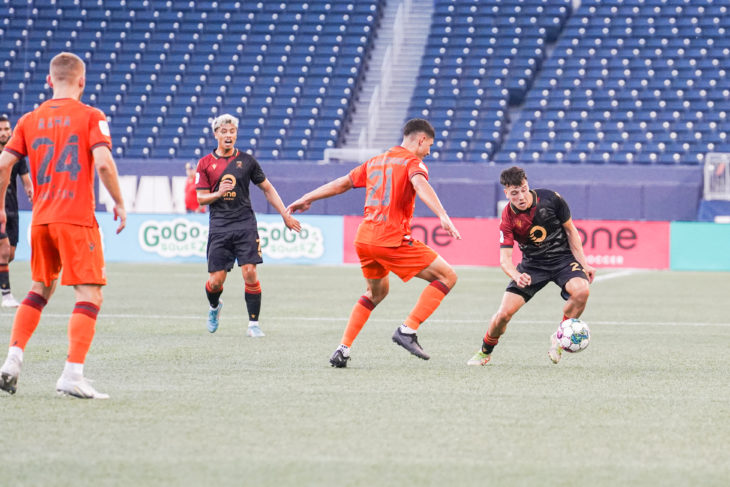 In many ways de Brienne’s growing confidence mirrors that of his squad. Valour is on a 4-1-1 run at home of late and has inserted itself into the CPL playoff picture heading into Sunday’s rematch with Forge FC.

Something is growing with this team, just as it is with de Brienne’s game.

“It means everything,” he said of the praise from Dos Santos. “From when I was at the academy with the Whitecaps, I had Phil Dos Santos who was up there with his brother with the first team. The fact that I’m here today and he’s seen me come through the ranks… I’ve just looked up to him because I always wanted to be a part of that team, always wanted to be on the first team… players like Brett Levis, who was a left back and I was a left back at the Whitecaps, so I always tried to match him. Now that I have him as a teammate and my wingback partner is incredible. I’ve really enjoyed the process so far.”