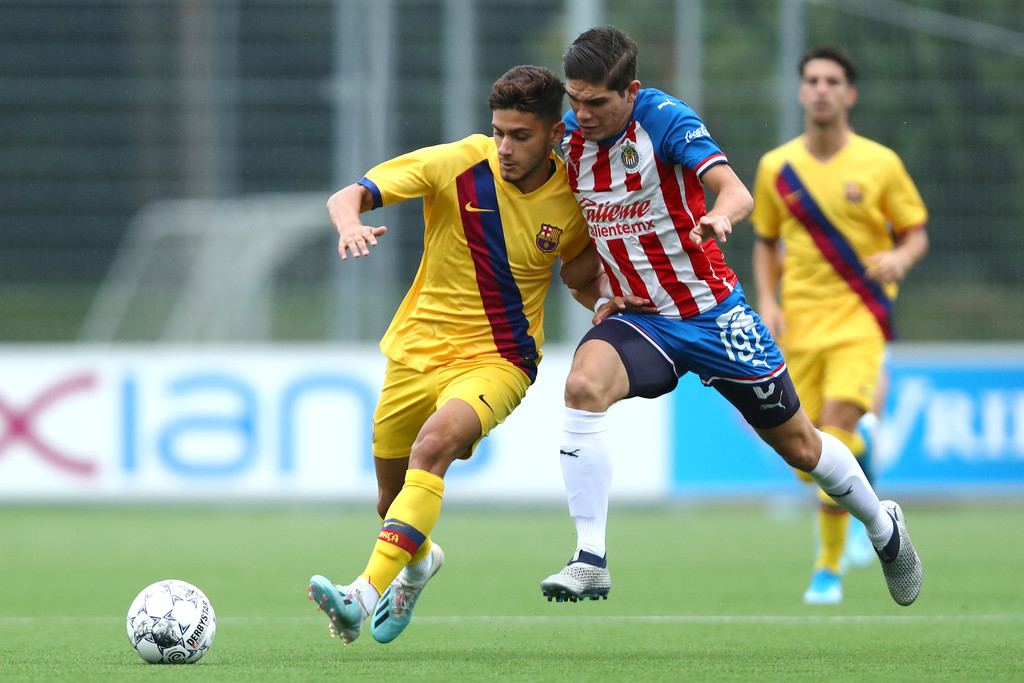 Valour FC has brought another international on board in Rodrigo Reyes and, first and foremost, as a central defender he helps strengthen the overall spine of the squad.

Reyes, 20, comes on load from C.D. Guadalajara in Mexico after spending the 2021 season with the U-20 side, where he was also captain.

“He’s got great composure,” began Valour FC GM and head coach Rob Gale. “If you’ve watched him play – and we’ve watched many, many of his games – he’s just very calm and composed and like most Mexican defenders he’s wiry and good in a 1v1 battle.

“We really liked how he brought the ball out of the back. He’s also an organizer, a leader and a good character from everything we’ve been able to find out about him. 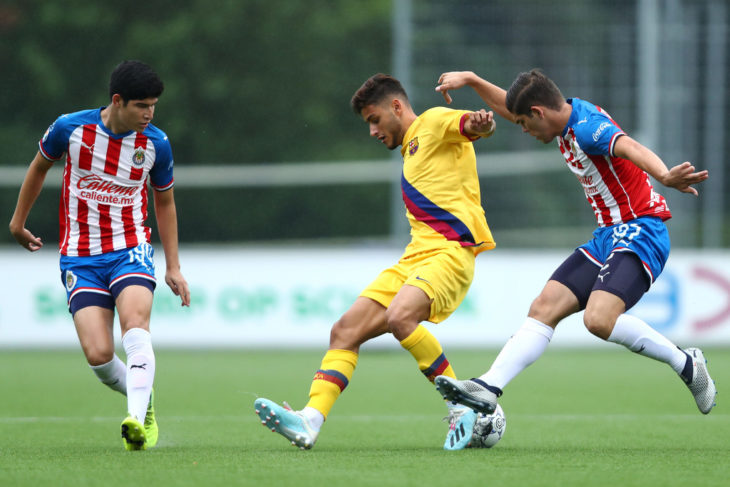 “That was part of the appeal for (Chivas Guadalajara),” Gale explained. “He’ll be playing with Amir, a Panamanian defender. He’ll be working with Andrew, a Haitian international. So they know he’s going to be playing with quality and will have the ability to play in different systems and structures and that is very much in line with the development model in Mexico.”

That news alone is important, but there’s also a big-picture layer to the signing that could have a significant long-term impact on the club: Valour has also established a working partnership with Chivas Guadalajara, with the Reyes loan the first step. The two clubs hope this can not only lead to future loan agreements of players, but also provide opportunities for staff exchanges down the road.

“It’s just a great relationship we’re building that’s only going to benefit our clubs now and in the future. It’s super-exciting for us,” said Gale.

“Mexico is the standout nation in Concacaf. Our long-term view is to not only be competitive in the CPL, but in Concacaf. Forge FC did a good job on that this year, but we were looking on forming partnerships where we could exchange ideas and players with the best in Concacaf. “We’ve opened up dialogue with a number of organizations who were very interested in our league and project and our ability to play players and get them first-team minutes. These clubs are football factories and the talent they pump out is immense.

“So for us to be able to tap into a partnership where there are so many players who will go on to make good careers in Mexico or high-level football but who need – like our young Canadians – they need places to develop and play. It’s a good way for us to bring in high-level developing talent, which will help our team get stronger in the short term, but the long-term benefits of what we’re trying to achieve will help us.”

Chivas Guadalajara provided this look at Reyes, now on loan to Valour FC:

“Rodrigo Reyes Orozco is a right-footed central defender who has a great aerial game, both defensively as well as offensively. After developing his skills in the long pass, Reyes has become an outlet option for the Chivas U-20 team, a fact that was evident the previous season. He is an energetic defender, who is not shy taking the leadership role in constant banter with his teammates on the field and also is very aggressive when it comes to pressing and stealing balls in the first line.
Rodrigo started at Chivas Gigantera when he was six years old and by the age of 12 was moved up to the club’s Youth Academy. Since then he has successfully made his way up the ranks from Seventh Division to the U-20 squad, including a sitting in as a sub on bench for a First Team match in the 2019-20 Copa MX. Reyes has also been Champion in both the U-13 and U-20 league divisions and, at international level, was part of the Red and White team that won the Ibercup in Portugal back in 2014.
During his time in the academy, he has played in competitions in Spain, Portugal, Ireland, Denmark, Czech Republic, Brazil and the United States. With the National Team, his first call-up was with the ‘Tri’ U-16’s and from there he has continued to be part of the process with the U-18 team, with which he has participated in tournaments in France, Japan, Italy and Austria.”