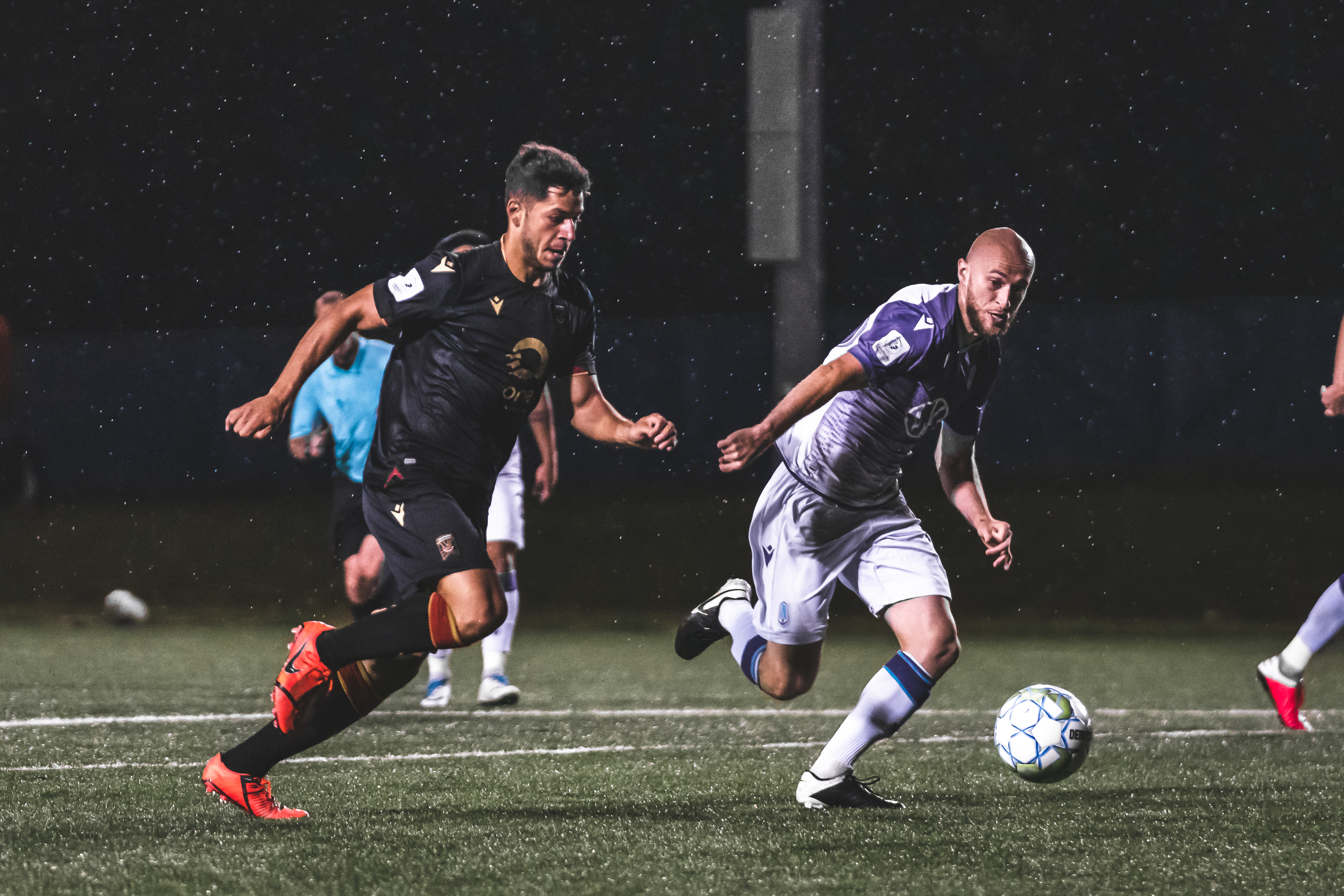 Austin Ricci is watching 2020 slowly disappear in the rear-view mirror, just like the rest of us.

And as this tumultuous year for everyone across the planet mercifully fades, he also can’t help but think about how so much of his experience with Valour FC was measured in teeny-tiny sample sizes.

Valour announced Friday that the 24-year-old forward has been re-signed for 2021, and part of that decision is based on the mutual desire to continue the association after a first season that was so limited on so many levels.

“Back in March when I was in Winnipeg originally – pre-Covid times – as well as the previous season and playing against Valour when I was at York9 I got a sniff of what things are like in a regular year and what the stadium is like,” said Ricci in an interview with valourfootball.club. “I never really got to experience that this year. But that sniff I got makes me want to come back and experience the full effect.

“We have such a beautiful stadium and strong fan base, I really want to get to experience that in Winnipeg. Unfortunately the circumstances were what they were and we didn’t get to do that this year, but hopefully going forward things will be different.”

The 24-year-old Richmond Hill, Ont. product appeared in six matches for Valour FC at this summer’s Island Games, totalling 365 minutes while drawing two penalties. And while he didn’t find the back of the net, he was creating and was a bull for opposition defenders to mark.

It’s his physical stature, plus his booming shot, that has Valour FC GM and head coach Rob Gale intrigued.

“Everybody can see the power athlete in Austin,” said Gale. “In every measurable we did – the lifting, the speed – he was right up there in the Top 3 of everything. We know he’s a great athlete and at the college and the amateur level he scored a lot of goals. 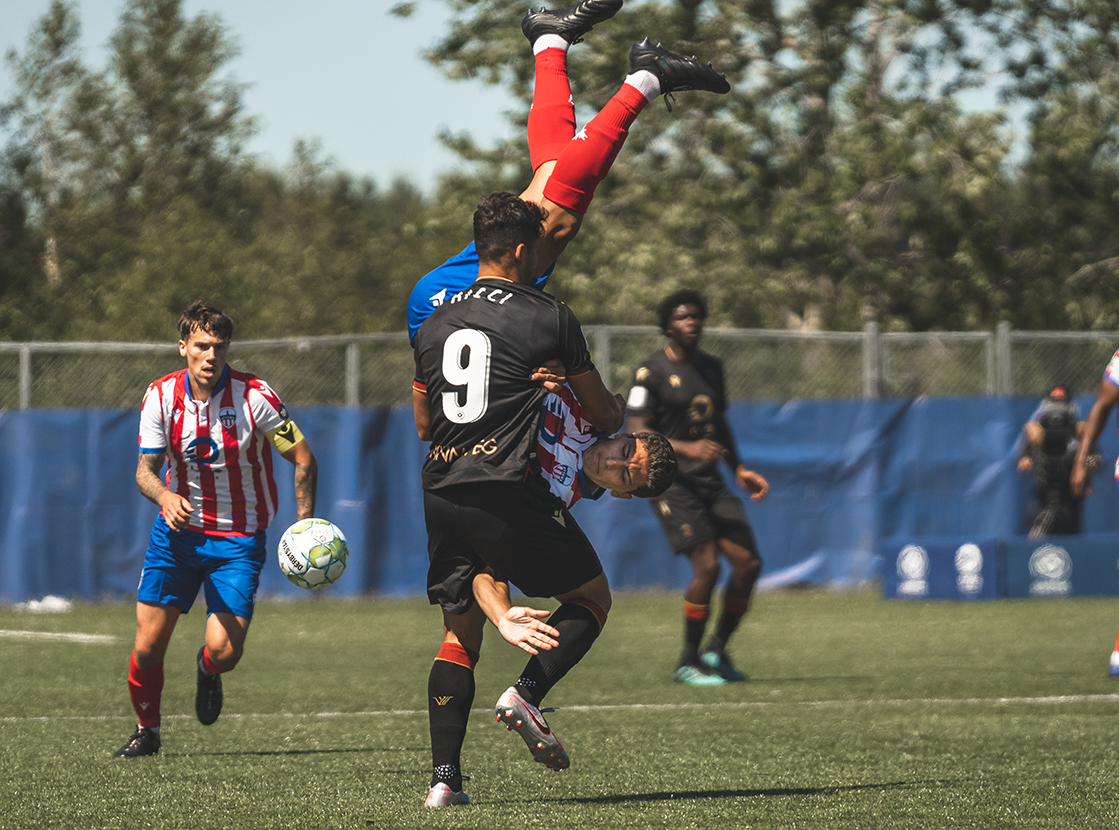 “When you work with him close up, he’s got such ferocious power in his shot. Absolutely ferocious. So, there’s really tons to work with here. Plus, he’s willing to learn and I think he feels like we’re invested in him.”

Much of that is based simply on opportunity. Ricci played more minutes in the condensed Island Games schedule with Valour than he did in all of 2019 with York9 (199 minutes in nine appearances).
“So much of this sport is confidence, it’s crazy,” said Ricci. “Sometimes when you go through a situation where you don’t get the minutes you want or you don’t perform the way you want or you don’t score you lose that. It’s important to have a short memory and keep that confidence as high as possible so that you’re not even thinking about it when the time comes, you’re just playing.

“That’s why it was important for me to get on the field and get that self-confidence back and that belief in myself back. Now that’s not the issue any more. The issue now is to perform and help the team the best I can by scoring goals to help win games.”

Like so many of his Valour teammates who have previously agreed to return in ’21, Ricci likes the club’s foundation. It’s not just the camaraderie in the locker room, but the style of play Gale & Co. are pushing.

That was evident in spurts in PEI, but with Valour FC having made over its roster in the offseason, the tournament format left them little room for error.

“We were training from basically mid-March to July with no end goal, no specifics,” said Ricci. “We were just training with the hopes we would have a tournament. All of a sudden at the last minute the news was released of where we were going and the whole set up.

“In a regular year you’d have a few preseason games to get out the rust, get used to each other, put players in certain positions and work on formations for the team… but in our situation those feel-out games were actually games that counted. We didn’t have until the third game to get that stuff out of our system, by then we were already halfway through the tournament.

“But you could see as the tournament went on we definitely started to click and work together while we were getting to know each other’s personalities, tendencies.” 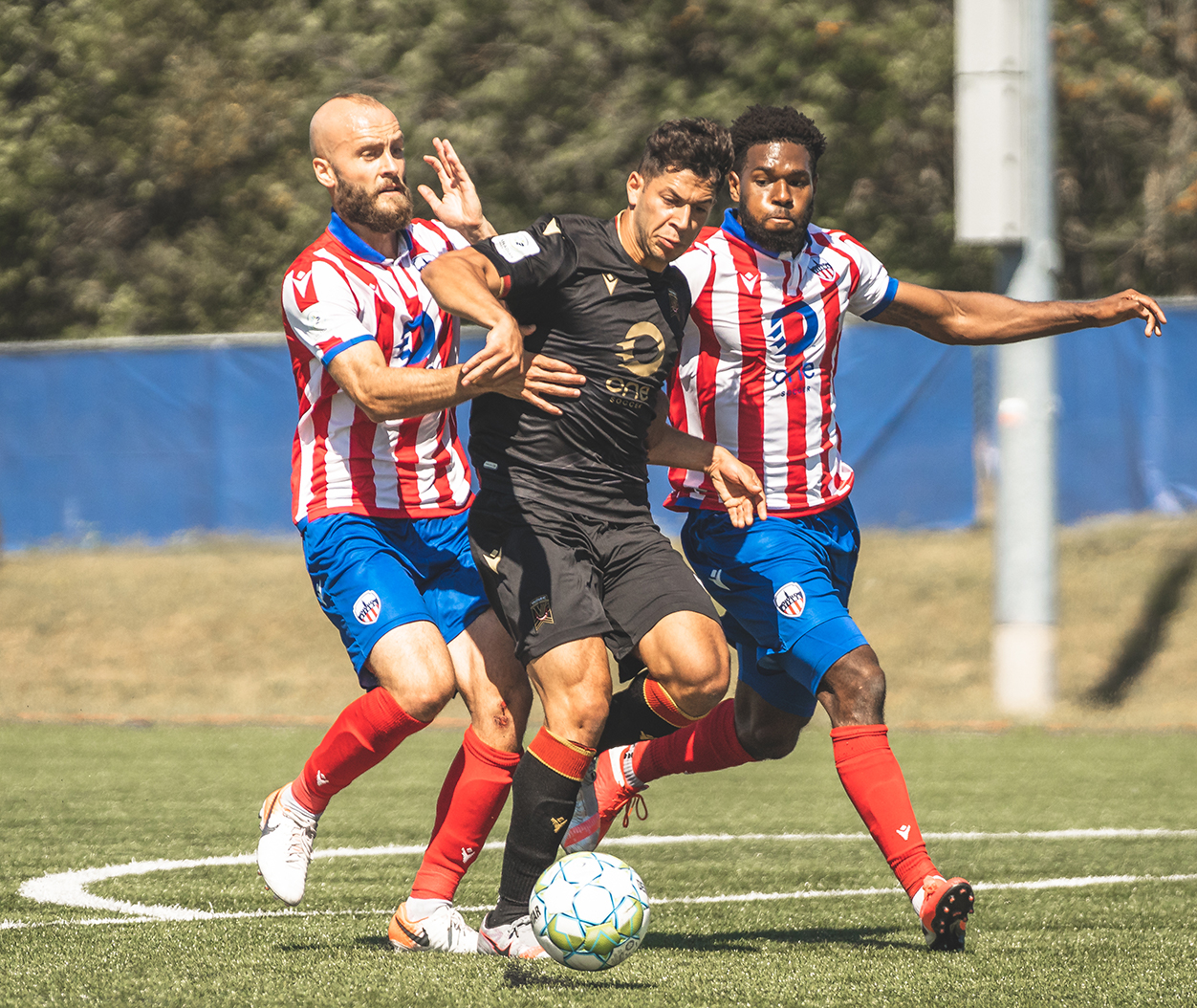 Ricci does have a history of scoring – having potted 22 goals during his days with the Oakland Golden Grizzlies at the NCAA level, and 17 in 28 matches with the Michigan Bucks of the PDL.

“I think I showed what I’m capable of, that I’m able to play at a high level,” said Ricci of his first year with Valour. “The coaches did a good job of bringing the guys we had together and we did well. But it’s a building block. We want to be able to take that into next year and be able to show more.

“Personally, I want to be able to show more and seven games was such a small sample size. It’s tough to show exactly what you’re capable of and that why I’m looking forward to next year: to show people exactly what I can bring to the table and have some success.”

“It’s a case now for him understanding he’s got a home here and we’ve got the trust in him,” added Gale. “Now it’s refining some of his work around the goal. He got in great positions in the tournament, was robbed a couple of times and won a couple of penalties for us just with his physical play.