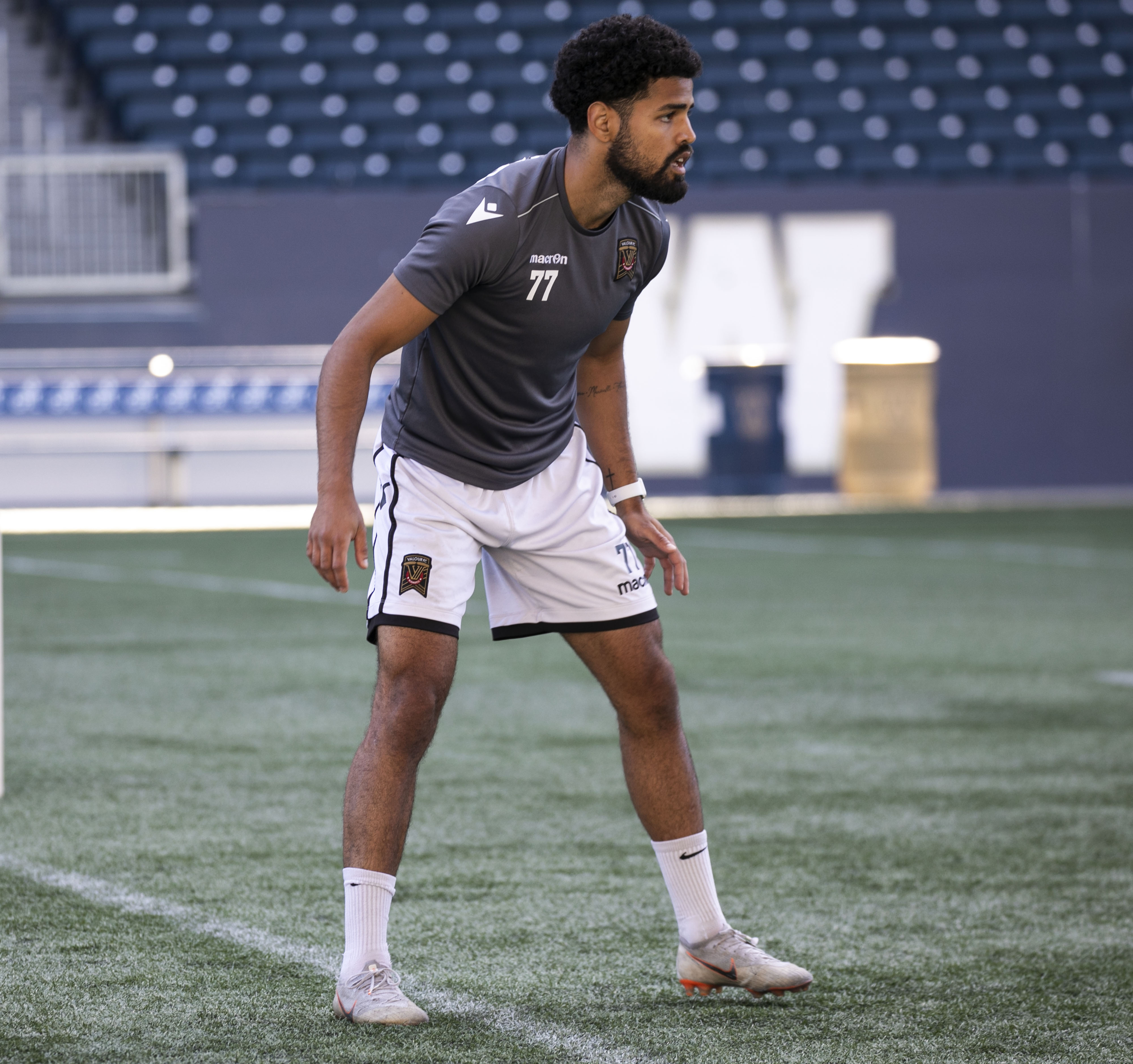 “It was a big blessing and just an amazing feeling” | Federico Peña starts for Trinidad & Tobago
February 1, 2021

Federico Pena was thousands of kilometers away — vegging at the Orlando hotel for Trinidad and Tobago’s national men’s team – but the excitement in his voice was crystal clear.

The Valour FC defender made his international debut Sunday night with the Soca Warriors in Florida in a 7-nil loss to the United States men’s national team at Exploria Stadium.

And while the result clearly wasn’t what anyone in Trinidadian colours was seeking, the experience was everything Pena could have imagined.

“It was a big blessing and just an amazing feeling,” said Pena Monday in a conversation with valourfootball.club. “Obviously the result didn’t go as we had hoped – not even close to what we had hoped – but there’s so much that can be taken from this experience in a positive way.

“You can either look at the negative and say, ‘Yes, we lost 7-nil to a great team.’ But you can also look at it as a big learning experience. I always say I’m learning every day and that was a big lesson on a big stage vs. the U.S. That was an invaluable experience and I’m just grateful for the opportunity.

“Kobe Bryant was a guy I always looked up to and he said, ‘you either win or you learn.’ That’s something all athletes should live by.”

Pena started at right back and played 58 minutes before being substituted as Trinidad and Tobago was playing its first match in nearly a year while the Americans dressed primarily a B squad.

It was Pena’s first action since suiting up for Valour in a 2-2 draw with Forge FC last September 5th in the club’s final match of the Island Games tournament.

“I’m definitely a little bit sore,” said Pena. “It was a tough, tough game against a top-class opponent. But it’s interesting… a lot of people may look at it and say, ‘I made it.’ But I’m so motivated right now I’m just thinking about getting back to training and getting back on the pitch. I’m so fired up.

“After competing at that level I know what I need to do and it’s just getting the little details down right… two steps here, two steps there, that’s the difference between good players and really good players. It takes dedication and a lot of hard work to get those details right. I’m just even more motivated to get to work, keep working at my craft and hopefully I can get to that next level. Right now I’m not at that level, but I know what I need to do.”

Interestingly, Pena missed – sort of — the big announcement that he would start against the U.S.

“They announced the starting lineup after a team lunch (on Sunday),” he began with a chuckle, “I had my headphones on and was one of the first players announced because I had #3 and I was the second player called after the goalie.

“I didn’t hear my name so I was asking, ‘am I starting?’ Then I saw the sheet afterward. It was a great feeling to be able to know you’re starting against such a tough opponent. Then when the game came I just tried to stay level-headed and do my best.”

Pena will remain in Orlando for the next couple of days for training with the national team before returning on Wednesday. Trinidad’s next match is against Guyana at home on March 25th in the First Round of Concacaf World Cup qualifiers.

“If I get called back that would be awesome,” said Pena. “But right now I’m just trying to soak up this experience. After the game (Sunday night) I was thinking, ‘Regardless of the score, I just represented my country.’ There’s no better feeling or no bigger honour than to represent your country and, again, I’m just so thankful.”