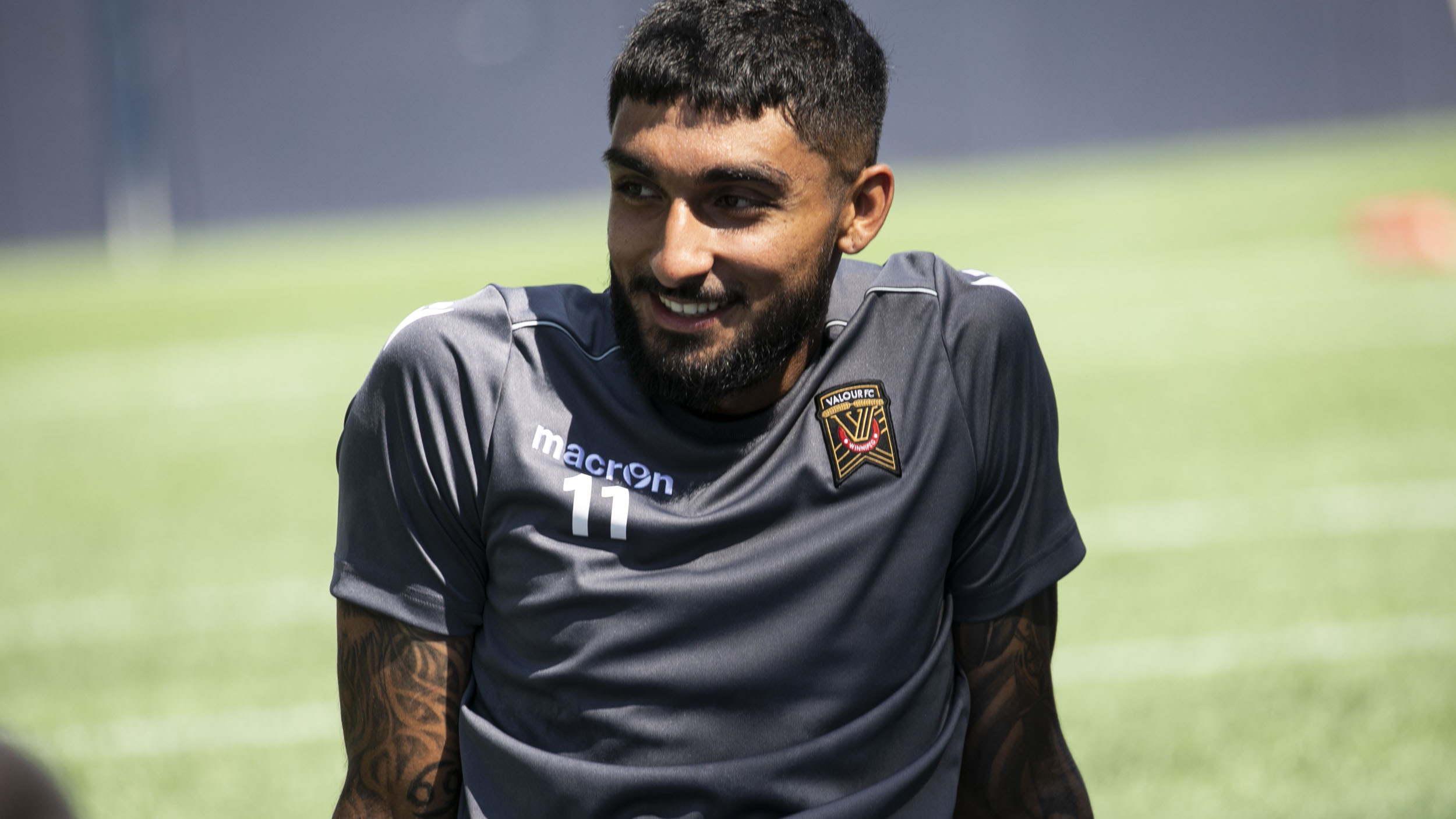 “I’ve got to be right place, right time and finish the chances I can. I can’t wait.” | Hundal seeking bigger opportunity with the club
July 17, 2020

Shaan Hundal has proven to be a very patient man. In fact, if it’s true that patience is a virtue, then Valour FC’s young forward should earn a gold star for his composure and understanding.

Valour FC announced the signing of Hundal on Friday, making official the addition of another young goal scorer they hope will bolster the attack. But just like Austin Ricci, whose story we told last week (https://valourfc.canpl.ca/article/6302) the Brampton, Ont. product has essentially been a part of the squad as a triallist since last March when training camp first opened, pre-COVID-19.

“It’s been a while,” began Hundal with a chuckle in a chat with valourfootball.club. “I’ve been waiting for this to be made official for a long time, to be honest with you.

“We had been talking since March, but because COVID hit we didn’t know if there was going to be a year. Now that it looks like there might be a season we started talking again and worked to make something happen on both ends.

A product of the Toronto FC Academy, having joined that program as a 13-year-old, Hundal signed his first pro contract with Toronto FC II – TFC’s reserve team – in 2016. He appeared in 84 matches from 2016-19 with the organization, scoring 17 times before being loaned to the Ottawa Fury for part of last season. 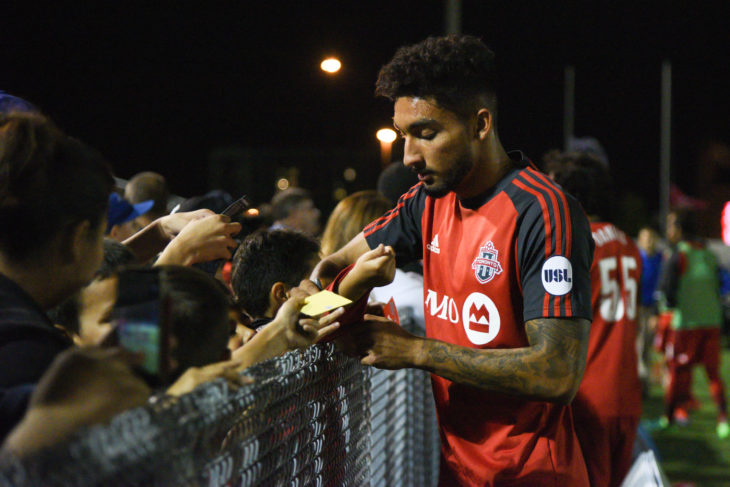 Over the winter he was in discussions about a return to TFC II, but also began to look at the Canadian Premier League and Valour FC for a couple of reasons. First, he has a history with Valour boss Rob Gale, having played for him with the Canadian U20 team.

And, secondly, he simply needs some valuable minutes to grow his game.

“If I had an option to stay home or come play for Rob, I definitely would choose playing for Rob because we have a history and he helped me a lot through my younger years,” he said. “The places I’ve been, the experiences I’ve had with him in the past are part of the reason I’m at where I am today.

“This league is giving an opportunity for a lot of guys who have something to prove, guys like me, and players who have come from other MLS academies but maybe didn’t get the chance to show for the first team for whatever reasons.

“The CPL gives those players a chance to show themselves in a quality first division league.”

Again, though, this is about both patience and about opportunity. Hundal just turned 21 this week, but needs minutes to showcase his skills. And those minutes at the MLS level were certainly going to be limited with the stars ahead of him in the system at the forward position.

“You have Jozy (Altidore) there, you had (Sebastian) Giovinco there, there is (Tosaint) Ricketts there… there are a bunch of players already so established,” said Hundal. “Then there are young players in the system and, basically, your competition in the club are those guys that played in the EPL and Serie A.

“From one standpoint it helps you because you are watching and learning from some of the best players in the MLS. But at the same time it’s also hard to stay motivated and keep that goal in your head when you’re working to get that position.

“There’s a slim opportunity where you might get five minutes here, three minutes there and in those limited minutes you’ve got to put some numbers up. But just because it doesn’t work in one place, it doesn’t mean it’s not going work somewhere else. 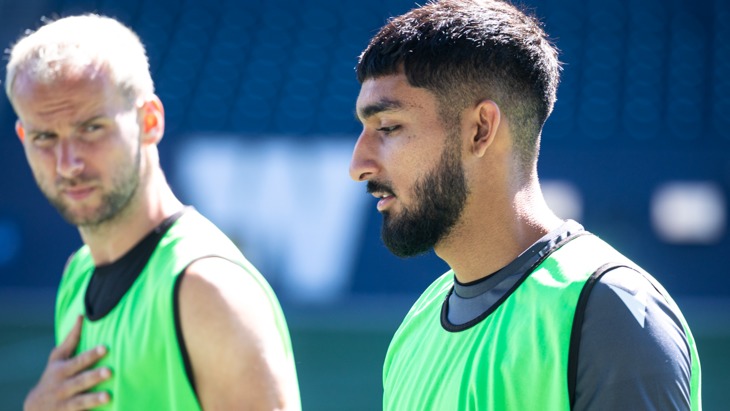 “I know players that didn’t necessarily do well in an MLS Academy, but came back to the CPL or another league and done way better than they expected. Sometimes it’s just a different path to the same goal.”

Hundal is of Punjabi descent as the son of Indian parents who immigrated to Canada when they were younger. He grew up playing the game and was identified early for his skills. And it’s his ability to finish that intrigues Gale.

“He’s a guy that has been on the national radar since he was 15,” said Gale. “And when I had him at the Under-20 level he came to World Cup qualifying at a cycle younger. That shows the talent level he has.

“He’s interesting… if you look at him and you’re around him he doesn’t give much away. He’s got that stoic, poker-face to him. But he’s deceptively quick and he’s very, very technical.

“He plays well with his back to goal, but he’s also got a quick release and fluid finish, too.”

“I’d like to see myself scoring goals. That’s what I’m here for as a striker,” Hundal added. “I’ve got to be right place, right time and finish the chances I can. I can’t wait.”