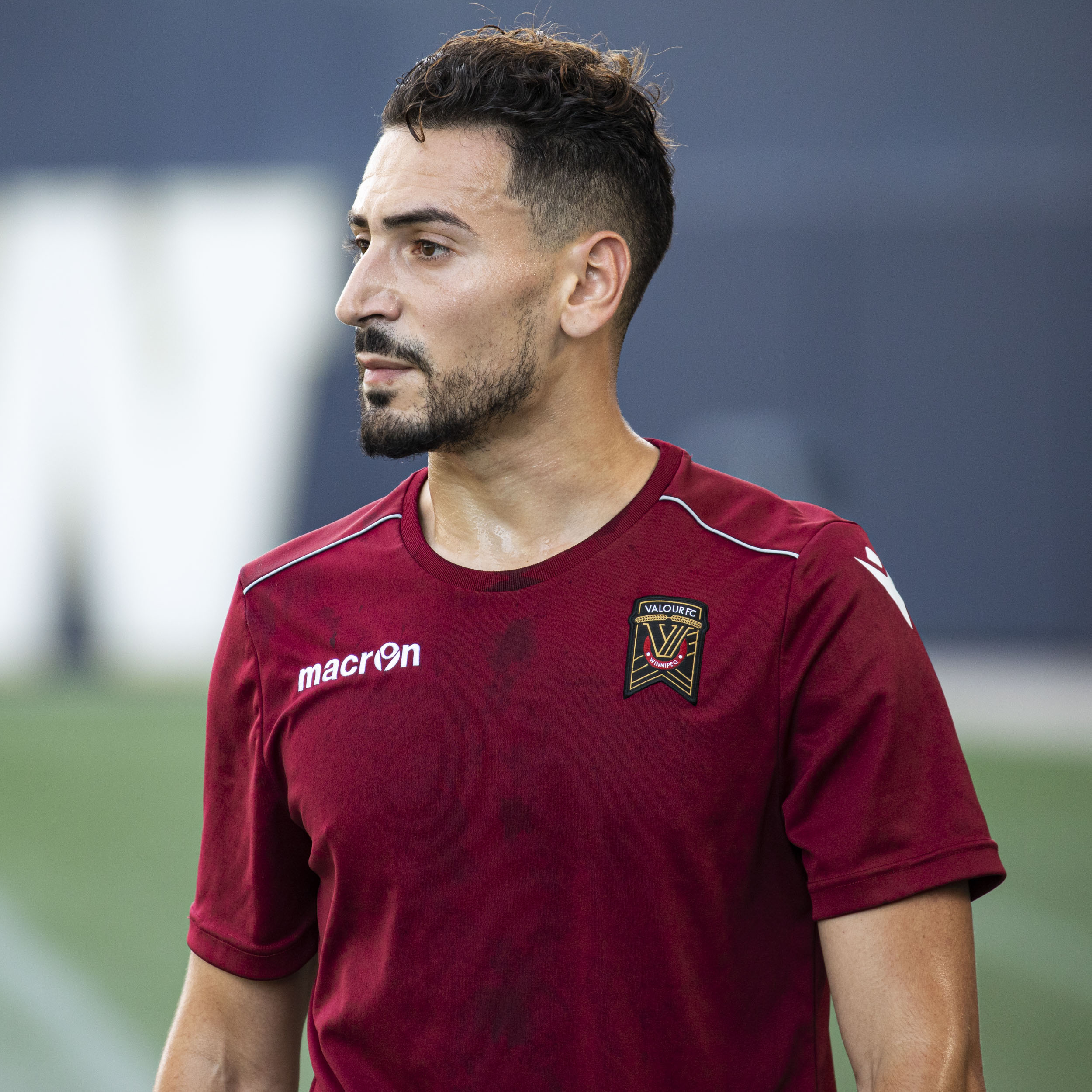 And through it all, the 24 year-old midfielder couldn’t wipe the size-large grin from his face.

“This,” he began, nodding toward the scene all around him, “feels so amazing. It’s amazing to meet everyone in person finally and get to know them on and off the field. Virtual is not the same thing as reality, obviously. I’m just super happy right now.

“It feels like a family is together on the field.”

Officially signed by Valour FC in April, Kacher had remained at his home in Montreal until this week because of the COVID-19 pandemic. He arrived in Winnipeg Monday night, spent Tuesday undergoing a medical, and worked out on Canada Day – a day off for the rest of the squad.

“I have some catching up to do,” he said, still grinning. “I understood the situation for me and the team before now. I knew that I couldn’t do as much as some of them and as soon as they could bring me in, they did.

“You just feel like you want to be on the pitch with them and be getting ready for the season with them. That was on my mind. Again, that is why today means so much to me.”

Kacher has spent the last five years in the USL, most recently with Saint Louis FC and Real Monarchs, before landing here in Winnipeg. Valour FC had inquired about his services last year, but he was under contract in the USL. Still, he had done his homework on the Canadian Premier League and Winnipeg, leaning heavily on friend and former Valour defender Louis Béland-Goyette, now with the HFX Wanderers.

“Talking to (Valour coaches) Rob (Gale), Damian (Rocke) and Patrick (DiStefani)… I had a sense they were very friendly and caring. But they’re also good leaders,” he said. “And the facilities here are amazing, the stadium is so big. I expected one thing in terms of what I was coming to, but this is even better than I imagined. 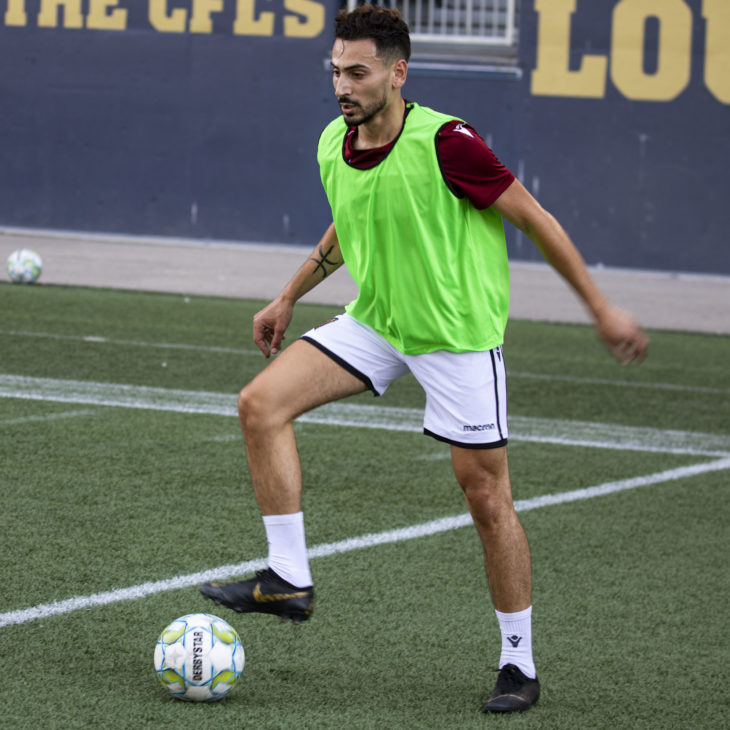 “What has also impressed me, and I could sense this in the Zoom calls, is the camaraderie on this team. Here’s an example of helping each other… first day I am here Stefan Cebara texted me and said, ‘Let’s go for food’ and then introduced me to some of the area. He was the first one. This is what a team is about, helping each other. It’s someone has your back, someone is willing to fight for you. That’s the spirit of team. You can joke and talk about a lot of stuff, but it’s out here on the field where you see the results of that, too.”

The arrivals of Kacher, Cebara and James Pantemis this week means Valour has almost its entire squad here in Winnipeg. The only exception is Panamanian defender Amir Soto, as the club works through the visa process with him.

Rocke, the club’s assistant GM, indicated that the coaching staff has noticed an instant chemistry with this rebuilt squad.

“The one thing we’ve already observed as a staff is we’ve brought a lot of new players together, but because of the maturity of the group overall and the level of experience and professionalism of the older players, it has been quite seamless in a way,” he said. 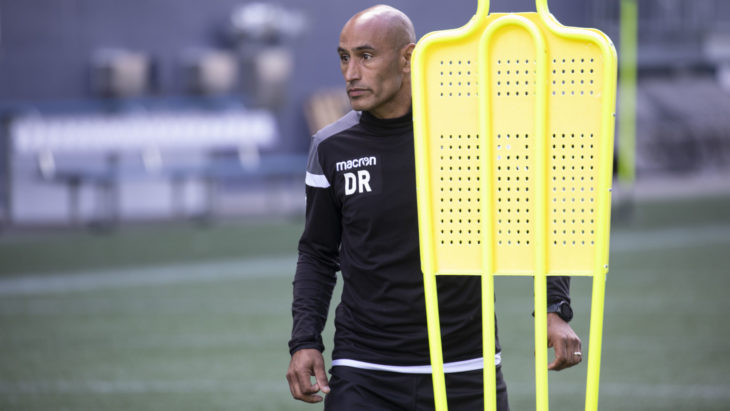 “Plus, also having had that buffer of working remotely with each other, when they come together now there already seems to be a familiarity. It’s been nice to get them together and training together, although we’re limited in what we can do.

“It’s still so good just to get everybody here.”

All this talk of camaraderie and chemistry is one thing – especially in comparison to the squad that apparently struggled to some degree last year in this department – but the evidence will be proven on the pitch, if and when the CPL gets going in 2020.

That’s the short-term take. Rocke also believes there’s a long-term gain to that, too.

“The results are going to be the results,” he said. “We’re happy with the group of people we’ve assembled. We’ve talked at length about building a culture, a philosophy and a business where we’re bringing in good people. That’s already shown here.

“Of course, whatever form the league takes this year it’s going to be abbreviated, but that aside we’re very happy with the group of people and that’s something we can build on here.”