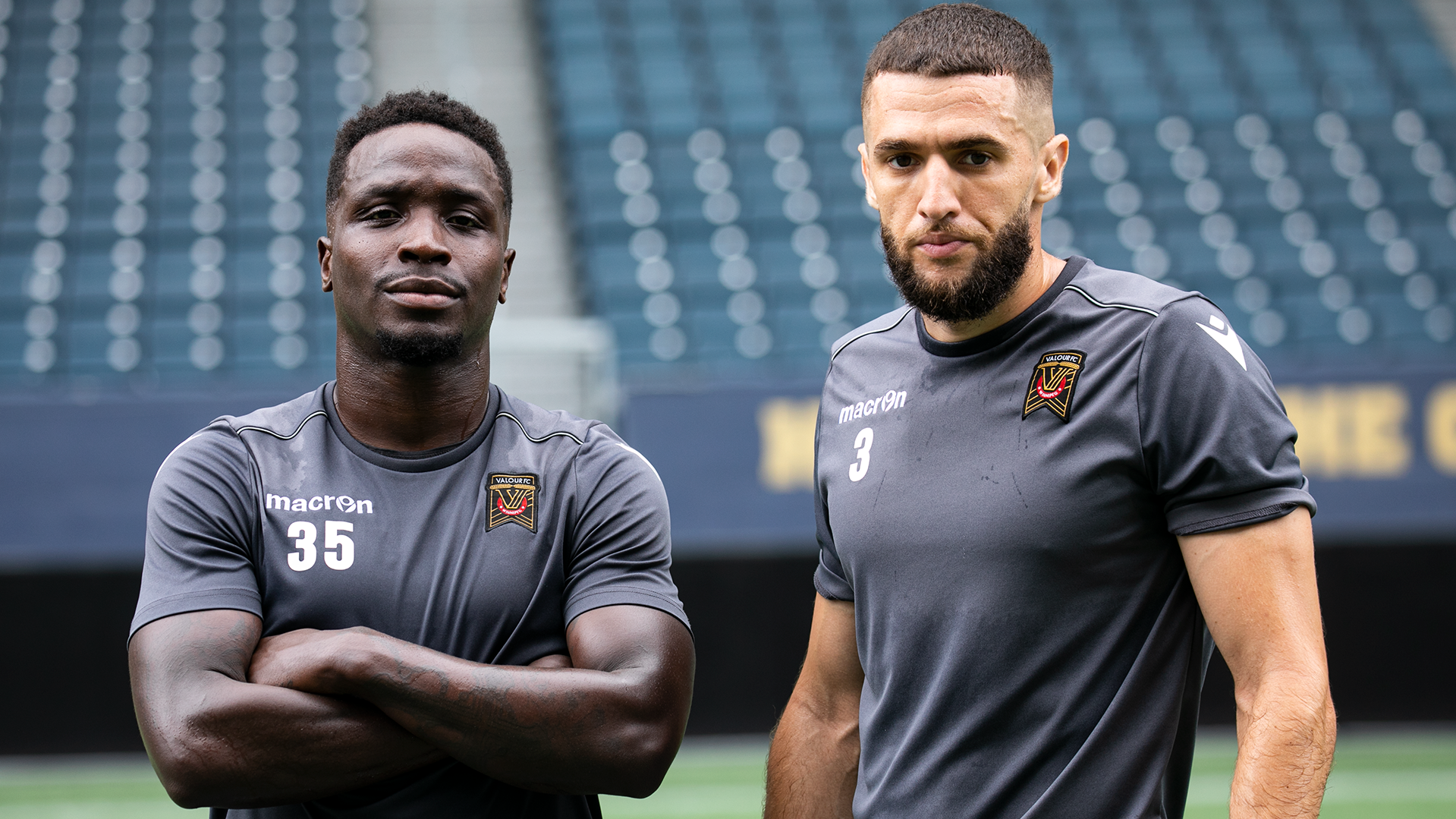 It was a damning number for all involved in Valour FC’s inaugural season in the Canadian Premier League. And it’s also one they vowed to fix.

No team fetched the ball out of the back of their own net as often as Valour did in 2019, as the squad gave up a league-high 52 goals in 28 regular season games.

So, as we begin the last of our Valour FC positional previews for the upcoming ‘Island Games’ in Prince Edward Island, it could be said no one position group has undergone more of a facelift than the back line.

And this isn’t some tiny nip here and a tuck there.

Gone from last season are Jordan Murrell and Skylar Thomas – who also served as the two co-captains – along with Adam Mitter and Martin Arguinarena, who suited up for 21 and 20 matches. 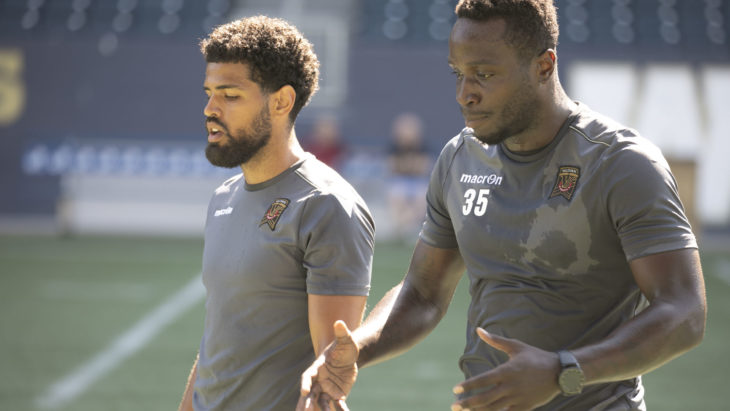 “We want to play a possession game and expansive game of soccer and entertain, first and foremost,” said Valour FC GM and head coach Rob Gale. “But we made too many mistakes in the back end last year that teams didn’t earn results against us. We gave them results.

“We knew we had to address that, to make sure that if we were difficult to beat at one end we could still play the type of football we want to at the other end of the park.”

Bouka Moutou is one of the CPL’s most intriguing additions. The 31-year-old Congolese international has extensive experience in France’s Ligue 1 and Ligue 2 with Dijon and Angers.

Jean-Baptiste, meanwhile, was a first-round draft pick of the Portland Timbers who brings MLS minutes as well as spending the last three seasons in Sweden, most recently with Umea FC.

They should provide a steadying presence on the back line and, along with the 29-year-old Cebara, should help influence the younger talent surrounding them.

Most importantly, they will need to help defending the set pieces – a problem area from last season – and cut down on the goals against.

“We feel like we’ve got more depth and more security in our back line now,” said Gale. “That was a priority.”

“Just a fabulous player. He’s someone who has just always operated at a higher level and if you didn’t know his age you wouldn’t guess it. He’s fresh, he’s energetic, he’s fit, he’s got a wonderful left foot and a capacity to attack as a fullback and a winger.

“He’s just an all-round terrific player. Day in, day out we come off the field and say, ‘Who was your best player?’ and Arnold is always in that conversation.”

“He’s ‘The Beast.’ Absolutely terrific. A fantastic pick up for us and I can’t talk highly enough about Andrew. He’s a great defender who manages the game so well. He reads the game well and has a different level of distribution than what I’ve seen for a centre back in our league from the first year. He’s a big upgrade for the league and for us. He’s every bit an international class central defender and another leader in the back.”

“A lovely addition for us. Experienced, a real consumer of the game. He’s probably his own harshest critic because of the high standard he sets for himself. Deceptively quick, with great speed in 1v1 situations in attack and defence. He’s versatile, too. You could probably put him in any position on the field because he’s that clean a footballer and has got a clever way about his play. He’s got a lot of tools.” 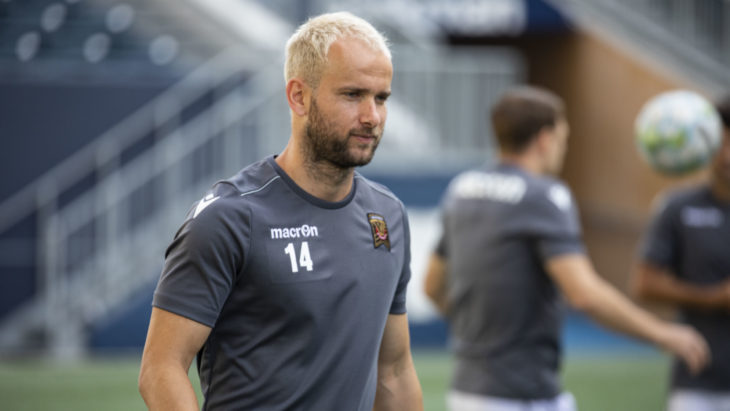 “It’s been a bit unfortunate for Raph. He’s probably missed more time than anybody with injuries so he’s just recently come back into the training fold. We’ll have to manage Raph, but the people who saw him last year know he’s a young, energetic fullback who gets forward well, good technical capacity and he can play right or left back. As one of our Under-21s, he’s got a lot of potential.”

“Big, strong, very good in both boxes in the air. He has an aerial presence, which sometimes we didn’t have last year. You can watch out for him on set pieces because he can cause some problems for opponents. He’s also comfortable dribbling and attracting an opponent and is able to hit a long-range pass consistently, as well. He’s a warrior. You look at him and he’s battle hardened as one of the older lads in the group. He’s very vocal on the field and very demanding of the group.”

“Another one of your returning Under 21s, he’s a disciplined defender who is learning his craft which is great that he’s got a Chakib Hocine and Andrew Jean-Baptiste beside him. He’s strong in the air. He’s young for a central defender, but he’s a very mature and disciplined player.” 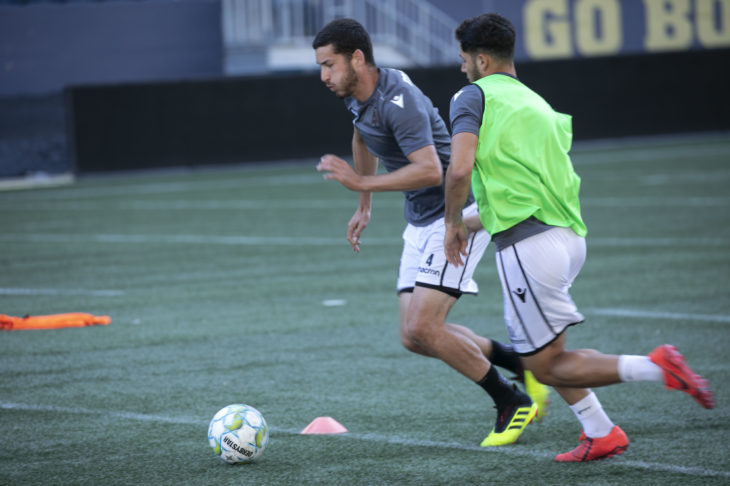 “An absolute bundle of energy, he’s going to run all day. He’d tackle his granny. He goes through every physical battle like he wants to win the ball every time. He just needs to slow the game down a little bit and control his tempo and the tempo of the game. He’s a great squad player for you because he can play anywhere down the right wing or right back. He’s not a player you like playing against because you know you’re not going to get a minute’s rest against him.”

“He’s a great young defender who has similar physical qualities to an Andrew Jean-Baptiste… a little bit rangier, maybe. He reads the game very, very well. There’s a reason he’s on a first-team contract with Toronto FC at such a young age. He’s been a leader for our national youth teams before. He’s a great addition and a likely replacement for Amir. He’s probably not as physically intimidating as Amir would have been, but he’s got similar football qualities. He’s got an old head on young shoulders who gives us great options on that back line going into a tournament when we know we’re going to need a full squad.”