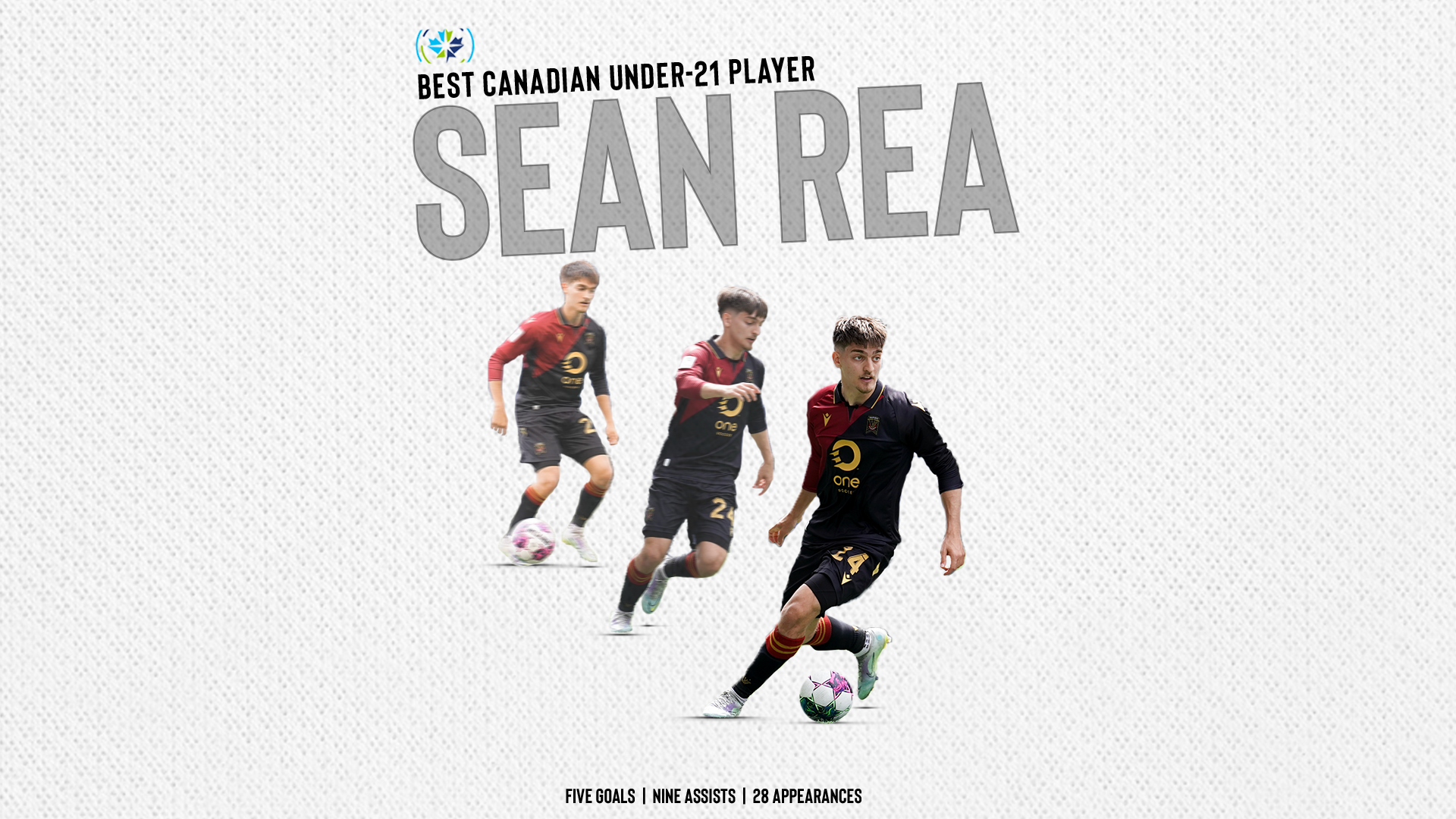 The Canadian Premier League announced on Friday that Valour FC’s Sean Rea has been named Best Canadian Under-21 Player.

Rea, 20, finished the regular season with five goals and a league-leading nine assists for Valour. He won the CPL’s Player of the Month nod for August, after picking up two goals and two assists and twice earning Gatorade Performance of the Match honours for Valour. He was named to the CPL’s Gatorade Team of the Week six times in 2022.

“I would like to congratulate all of the winners at tonight’s award ceremony,” said CPL Commissioner Mark Noonan. “Maintaining a high level of performance consistently over 28 games is no small feat, so it is important to recognize top performers for such achievements. The talented group of players and coaches who finished as nominees and finalists for these awards is more proof of the high calibre of play within our league.”

The winners of each award were honoured with a unique piece of soapstone art carved by artists from Kinngait (Cape Dorset) and Mittimatalik (Pond Inlet), Nunavut. Learn more about each individual carving here.