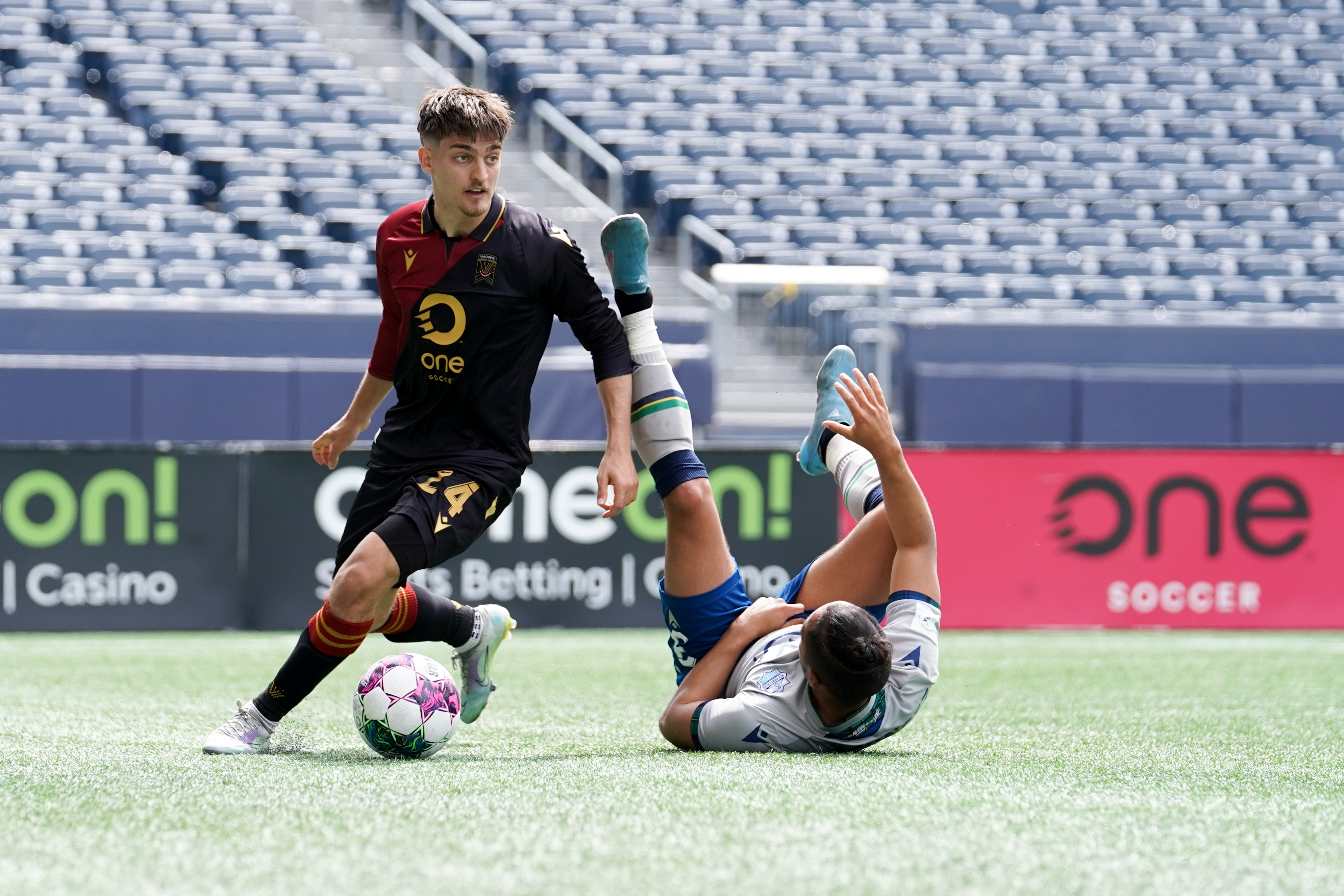 Sean Rea’s blinding flashes of brilliance – sometimes a series of them – came in just about every Valour FC match in 2022.

There were deft passes to teammates that led to a Canadian Premier League record for assists with nine. There were the five goals he scored, including a dramatic game-winner on his 20th birthday in a win over York United that GM and head coach Phillip Dos Santos called ‘an act of genius.’

And, perhaps most of all, there was an obvious growth in the gifted midfielder’s game that left the distinct impression the CF Montreal loanee won’t be in the CPL for long.

All that success was represented at the end of the season with Rea honoured as the CPL’s Best Canadian U-21 Player, marking the second straight season a Valour player had recognized as a winner of a major league award after Jonathan Sirois was the recipient of the Golden Glove Award as the league’s top goalkeeper in 2021.

“Going into this year I wanted to be an important piece of the team and I wanted to be a difference maker,” Rea told valourfootball.club the day he was honoured. “I wanted to score, I wanted to get assists, I wanted to help the team succeed. I think compared to last year, I did much better in that. I’m happy to see a progression.

“Last season… I need that period to adapt. It was my first professional season and I got to see how it works to be in that kind of environment. As I came back this season, they said I could go to Edmonton, but I told them I wanted to go back to Valour and try and help make a difference. I wanted to try and make an impact with the team I started with and hopefully make it to the playoffs. Again, we didn’t do that, but it’s great to top it off with this award.”

Rea led Valour in minutes and along with the CPL record for assists and his handful of goals he created 71 chances this season – 28 more than any other player in the league – while leading the CPL in successful crosses, penalty-area entries and set-piece chances created.

His vastly improved play in 2022 also likely means Valour FC fans have seen the last of Rea in the club’s maroon, gold and black kit. He officially had the option of his contract exercised by Montreal on November 15th and should get a long look by his hometown club in 2023.

“My primary goal at the start of the season was to make history with Valour and get our first appearance in the playoffs,” said Rea on awards night. “I guess this is a silver lining – it’s a good way to end the season and my time at Valour.

“So, this is bittersweet. I had a great time in Winnipeg. The team, the staff, the coach, the fans… I have nothing but great things to say about the city and the organization.”