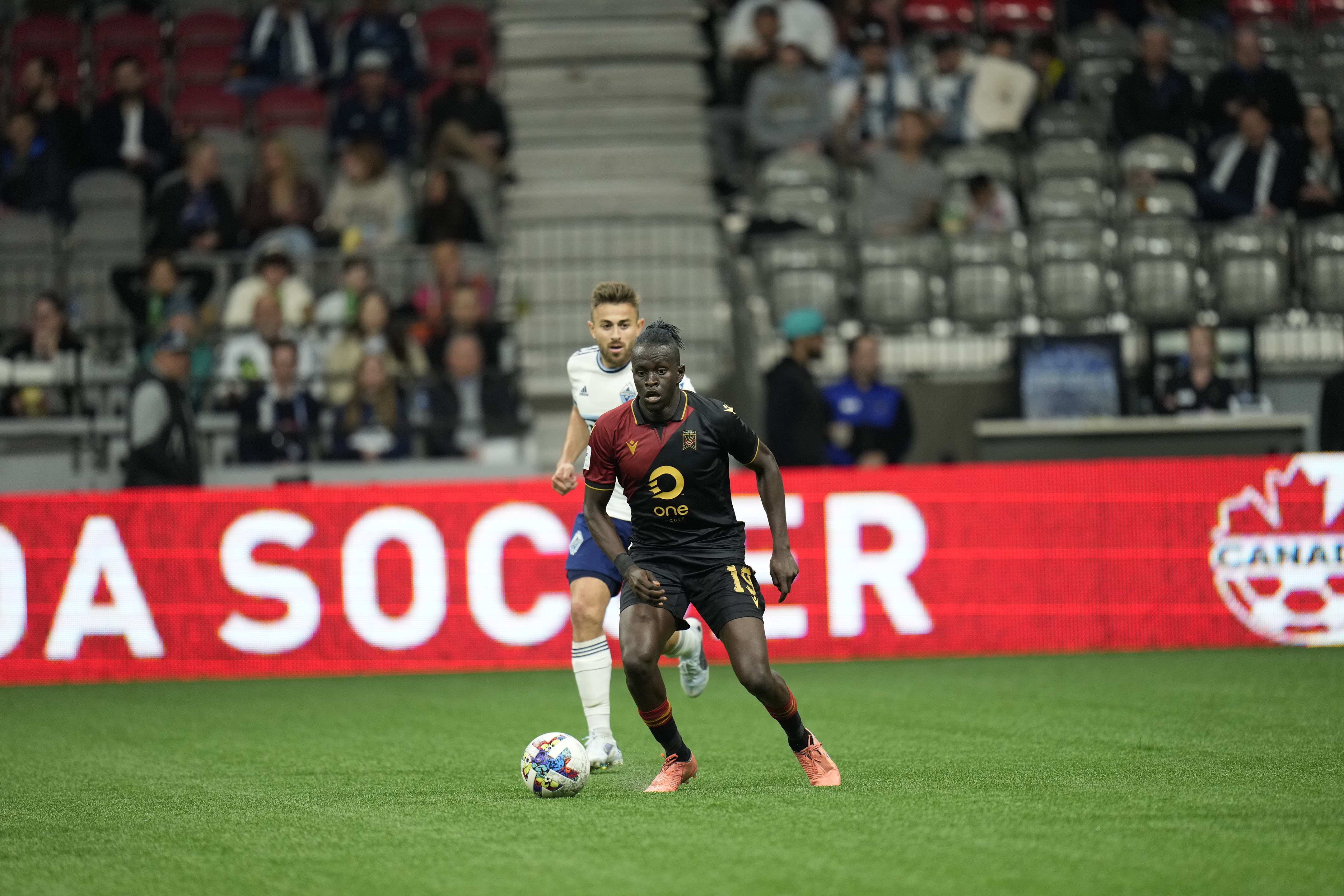 David didn’t slay Goliath. Oh, he loaded up his slingshot and took some cracks at the giant, but the big man did not go down.

Valour FC fell 2-0 to the Vancouver Whitecaps in the opening round of the Canadian Championship Wednesday night at B.C. Place, ending their quest for the Voyageurs Cup.

The match marked Valour’s first-ever meeting against an MLS side and while the scoreline tells the tale, Winnipeg’s Canadian Premier League side had its moments, but was ultimately undone by a spell of about four minutes in the first half in which the Whitecaps broke down the defence and made the visitors pay dearly for their lapses.

“I’m proud of the guys because I feel they gave a lot; they left a lot on the field,” said Valour GM and head coach Phillip Dos Santos in a post-match media conference. “I said that to them in the locker room. I’m proud of them. There’s a lot for us to grab and work from and grow from and we can’t get out of here with our head down, we have to get out of here knowing that we have a game on Sunday, and we have to go for it.”

Valour does have a short turnaround, with a return to CPL regular-season action on Sunday at IG Field against York United FC.

The visitors opened the match on the front foot for the first 15 minutes, before the Whitecaps began to exploit the right side of Valour’s defence.

Vancouver opened the scoring in the 18th minute as Rayane Yesli – making his Valour debut in net – made an excellent stop on Ryan Raposo, only to have Russell Teibert follow through on the rebound.

And three minutes and 23 seconds later the Whitecaps were up 2-nil, as Dieber Caicedo snuck behind Valour’s defence before feeding a pass across to Raposo, who had a wide-open net with which to finish.

“We made some changes coming into the second half and the second half was a lot better,” said Brett Levis, the former Whitecaps fullback. “For a lot of these (Valour) players, this was a big stage, this was one of their biggest games. We have a lot of young players on their first professional contracts coming from university and now they get to see guys that are $10 million transfer fees.

“There was a bit of nerves in the beginning, but I thought we settled in a lot more in the second half, but it’s obviously not the result we wanted.”

Valour wasn’t without its moments, with Sean Rea testing Whitecaps keeper Cody Cropper in the 26th minute and then both Diego Gutierrez and Matthew Catavolo having opportunities on free kicks in the second half.

“I have to understand that as a coach. They gave it all. Again, I’m very proud of them. We have a good group. We have a group that’s going to grow a lot and the margin to progress is very big.

“… When I see a team that fights through things and has a mentality to just keep going and not be afraid, that for me just gives me more energy to work with the guys and to better the team.”

-Dos Santos on the play of Yesli:

“Rayane needs games, right? It was his first official game for the club. I felt he did well. I know there’s elements in his game – moments in the game and managing his distribution – where I know he’s better than what he showed today. But goalkeepers need to play and it was good for him to come here and have a game with a very-high level of difficulty.

“He’s someone that was drafted by the club and playing in the premier league of Quebec last year and now he’s here playing a Canadian Championship game in the home of an MLS team. I thought he did well and it was encouraging signs.”

69’ – On Matthew Catavolo; off Brett Levis

72’ – On Tony Mikhael; off Federico Pena