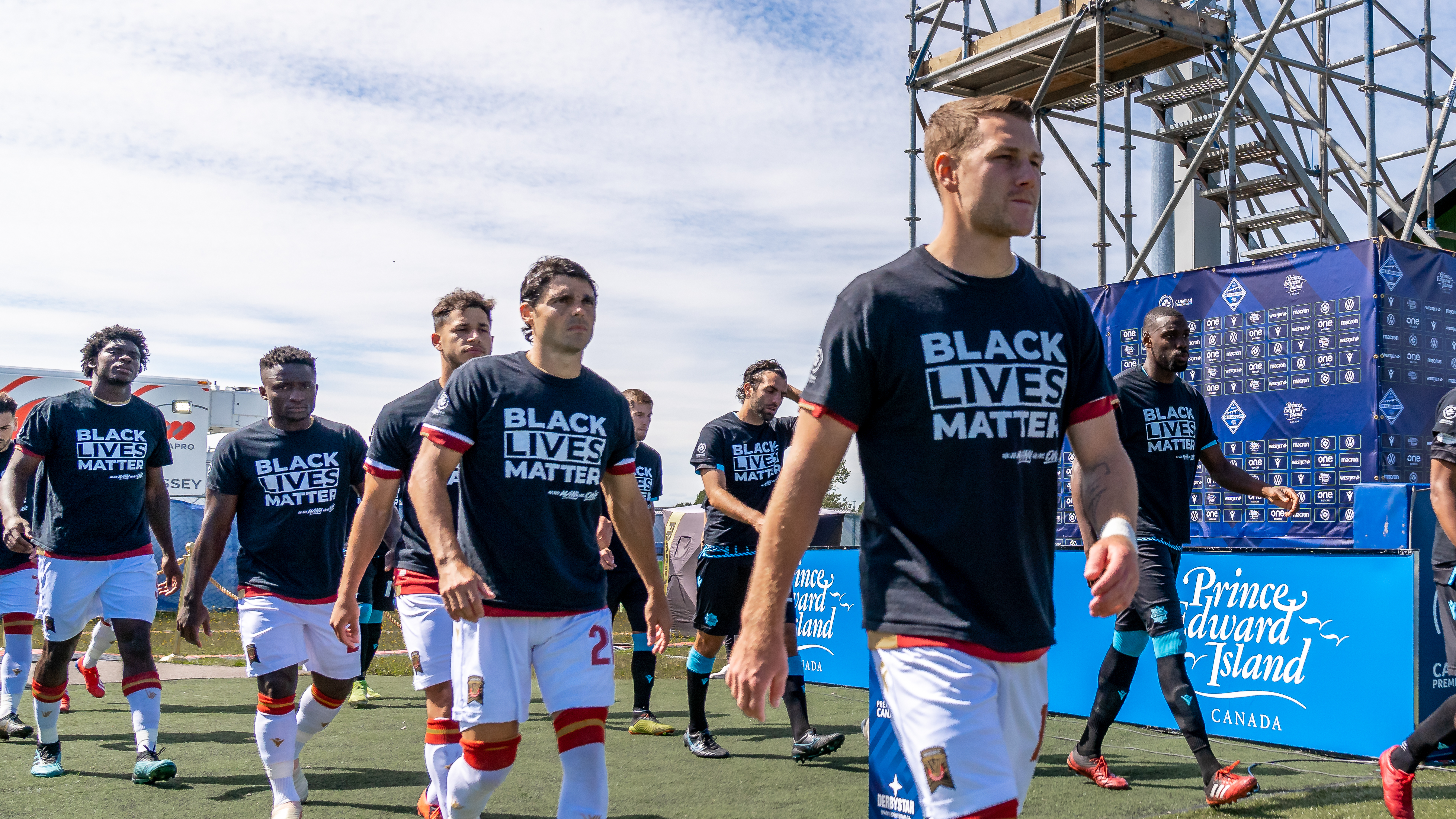 “Unfortunately, not having put Halifax to bed when we should have, we’re on the outside looking in.”
September 4, 2020

Valour FC escaped the bubble at the Canadian Premier League’s Island Games for a few hours on Thursday on a three-hour tour that took them to some of the sites around Charlottetown, PEI.

Included in the excursion was a stop at Argyle Shore, where some of the players and staff dipped their toes in the Northumberland Strait. No word on the healing or mystical powers of the Strait, but Valour could certainly use some magic heading into its seventh – and potentially, final – round-robin game of the First Stage of the Island Games against Forge FC.

“It was a much needed mental break for everybody,” said Valour FC GM and head coach Rob Gale Friday in an interview with valourfootball.club. “They took us on a little bus tour and we were able to get off the bus and get our feet in the water. “We also got a bit of a guided tour of some of the sites, like the Confederation Bridge, and we stayed on the bus obviously, so we weren’t interacting with anyone.

“But we needed it because after training today we’re counting the bodies to see if we can meet the minimum 16 players threshold. We’re on our last legs.”

So, too, are Valour’s chances of being one of four clubs to advance to the next stage. It’s complicated, but with seven points on two wins a draw and three losses in PEI, Valour is part of a group of six teams within four points of each other in the standings.

They’ll need to knock off Forge FC in Saturday’s matinee and then need a minor miracle or two to advance. Unofficially, Valour not only has to win, but then have HFX Wanderers and Atlético Ottawa tie their match, with another draw between Pacific FC and FC Edmonton. On top of that, they’ll also need York9 FC to lose to Cavalry FC and then finish with a better goal differential – York9 is currently at +2, Valour is -1.

“They know it. They know the permutations and scenarios and so there’s no sense pretending that they’re not looking at it,” said Gale. “We can only control what we can control and to have any chance of staying in it we need to win. That’s got to be our effort and the focus. Then what will be, will be. 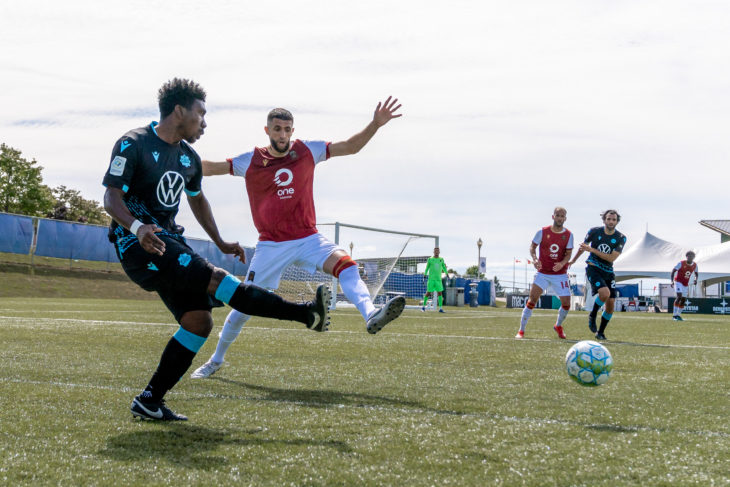 “Unfortunately, not having put Halifax to bed when we should have, we’re on the outside looking in.”

That’s what has made the last couple of days difficult for Valour FC in PEI. The squad thoroughly out-played Wanderers on Wednesday, but fell 2-nil in a game in which two mistakes were critical, as was the lack of touch around the HFX net.

“I would suggest I’ve not seen a more dominant performance in the tournament and by us in the last two years,” said Gale. “We moved the ball, we pressed well, we were getting in the right areas to create chances… we had a header from six yards that didn’t go on target, one flashed across the face of the goal, one off the line, a couple of snap shots… but you’ve got to punish teams when you’re on top.

“When you have that amount of the ball you need the end product. If there’s one criticism of us, I think that is it.”

Indeed, while Valour’s defending has been solid at the Island Games, it does have just six goals in six matches while being blanked four times. This despite leading the tournament in shots. 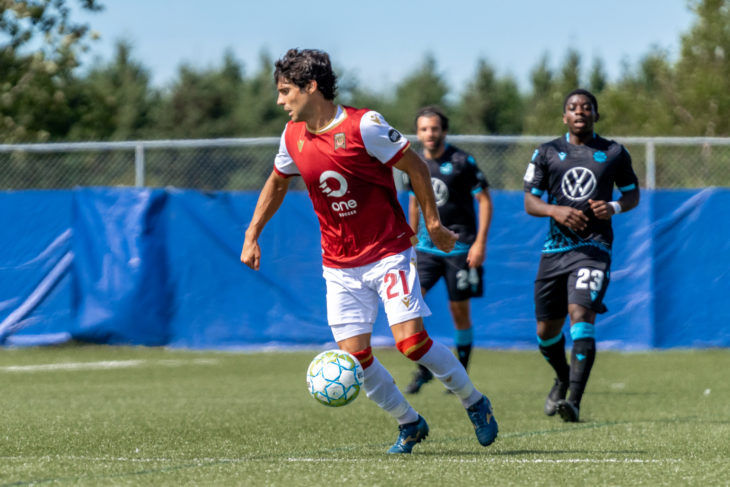 All that is part of the conundrum of Valour FC at the tournament – at times they have looked as dominant as any squad there. But here they are staring up at six teams in the tables.

“Everybody is saying that around camp in discussions with the other coaches, the media, people from the league – our performances have been excellent,” said Gale. “The missing piece has been putting the ball in the back of the net when we’re on top. We had seven shots to three against Halifax before they scored on a deflection after a dubious free kick. You need those breaks.

“No team has had a centre forward that’s scoring freely in the tournament. We just lack that killer instinct in front of the goal. But as I told the lads that (the HFX match) was probably our best performance in terms of all measurables – chances created, expected goals, possession. Could we better in the final third? We’ll absolutely accept that, but there were all the attributes we’re looking for in our team.

“So, we’ll give it our best on Saturday and if it is the end we’ll go down swinging and giving it our all.”

Valour FC will be without D Andrew Jean-Baptiste on Saturday who has not only been the squad’s best player in PEI, but arguably the best in the tournament. Jean-Baptiste was injured early in the loss to HFX and won’t be available against Forge.

“He’s everything we expected him to be,” said Gale. “It’s a loss. And Chak (Hocine) had been injured just before the first game, came in and injured himself again. The way it all went on Wednesday… it just wasn’t falling in our favour.”