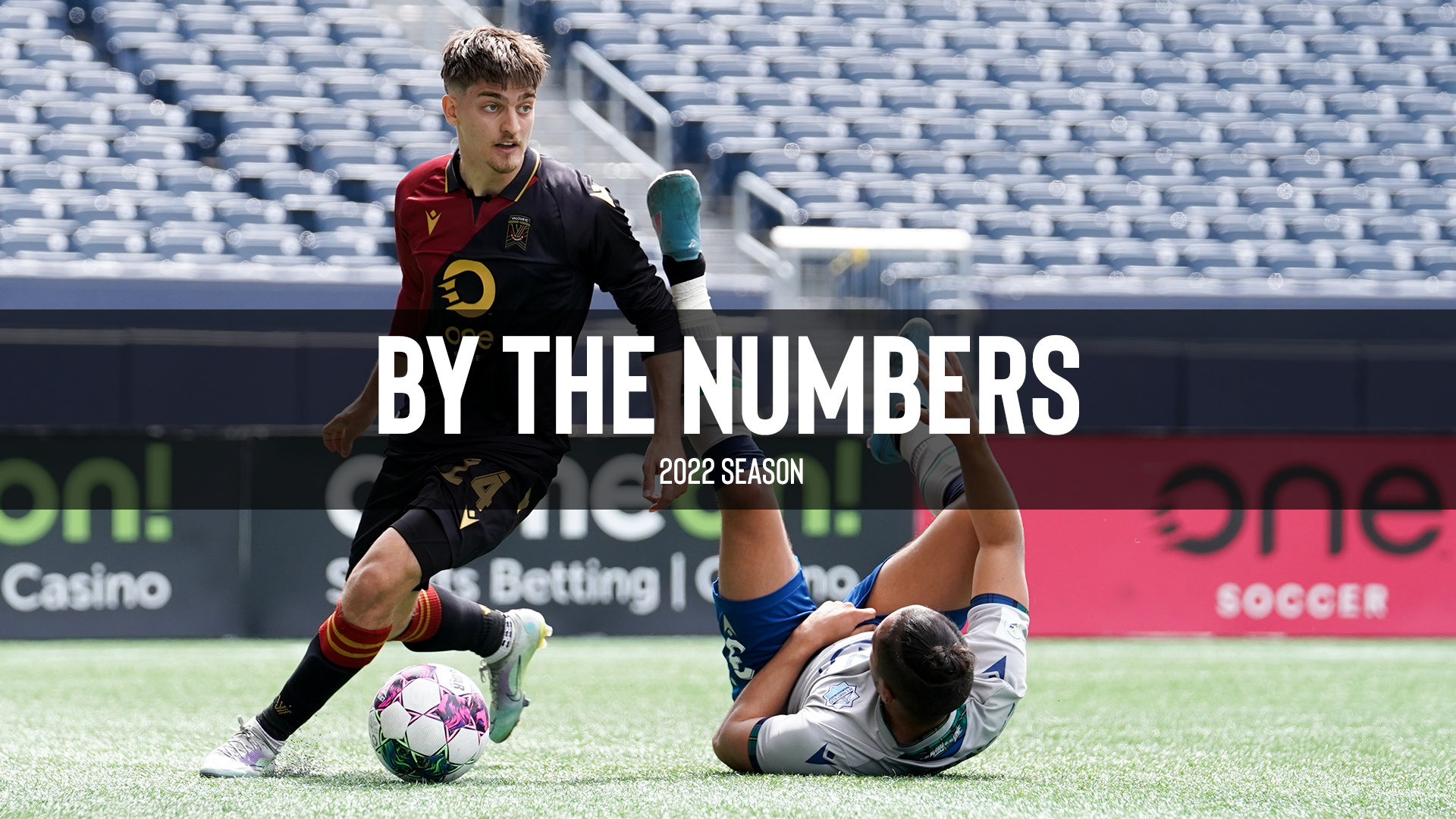 The Canadian Premier League will crown a champion later this month and it wasn’t too long ago that Valour FC appeared to have a legitimate claim to the throne.

Alas, a late-season slump that saw the club go winless in its last five matches extinguished all hope of a first playoff appearance in franchise history, let alone a shot at the North Star Shield.

There are any number of reasons as to why Valour is again on the outside looking in at the four playoff teams above them, having finished fifth overall for a second consecutive season, and among them are the late arrivals of their international players, to injuries, to an inability to secure points in matches they seemed poised to win, or at least draw.

Now, while statistics can be torqued and twisted to present any narrative, they can also be revealing when taken at face value. To that end, here are some critical numbers from Valour’s 2022 season that are telling:

Points by Valour FC in 2022, the club’s fourth year of existence. That is a new franchise record, eclipsing last year’s total of 35. Valour had also tied a club record with 10 wins – matching 2021 – but again finished fifth in the standings.

The club was one point out of a playoff spot last season and finished nine points back of the final playoff position this year.

That number is also a Valour franchise record.

Unfortunately, eight of those goals came in the last three matches of the year – a 3-1 loss to York United FC, a 2-1 loss to Cavalry FC that eliminated the club from the playoffs before a 3-1 defeat in the regular-season finale.

But, after scoring two goals in back-to-back wins over Cavalry and York on August 3 and 7, Valour managed just one goal or less in its final 10 matches.

Valour’s road record this season – three wins, three draws and eight defeats. A big part of why Valour missed the playoffs this year? The club finished the year winless in its last seven matches on the road, including six straight defeats away from IG Field.

Rea also finished second on the team in goals this year with five.

Dyer accomplished the feat in just 21 matches this season before an injury shut him down for the duration.

His 20 goals all-time – including the 2020 Island Games – is most in Valour history.

Points, out of a possible 12, earned by Valour in four matches with FC Edmonton in 2022. Edmonton was the CPL’s worst team this year with just four wins and eight draws against 16 losses.

Combined clean sheets this season for goalkeepers Jonathan Sirois (5) and Rayane Yesli (4). Sirois earned his handful in 19 appearances; Yesli had his quartet in nine matches.

Interceptions by Valour left back/midfielder Brett Levis – most in the CPL.

Red cards issued to Valour this season – most in the CPL and more than double every other team in the league other than York United, which had five.

Valour also had the second-most yellow cards at 70, behind Calvary’s 78.