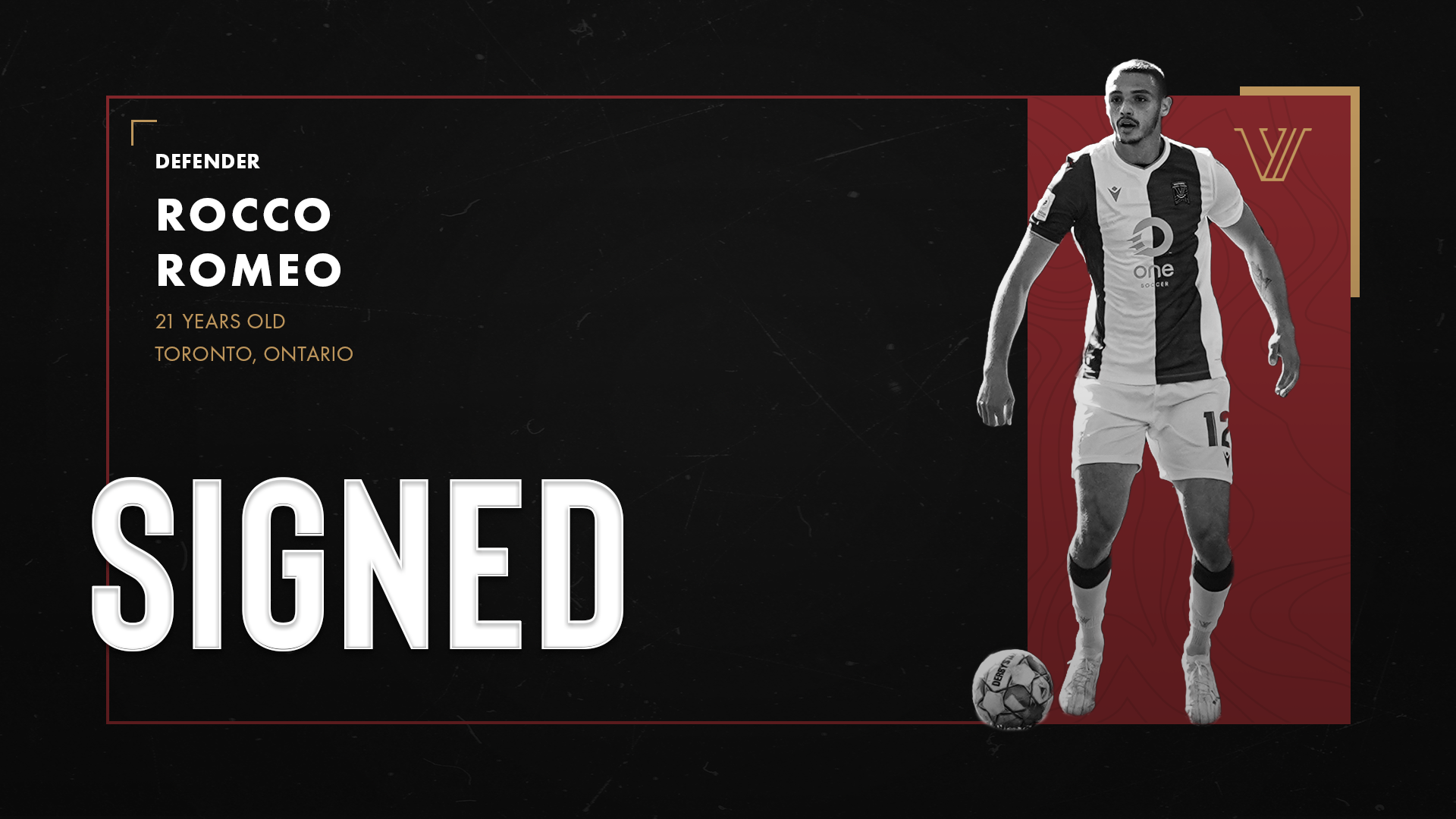 Romeo, 21, joins Valour FC after spending the previous season with the club on loan from Toronto FC (MLS) where he made 18 appearances, totalling 1,620 minutes played and two goals.

“Rocco is extremely passionate and plays with passion and determination,” said Valour FC Head Coach & GM Phillip Dos Santos. “He’s an extremely positive influence in the locker room and has a huge margin to grow and progress. He’s a fantastic professional and we’re excited to see him grow in this environment.”