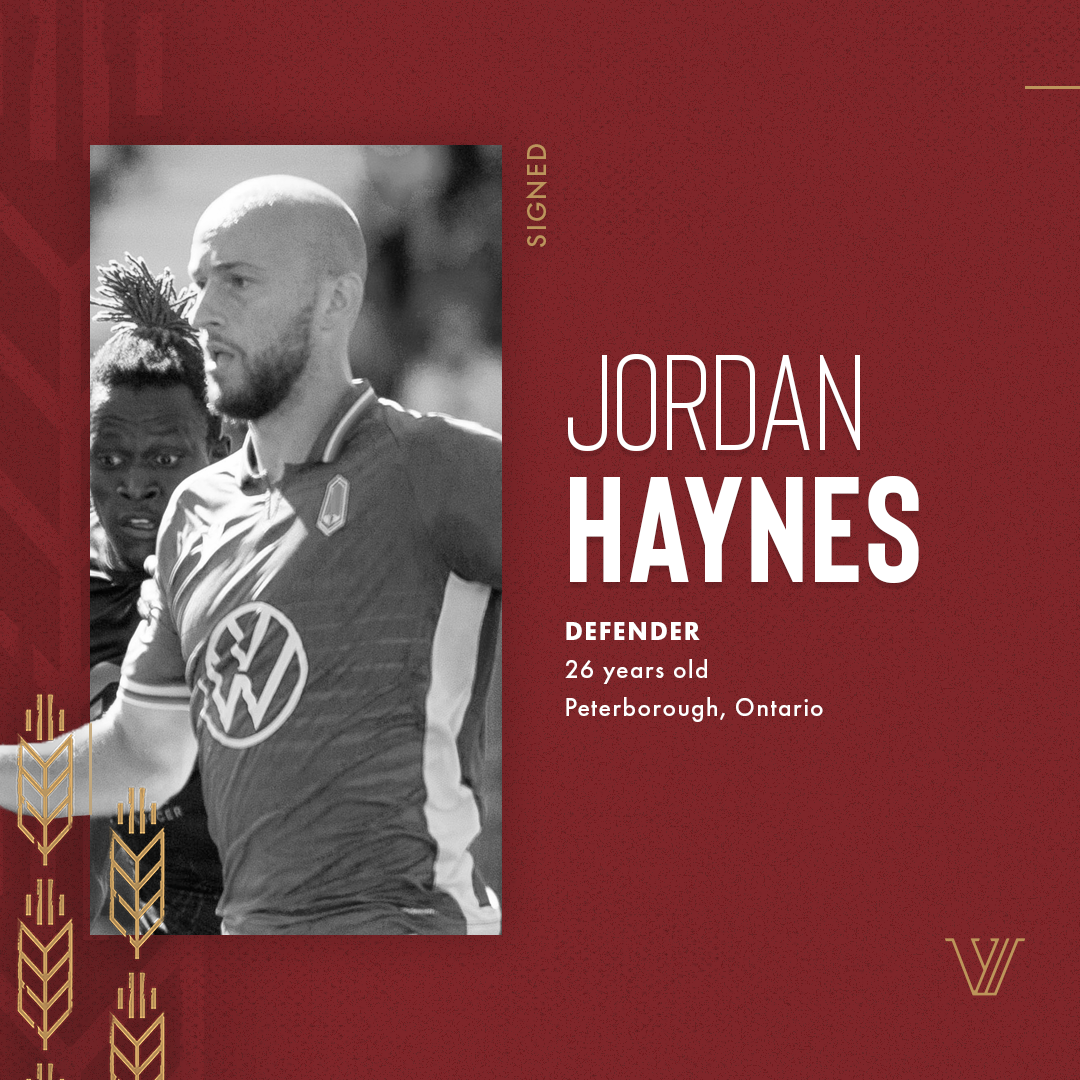 Valour FC today announce that the club has signed Canadian defender Jordan Haynes to a contract.

Haynes, 26, joins Valour FC after spending the previous three seasons with Pacific FC, where he made 52 appearances, totalling 3,499 minutes played.

“Jordan is a great character who adds a lot of quality to our squad,” said Valour FC Head Coach & GM Phillip Dos Santos. “He’s a player who has won in this league and has a lot of experience, which is exactly what we were looking for.”

In 2021, Haynes made 29 appearances, including an appearance in the Canadian Premier League final, where Pacific FC hoisted the North Star Shield.

Internationally, the Peterborough native has appeared in 12 matches for the U-20/U-17 Canadian squads, including a bronze medal win at the 2013 CONCACAF U-17 Championship, where he helped the Canadian squad qualify for the FIFA U-17 World Cup.