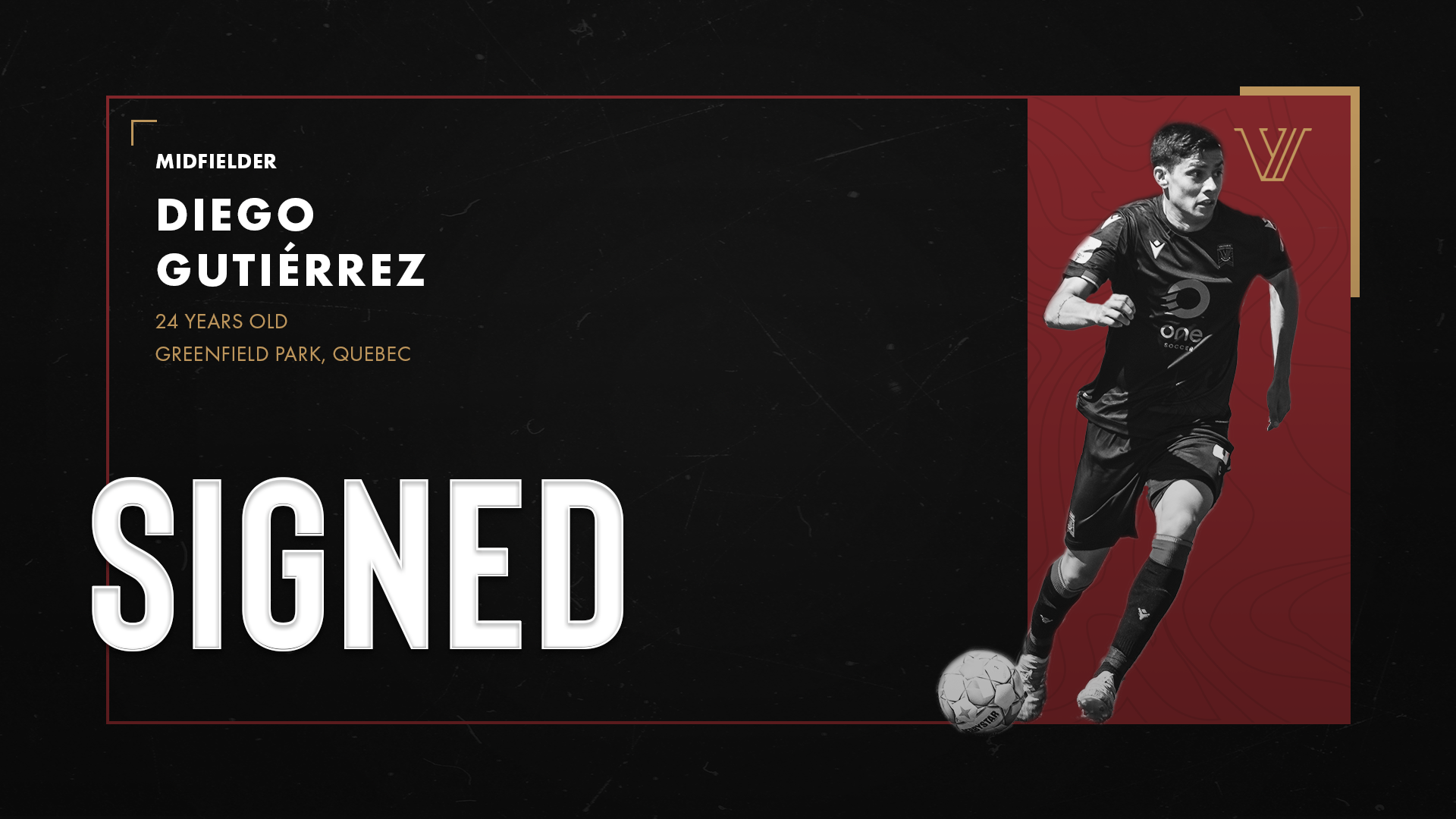 Gutierrez, 24, returns to Valour FC after spending two seasons with the club from 2019 to 2020, where he recorded 2,183 minutes played over 31 appearances. The midfielder spent the 2021 season with A.C. Barnechea (Chilean First B Division), totalling 552 minutes played, one goal and one assist in 12 appearances.

“Diego is someone that fits the positional profile we want to see in our midfielders,” said Valour FC Head Coach & GM, Phillip Dos Santos. “He’s a hard-working player, has high levels of intensity and is good on the ball. He’s extremely energetic and competitive, likes to train and likes to win. It was a no-brainer for us, Diego wanted to be here and we’re excited to have him.”

Gutierrez made his professional debut for Palestino on May 6, 2017 and that same year, received his first call-up to Canada’s U-20 team. Guitiérrez was also a part of the Men’s U-20 international series in Panama, and the CONCACAF Men’s U-20 Championship that was played in Costa Rica in 2017.